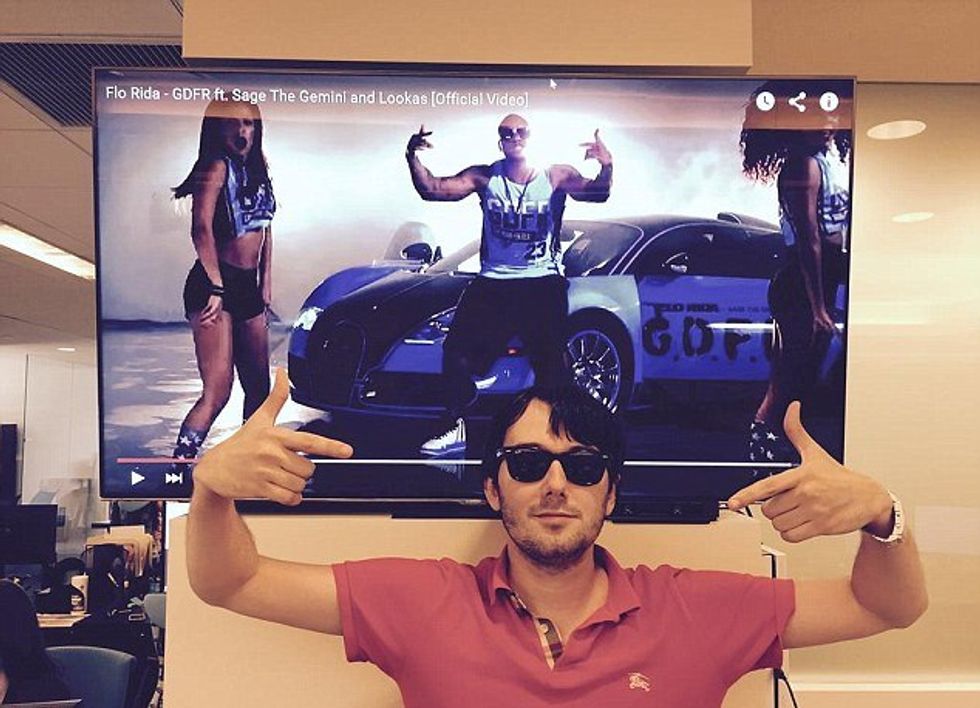 [contextly_sidebar id="dhKz0au58rlB9Hjmloa8ck0Dweo7H634"]Martin Shkreli, the price-gouging douchebro CEO of Turing Pharmaceuticals whose name is so world-wide synonymous with "pharma douchebro" that everyone knows exactly who we're talking about, is in a spot of trouble with The Law. Oh no, how ever will we find a violin tiny enough for this one?

A boyish drug company entrepreneur, who rocketed to infamy by jacking up the price of a life-saving pill from $13.50 to $750, was arrested by federal agents at his Manhattan home early Thursday morning on securities fraud related to a firm he founded. [...]

Prosecutors in Brooklyn charged him with illegally taking stock from Retrophin Inc., a biotechnology firm he started in 2011, and using it to pay off debts from unrelated business dealings.

Ohhhh. So the guy who purchased the drug Daraprim in order to charge two arms and five legs and the life of your first-born, to get obscenely even richer off patients who suffer from a rare and life-threatening disease, allegedly did some illegal frauding at another completely unrelated company? And that company removed him "because of serious concerns about his conduct"? Wow, are we so the opposite of shocked.

Retrophin, the company Shkreli screwed before venturing on to his next start-up to screw sick people for fun and profit, has cooperated with federal investigators to provide them with any and all evidence needed to prove Shkreli is a criming, frauding rotted dingleberry. The company also filed a suit against him in August, for the aforementioned criming and frauding. Not that he cares:

Shkreli spoke cavalierly of the company’s lawsuit, saying, “The $65 million Retrophin wants from me would not dent me. I feel great. I’m licking my chops over the suits I’m going to file against them.”

[contextly_sidebar id="8q5X4pKLUi4uLSrIeTiU7tGiRVbEeO3T"]Funny, now that he's been arrested, he's not flapping his douchehole quite so much, and his lawyers have yet to comment about how he just might have to lick his chops IN PRISON. Awww. Wouldn't it be such a not shame if the price-gouging prick had to do time, pay some fines, and never be allowed to run a public company ever again?

Without knowing the nits and grits of the charges against him, and yeah yeah, innocent until proven guilty, we're inclined to root for Big Government this time (the Securities and Exchange Commission is also considering filing charges against him), because being a criminal as well as being criminally dickish seems like something Shkreli would totally do, and fuck him from now until the Thursday after forever.