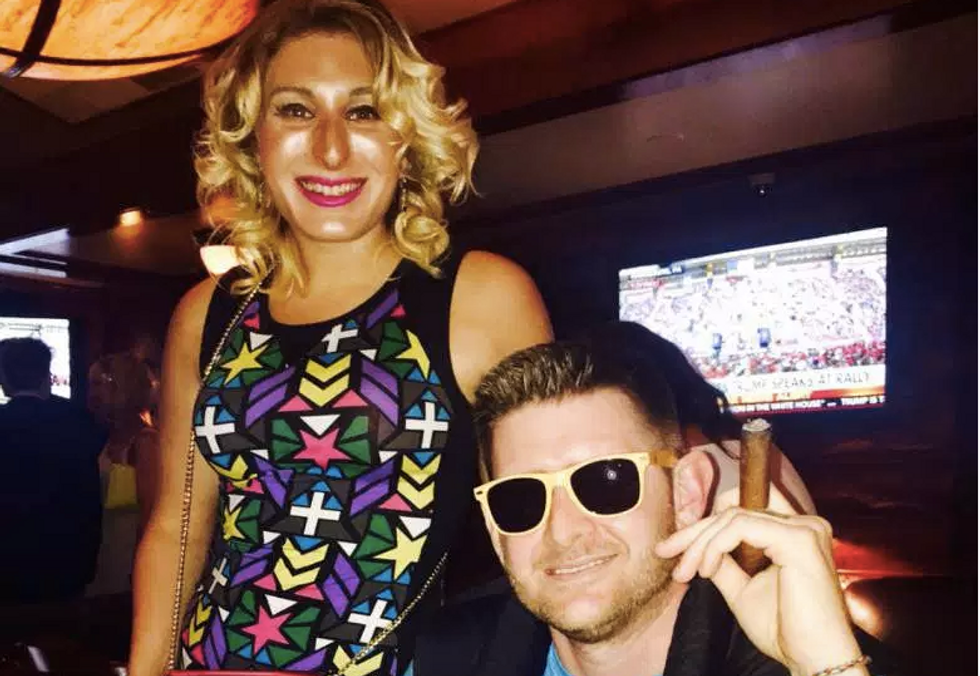 Last night, two morons decided to attend the thee-ay-ter. It did not go well!

Conservative "activists" Laura Loomer and Jack Posobiec went to go see the production of Julius Caesar in New York City that is making all the waves because OH NO, JULIUS CAESAR LOOKS LIKE DONALD TRUMP AND HE GETS STABBED, which is definitely a call to assassinate Donald Trump. Or, rather, can be interpreted as such if you have zero familiarity with the play itself, or the fact that it's also been staged with a dude who looks like Obama, or the fact that there are ALWAYS Shakespeare productions in which one of the characters is supposed to be representative of whoever is currently president.

In the middle of the production, Loomer got up on stage and started yelling stuff like “Stop the normalization of political violence against the right!” and “This is violence against Donald Trump!” -- which led to her being hauled off stage and later arrested and charged with trespassing and then released.

Then, Posobiec stood up and started yelling "You're all Goebbels!" and "You are all Nazis like Joseph Goebbels! You are inciting terrorists! The blood of Steve Scalise is on your hands!" A tale, told by an idiot, full of sound and fury, signifying nothing.

Damn all those Shakespearean actors who made it easy for a guy with a history of domestic violence to get a gun and hurt poor Steve Scalise! It's kind of amazing that with all the pervasive right-wing violence in the country, and hate crimes on the rise, that these people have the gall to believe that violence against the Right, as supposedly encouraged by theater people, is a particularly pressing issue. It is not.

You know, there's a quote from Julius Caesar that seems appropriate here. "What we wish, we readily believe, and what we ourselves think, we imagine others think also."

Loomer previously worked with James O'Keefe at Project Veritas during college, where she did super important things like try to convince people at at Miami Shores University to allow a club that supports ISIS, in order to prove that all the college liberals love ISIS. This is what she did at school instead of attending English classes in which she might have learned all about the play Julius Caesar, and how it does not in any way endorse political violence or assassination.

Another time, Loomer put a burqa on the Fearless girl statue in order to "expose" the hypocrisy of feminism and social justice.

Posobiec is known best for being just the kind of Alt Right Pizzagate troll that gets White House press passes these days. Most recently, Posobiec started a whole weird conspiracy theory claiming that James Comey had said Trump did nothing wrong during his hearing, due to having misinterpreted a thing Comey said. He is exhausting and terrible.

Both Loomer and Pobosiec work for The Rebel, a conservative media outlet that is also currently raising money for Loomer's defense.

Brother, can you spare a dime? Or multiple dimes? Click below to give Wonkette some of them!