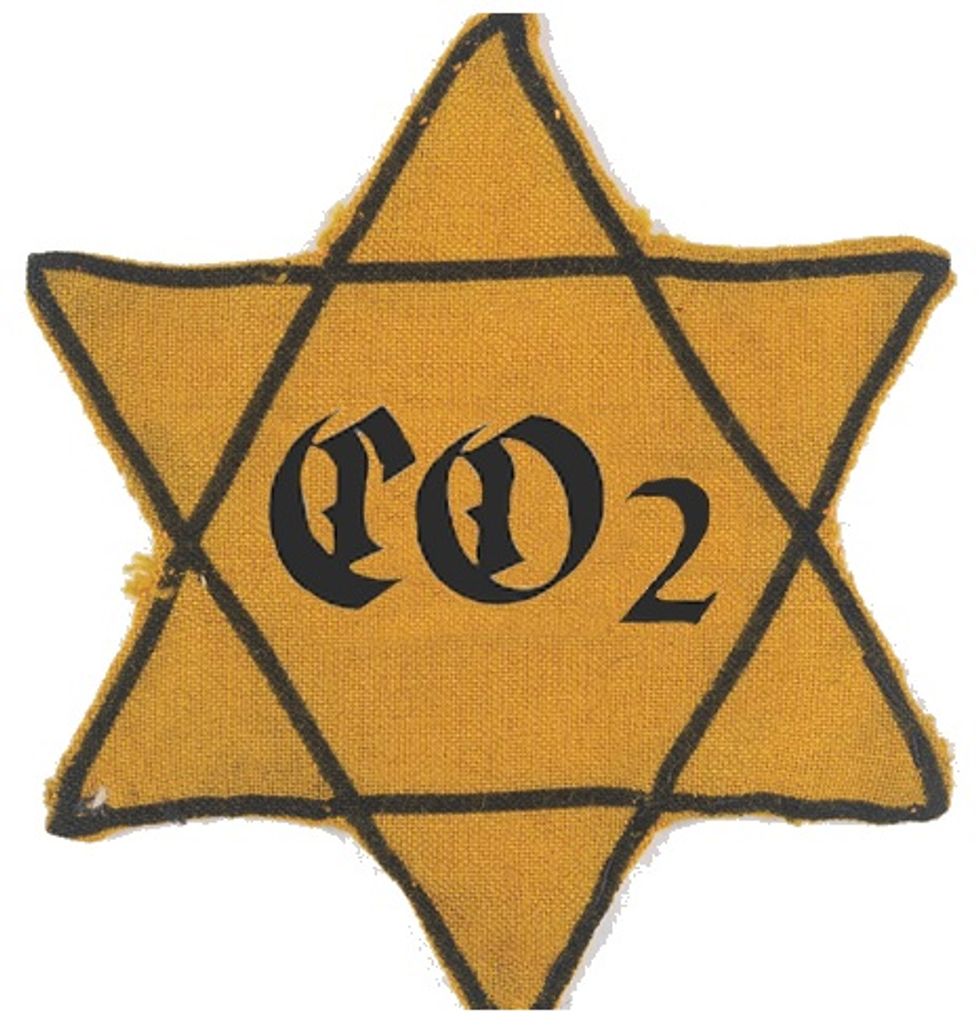 Just when you thought that the internet had pretty much plumbed the depths ofall possible dumb Holocaust analogies, along comes CNBC guest "expert" William Happer, who somehow is a professor in physics at Princeton and also a global warming denier. On CNBC's Squawk Box the other night, Happer explained that not only are pretty much all climate scientists wrong, but that poor innocent carbon dioxide itself is getting a bum rap, and is being demonized exactly like "the poor Jews under Hitler,” because presumably tiny little trains are about to start deporting all the carbon atoms to death camps where they will be fed to hungry phytoplankton or something.

The inelegant analogy arose when CNBC host Andrew Ross Sorkin objected to Happer being represented as an "expert" since he's not a climate scientist (he's produced no peer-reviewed papers on the topic, and is employed by the energy industry), and doesn't "believe in climate change at all" (not that science is a matter of "belief" in the first place). Hopper jumped in and exclaimed, “Just a minute! I believe in climate change. Shut up!”

Because while science isn't a matter of "belief," it definitely is a matter of "shut up!" and then things got weird:

Sorkin reminded the professor that he had compared climate change to the Holocaust in 2009.

“Are you suggesting that — when you made that comment -- that climatologists and climate scientists are the equivalent of Hitler and Nazis?” Sorkin wondered.

“You know, I get called a denier, and anyone who objects to all of the hype gets called [a] denier,” Happer opined. “That’s supposed to make me a Holocaust denier. You know, I’m getting tired of that.”

It takes a mighty big man to reduce an entire people to the equivalent of chemical elements.

Which, frankly, is what Hitler actually did.