Please Train Your Replacement On Your Way Out! This Week In Corporate Layoffs 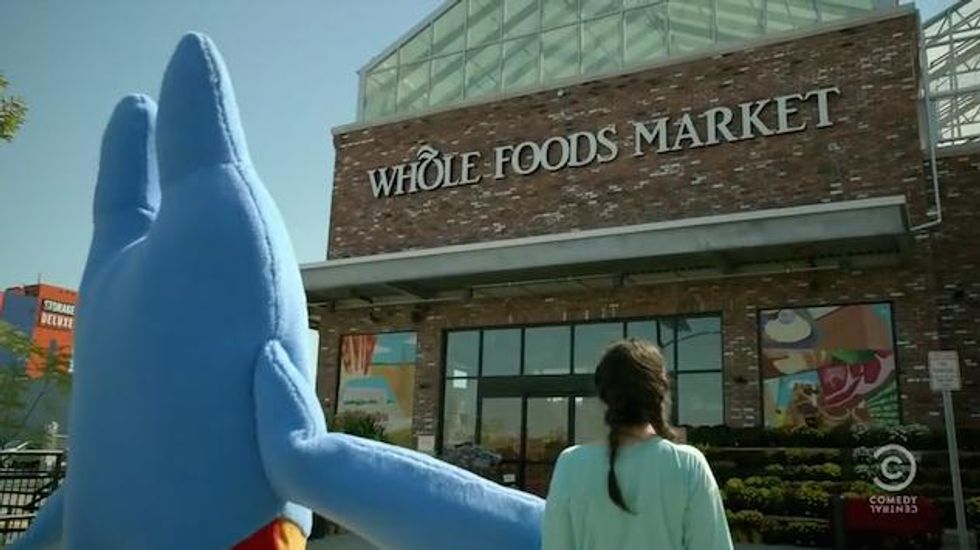 Pursuant to his well-conceived campaign strategy of lobbing baseless hyperbolic gibberish bombs, Donald Trumpjust surprised the nation by letting us know the unemployment rate is, in fact, not 5.1 percent and actually might be 42 percent. Sure, why the hell not? Give that guy another bump in the polls and a one-hour CNN profile.

Does this alarming news register with our star-spangled Corporate Persons? Or is it possible that, as far as Corporate America is concerned, their enumerated task of "job creation" is a tad overstated, especially with all the newfangled Obamacare-exempt robots and the insane productivity of the debt-ridden American worker? Besides, the stock market still hovers around record numbers, and Luke Russert still has a job, so how bad could it be?

Unlike Trump, we haven't talked to any "great economists," so maybe he is on to something. He's not, but we don't want to be accused of Liberal Bias and laid off like these poor souls ...

The H-1B visa program allows American Corporate Persons to bring over the best and brightest foreign workers so the companies can harvest and exploit the immigrants' delicious nerd brains and PROFIT! It's a decent concept, right?  But here's the thing - and we know you'll all be shocked - our bighearted Corporate Persons are exploiting the program by using these visas to accelerate their prolific outsourcing operations.

Temporary H-1B visas are limited to 85,000 each year. In the last five years, federal records show, most of the companies that received the largest share of H-1B visas have been global outsourcing firms, including TCS; Infosys, another large Indian company; Cognizant, which is based in the United States; and Accenture, a consulting operation incorporated in Ireland.

Cheap plastic purveyor Toys 'R' Us is one Corporate Person taking advantage of the program and not for tricycle technicians or doll pyramid architects. It's obtaining these visas to replace boring stiffs like accountants. The current employees, many of whom have spent years under the hoof of the cartoon giraffe, are then forced to train their Indian replacements in what is called a "knowledge transfer," all the while knowing they're getting booted. In an exercise that's surely excellent for morale and self worth, they have to maintain a smile during that "transfer" in order to stay qualified for their token severance. Pick up the Lego Department Of Employment Security set next time you're in a Toys 'R' Us.

As noted, the H-1B program is only supposed to apply to exceptional foreign workers with “highly specialized knowledge” (usually science-y). The best part - and by "best" we mean "most fucking ridiculous"- is that the employers like Toys 'R' Us have to sign a declaration stating the foreign workers “will not adversely affect the working conditions” of Americans or lower their wages. Yet somehow our gluttonous Corporate Persons blindly proceed with their "cost savings," coaxed by the Invisible Hand and undeterred by the pretty specific visa requirement. Corp-splain THAT to us, Toys 'R' Us spokeswoman Kathleen Waugh:

[Waugh] said the staff reduction there was part of “designing a streamlined, more efficient global organization to make it fit for growth.” She said the contractors were required to comply with “any and all immigration laws.” The outsourcing, she noted, “resulted in significant cost savings.”

Not to impugn the foreign workers coming over to train and steal these jobs. Do what you have to do to get paid. It's not your fault. But it's likely there's nothing exceptional about you. You may have good handwriting or be able to touch your tongue to your nose, but when it comes to corporate accounting, you ain't shit. You're just cheap.

Speaking of cheap, that word rarely comes up when shopping at Whole Foods (WFM.O $33.34. 52-Week high: $57.57; 52-Week low: when you waited in a six-person line to talk to a cheese consultant), Whole Foods and its crazy-ass CEO are cutting an unprecedented 1.6 percent of the company's workforce.

In a move that's definitely NOT related to getting busted for mislabeling and overcharging for artisan granola, Whole Foods cuts costs and "tries to shed its reputation for high prices." In the meantime, it looks like they'll still be offering tours of their stores. "Hey look, some organic baby food. Get out that selfie stick!"

In addition to its too-bad-so-sad restructuring, the struggling douche chill shop is engaged in some further Corporate revamping.

Whole Foods also plans to launch a chain of smaller, more value-focused stores next year, which it has said will be "technology-oriented."

Hey, a "technology oriented" grocery store. What on earth could that mean? (It means fewer pesky managers and cashiers to lay off and give shitty severance packages to the next time the Whole Foods' chiefs need to bump profit margins so they won't get mocked by colleagues on the golf course.

Whole Foods has seen an increase in stock price since the announcement because of course it has ...

Facing FY2015 Net Income of a mere $16 billion, this time it's the white collar workers getting bounced from Walmart. Layoffs will reportedly include 500 management employees located at corporate headquarters in WalMartland, Arkansas.

Walmart stock has dipped 26 percent this year, and we all know who's to blame for all the Doubting Thomases at the the big investment firms. (Hint: It's the plebes!)

The cuts come as the world's largest retailer struggles to shore up its profit margins, which have been weighed down by a $1 billion investment announced earlier this year to increase wages for half a million store-level workers and other cost pressures.

That $9 an hour starting wage will get you every time, Wall Street.

For those of you #blessed with jobs that you probably don't care about, don't forget it could be much worse. At pretty much any time you could be laid off, restructured, fired, or forced to train your replacement (which is kind of like being a parent). Carry on, amigos.