Politico Writes Dumb Thing About Elizabeth Warren. Shall We Read It, Together? 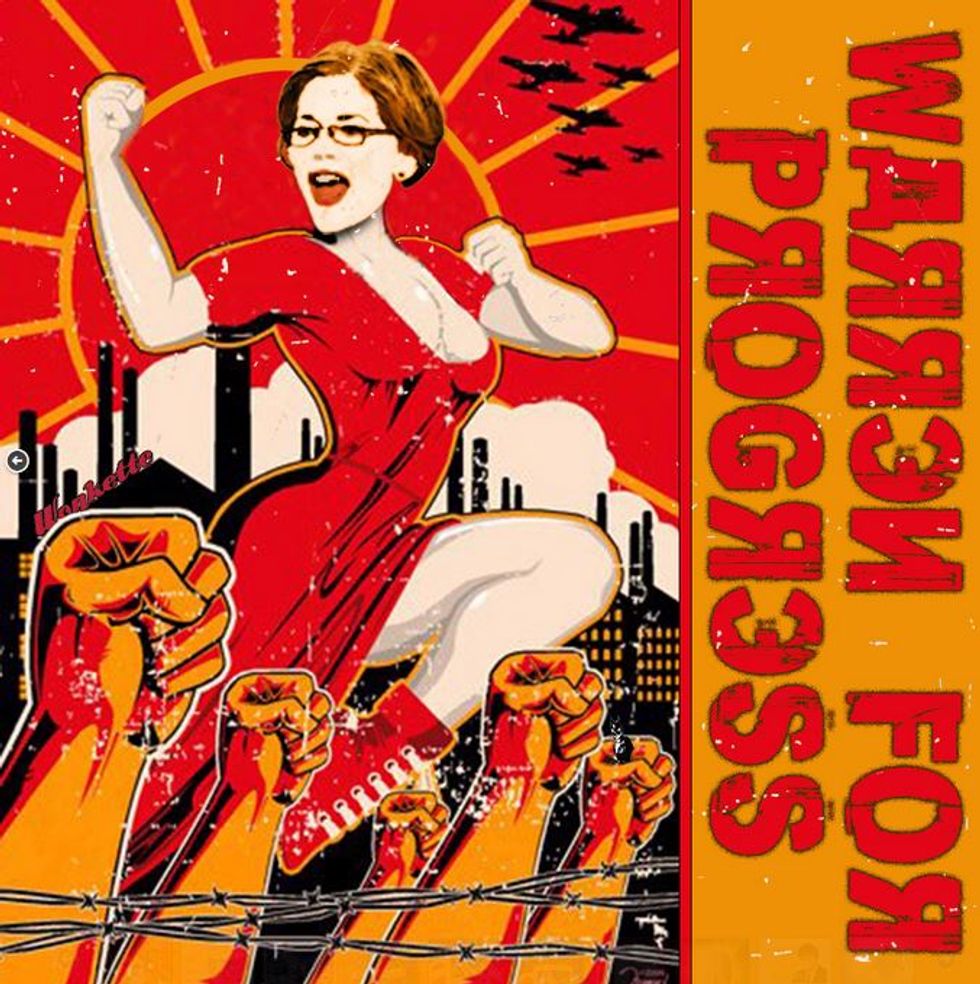 So Politico has a bright shiny thing about how our dear Old Handsome Joe Biden wanted Elizabeth Warren to be his vice president, should he have run. Everyone wants Elizabeth Warren to be their vice president. Donald Trump is trying to figure out RIGHT NOW how he can take back all the times he made hilarious jokes about her fake Indian (not fake Indian) heritage, so he can ask her to pretty please be his vice president too! But that is not what this post is about. This post, instead, is about one very stupid paragraph in that Politico piece, and making a federal case out of it, because hey, it is Friday.

Warren — to the delight of Clinton’s staff — has recently trained her fire on Donald Trump, a move that many Clintonites interpret as evidence that the darling of the Democrats’ anti-establishment wing might be willing to accept Clinton, despite the front-runner’s deep and lucrative connections to the New York financial services sector.

Really? MIGHT she? MIGHT Elizabeth Warren be willing to accept Clinton? The woman Warren urged to run for president? The bad old bank-lover whose opponent Warren had the opportunity to endorse and yet somehow never managed to find the time? That is some hypothetical, whether or not Warren "might" accept her instead of telling her to fuck right off with some sort of unpleasant off-fucking implement!

Unless Politico is saying she "might" accept Clinton's offer to be her running mate, which, yeah, is actually much less clear.

We, for one, are unwilling to give Politico the benefit of the doubt, because whatever they suck.