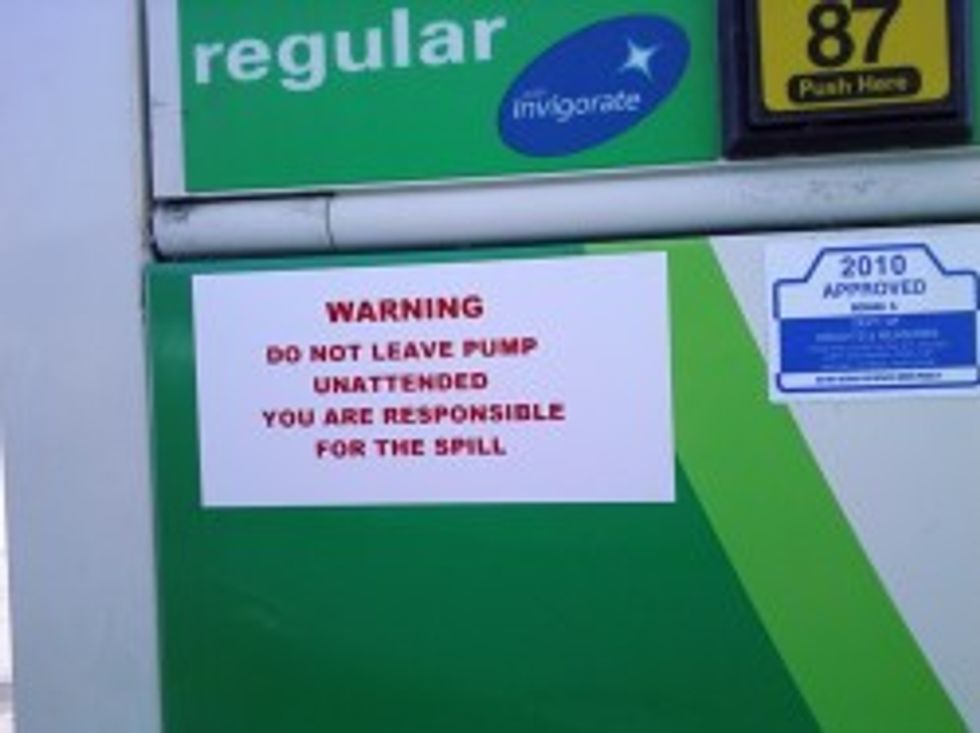 So eleven people are dead. And alsomore than 8,000 birds, sea turtles, and marine mammals were found injured or dead. And there are over 200 miles of coastland that are still saturated with oil. AND NEVAR FORGET THE EYELESS SHRIMP! Big deal, who cares, let's not cry over spilled milk, and let's CERTAINLY not blame BP or ask them to pay for the damage they've caused. That would be silly, you guys. Don't be silly. And hundreds of miles of damaged coastline, thousands of dead animals, tens of thousands of lost jobs, and millions of dollars in damaged property and lost revenue--well, that's maybe worth a billion dollars? OK, a couple billion dollars if BP is feeling really generous. But it's certainly not worth $21 billion dollars, that is excessive, says BP!

The trial could potentially result in $21 billion in civil damages for BP, but the company said on Tuesday it would rather take its chances in court than continue negotiations with federal government lawyers.

"Faced with demands that are excessive and not based on reality or the merits of the case, we are going to trial," said Rupert Bondy, the BP's general counsel, said in a statement.

Given that they ruined the Gulf of Mexico for just about everyone except oil companies, we think that $21 billion is more than fair, but that is why we are not the CEO of a company that posted a $5 billion profit last quarter and spent almost $7 million lobbying Congress in the first nine months of 2012.

Anyway, valuing your property and livelihood, thousands of animals, and an entire ecosystem at $21,000,000,000 is excessive. Maybe BP can ask ex-CEO Tony Hayward for some of the $17,000,000 in his pension fund to subsidize it?