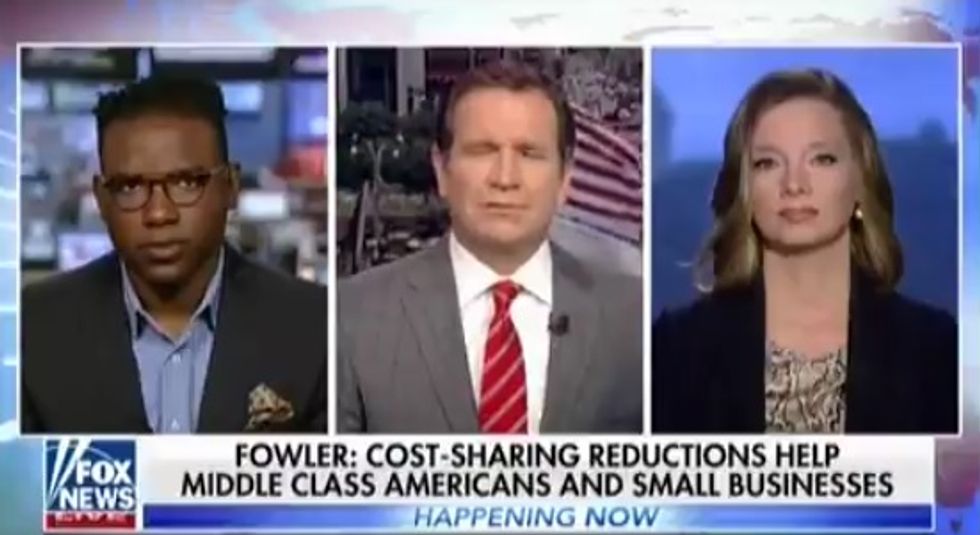 Fox anchor: If we help the poor afford health care, what's their motivation to live a healthy lifestyle?

... seriously, he asked that pic.twitter.com/CgPRwzQP36

Here is a video of a Fox News douchepecker worrying that if we help poor people get healthcare, then "what's the motivation for them to live a healthy lifestyle?" Because as we all know, there are few things people love more than getting sick and going to the hospital just because they can afford it.

Let's establish a few premises here shall we? Let's assume that poor people aren't brainless automatons that can be turned on and off at the whim of their overseers. Let's also assume that poor people don't exist merely to spite the GOP (though I do have to tell you I enjoyed that part of poverty.) Let us further assume that nobody at Fox has ever actually figured out what "incentives" are or how they work, because they would have had to read a goddamned econ book and we all know that's unlikely.

THE WHOLE ENTIRE FUCK DO YOU MEAN WHY WOULD POOR PEOPLE MAKE HEALTHY LIFE CHOICES WITHOUT GOVERNMENT SUBSIDIES ARE YOU HIGH? Dude, the reason I ate shitty food when I was poor is because the good stuff is fucking expensive. You know why I didn't see a doctor for over a decade? I worked at minimum-ish wage, where "doctors" are mythical beasts we hear about from people lucky enough to have seen them in the wild.

You know what I wanted when I was poor? Fucking sleep. That was IT. I wanted to sleep for days. You want me to be healthy, GIVE ME A DAY OFF, MOTHERFUCKER. You know, at fast-food joints management has to certify three times a day that nobody on crew is showing signs of visible illness. And every day they lie because if you catch a cold you're going to work through it. I mean "throw up in the trash then wash your hands and get back to work" kind of work through. I mean "double up on the DayQuil until you're shaking so you don't sneeze on the food" kind of work through. I mean "pass out in the kitchen, split your head open on the corner of the grill, then go sit in the freezer for five minutes until you can cook more" kind of work through. Hell, I saw a dude fry his hand and then clean the fryer before he went to urgent care.

Fuck you, talking about health in the underclasses. You want me healthy? Start by giving me fucking oven mitts at work. Sick leave. A job that pays enough that I don't have to work 16 hour days nonstop for months. I don't need your smarmy fact-free babble in my day, Suit Guy who's got a half-million dollar contract and an expense account. Hell, I was an overnight line cook and I could tell you what behavioral economics is. This isn't even lazy, this is someone reading the Cliffs Notes version of the Cliffs Notes of Adam Smith and crowning himself a genius.

In conclusion, fuck Fox News as ever and this guy in particular. May they all be served food forevermore by people carrying virulent new strains of intestinal disorders who were too tired to remember to wash their hands.

Keep your writers from horrible working conditions and pay us here!