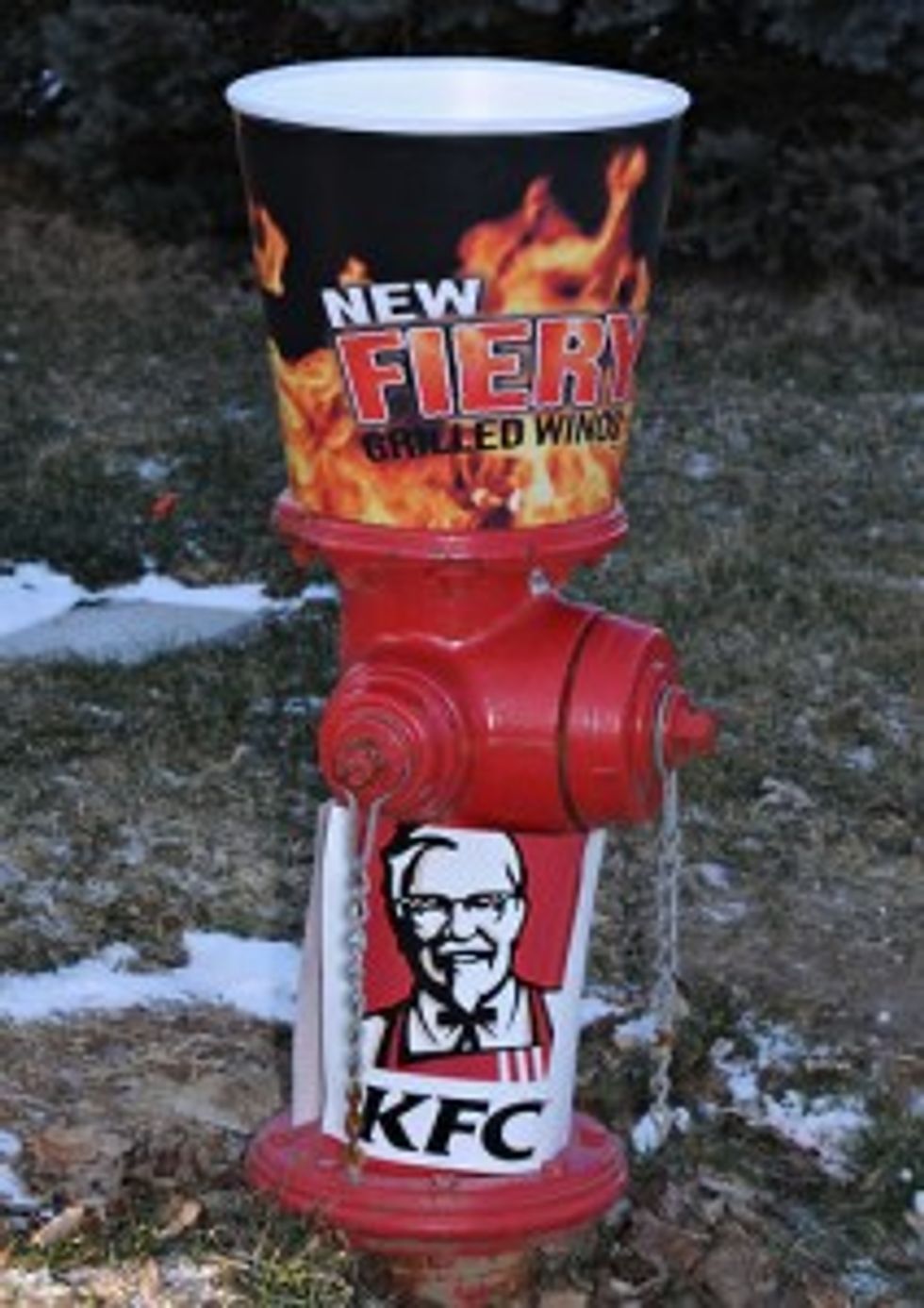 Some six thousand years ago, when George Washington and Jesus were walking through colonial Williamsburg with their friends the dinosaurs, our Founding Fathers wrote a Constitution laying out a broad vision for what government should and shouldn’t do in a free country. Their “should do” list was fairly basic: “establish Justice, insure domestic Tranquility, provide for the common defence, promote the general Welfare, and secure the Blessings of Liberty to ourselves and our Posterity” and so forth.

We like it when fire departments keep our meth labs from burning down, but by gumit, we’ll be damned if those parasite looters think they can tax us to pay for it. Instead of behaving like a society of self-reliant grown-ups, we let Kentucky Fried Chicken fix broken fire hydrants in exchange for “branding” opportunities.

KFC became a pioneer in this kind of unconventional ad placement earlier in the downturn, when it temporarily plastered its logo on manhole covers and fire hydrants in several cities in Indiana, Kentucky and Tennessee after paying to fill potholes and replace hydrants.

Pizza chains now advertise on some school buses, as a growing number of states consider allowing school districts to sell ads. The Baltimore City Council member who wrote the legislation urging the city to sell ads on fire trucks, William Welch, said he was simply trying to find a way to help the city meet its growing needs in a time of dwindling revenues and support.

Pretty soon your local firemen will use water Brawndo seasoned with the Colonel’s secret blend of herbs and spices to save your doublewide from melting into a festering clump of charred vinyl.

Dystopia! Brought to you by Carl’s Jr. [NYT]