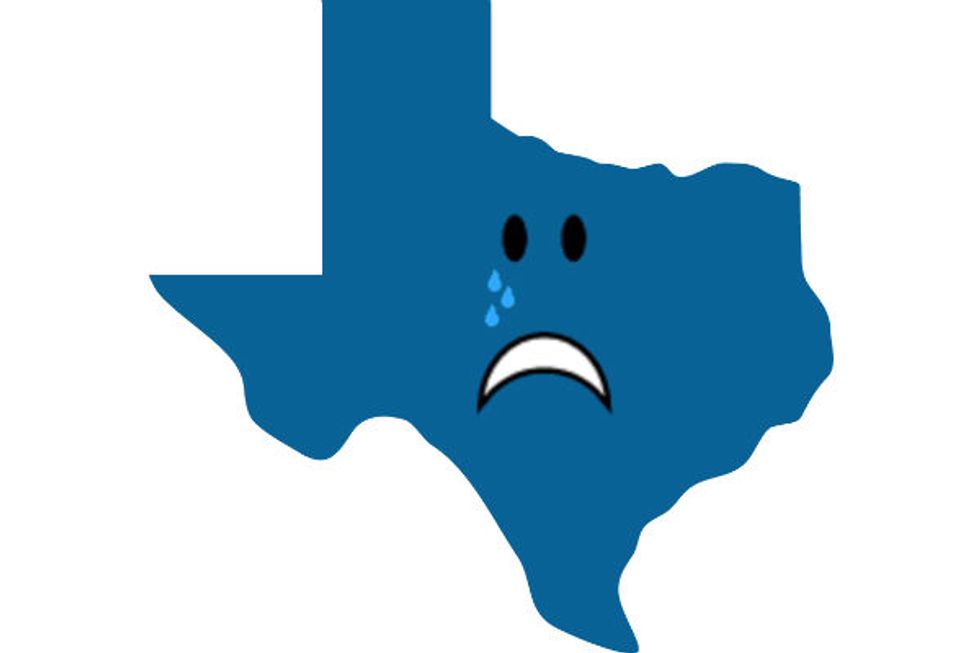 If there is anything Texas wants -- well, Texas Republicans, anyway -- it is to defund Planned Parenthood. They want it so bad. Why? Well, because they really hate abortions and also, I assume, don't think having the highest maternal death rate in the developed world is any reason to fund organizations related to women's health. That would just be silly!

Anyway, back in December, Texas cut off Medicaid funding to Planned Parenthood clinics on account of the fact that some doofuses edited a video to make it look like Planned Parenthood was selling fetal remains, which repeated investigations have proved they were not in fact doing.

On Tuesday, however, Judge Sam Sparks issued an injunction against the state, along with a 46-page ruling telling the state that they can't take away Planned Parenthood's Medicaid funding "without any evidence indicating an actual program violation warranting termination."

Naturally, Texas Attorney General Ken Paxton's heart was just broken over the ruling. How could this be? Why would he need evidence to do something like that? Can't he just make up facts and then make policy based on the facts he just made up? What is the point of anything anymore if he can't do that? So weird!

Noting said debunked video, Paxton said that "no taxpayer in Texas should have to subsidize this repugnant and illegal conduct" that was not actually happening.

You know, I may personally believe that Ken Paxton is actually a cannibal who feasts on the hearts of women who die in childbirth or from illegal abortions. Should Texas really be funding him? I mean, I made that up right now, but I have just as much evidence to prove that as he does to prove that Planned Parenthood is selling fetal remains.

This is, of course, hardly the last of Planned Parenthood's troubles; Donald Trump and Paul Ryan have both stated that they plan on defunding Planned Parenthood on the federal level, on account of the fact that they think that allowing them to take Medicaid and Title X funds somehow translates to "subsidizing abortions." Because god forbid they check with someone who even vaguely understands how either medical billing or 501(3)cs work before settling on a national policy. That would just be silly!

Perhaps next time we have a Democratic majority, we can work on passing some kind of law that bans making laws based on shit you just made up ten minutes ago. That would be nice.