Poor Wells Fargo Bankers Have To Give Back (Some) Fraud $$$. How Will They Even Live? 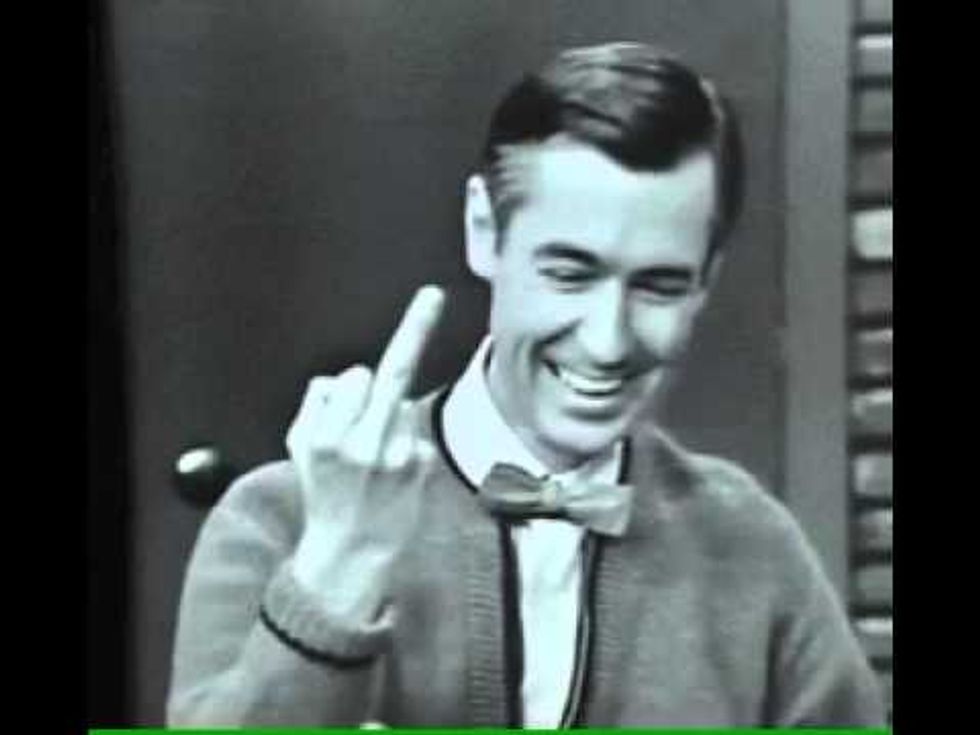 You may remember the year 2008, in which we all discovered that bankers have no sense of self-preservation. We also learned that their souls come cheap, as many of them ignored the most basic investment advice and sold low. A million bucks sounds like a lot of money objectively but I think if they had held out they could have pushed the market value of a soul up to maybe double that!

Anyway, after they destroyed the entire world's economy and wiped out the wealth of every grandma they could find by inventing thing like synthetic collateral debt obligations, the government got Very Angry and gave them billions of dollars to prove how mad everyone was!

But there seems to be some kind of legal or at least PR distinction between making up entirely new investment vehicles based on Three Card Monte to make money by essentially defrauding customers, and making up entirely new bank accounts without customers' permission to make money by essentially defrauding customers, and anyway people were starting to get a bit edgy about how the economy is still shitty for most everyone but the markets have been doing that bubble thing again (MORAL HAZARD!) and so two people have been sacrificed to the PR gods. This is what we call the Invisible Hand which as we all know has been insulting us for decades now.

Wells Fargo, whose board is trying to tell us that they were in an Enron situation and JUST DIDN'T KNOW about the massive and nationwide fuckery that was putting up those big numbers, has decided to "claw back" a bunch of money from two former executives. Now, that sounds painful but don't worry too much, they don't have to actually return all that in money! They're just not getting the stock options they already forfeited, which will SHOW THEM!

A lady called Carrie Tolstedt who was the head of community banking and this guy John Stumpf who was CEO of Wells Fargo at the time decided that they wanted to put up a bunch of money on the books so our dear friend Carrie demanded inhuman sales rates on new accounts from local branches, incentivizing fraud, and Stumpf was not dumb enough to ask questions which worked out until other people started to wonder why there were all these accounts on their credit histories and whatnot! Wells Fargo has paid out $3.2 million to the people it defrauded. Ms. Tolstedt will lose $67 million and Mr. Stumpf will lose $69 million, which seems like a lot until you remember that MUCH OF THIS IS IN STOCK OPTIONS WHICH IS NOT MONEY LIKE US PLEBES THINK OF IT.

This all came about because the board of Wells Fargo was eventually informed of the shocking information that bankers are 100 percent willing to break the rules to get their yearly bonuses and so the board commissioned a report, which is SOP for boards that want to look like they are Stamping Out Misbehavior and Looking Out For Customers and whatnot. One wonders whether the money maybe blinded them? According to the LA Times in late 2013, "In reporting a record $5.6-billion quarterly profit in October, Wells Fargo said it averages 6.15 financial products per household — nearly four times the industry average."

Now how did it get that? Well: "one former branch manager who worked in the Pacific Northwest described her dismay at discovering that employees had talked a homeless woman into opening six checking and savings accounts with fees totaling $39 a month."

The board is not upset enough about either the fraud or the PR to just admit they did a Bad Thing, though, before you start thinking maybe these guys just got screwed by the management. Instead they fought the class action brought by customers given fraudulent accounts because of course they did!

Ms. Tolstedt is, entirely unpredictably, refusing any blame for this fiasco. We are sure that she and Mr. Stumpf are sorry they got busted and also that the fact they can still probably afford to spend the rest of their lives in luxury will salve the wounds they surely feel at fucking over homeless ladies and low-level employees and the public generally.

And besides, it's not like financial fuckery on a massive scale is a career-killer: Jack Abramoff is doing very well these days!

In closing: the banks are self-regulating just about as well as they did in 2006 and the markets are up and everything is fine, nothing to see here, go look for fraud in food stamps or something and don't bother us!

Help us avoid the strong temptation to create nonsensical financial products and force you into them by giving us money!