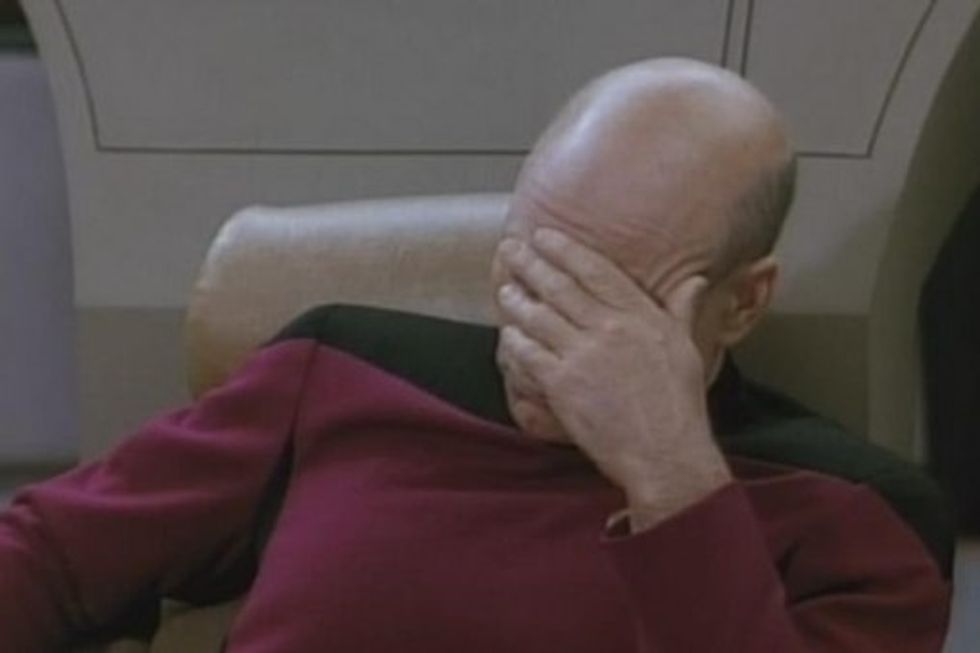 Never mind that handshake between the two commies, the real question at hand is what the heck is that guy next to the podium doing? According to deaf South Africans, it sure as hell isn't South African Sign Language (and it's also not American Sign, either). As far as anyone can tell, the guy is just making up gestures, repeating himself, and "signing" gibberish:

Bruno Druchen, the national director of the Deaf Federation of South Africa said the unnamed man seen on television next to leaders such as US President Barack Obama "was moving his hands around but there was no meaning in what he used his hands for."

How did this happen? Who is this man? Was this all part of George Costanza's wacky scheme to try to impress Marlee Matlin?

The organizers of the memorial have not yet figured out exactly what went wrong, but the Washington Post notes that part of the confusion may involve one bit of unpleasant history from apartheid (which, as we know, was otherwise pretty good):

As late as the 1980s, South Africa employed different sign languages for whites and blacks, making it next to impossible for deaf blacks to get jobs or educations ...

Since the mid-1990s, South Africa has adopted one sign language, SASL, and a set of educational policies that encourage it to be taught in schools. But interestingly, the new language is still in the process of being codified, which means there’s no single, standard form -- and according to the Deaf Federation of South Africa, not all language schools there use it. In fact, in 2008 there were only six professional, accredited SASL interpreters in the entire country, a situation that University of Cape Town researcher Marion Heap, writing in the Cape Times, called an “urgent” public health risk.

We're eventually going to find out just what the hell was going on -- our money is on bureaucratic indifference combined with the "interpreter" turning out to be a friend of a nephew of somebody involved in planning the event. NPR reports that the same "interpreter" was the focus of a complaint by the Federation of the Deaf after a similar performance at another event last year, so it would seem that he didn't just wander in from the wings.

We'll say this much for Big Government, American style: thanks to Bob Dole and a bunch of very pissed off activists who got the Americans with Disabilities Act passed in 1990, this kind of incompetent interpretation would never happen at a national event here. The idiots we elect to office may say some incredible nonsense, but you can bet it will be accurately interpreted into sign language.