Postracial GOP Elects Mia Love Not Because She’s Black, But For The Content Of Her Crazy 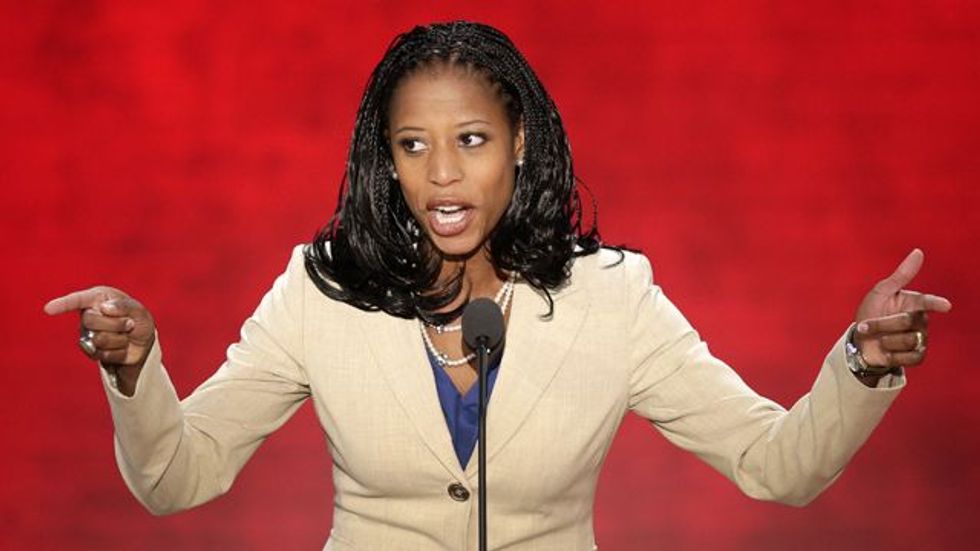 Congresslady-elect Mia Love doesn't seem entirely sure how to deal with being an icon. On the one hand, during her victory speech Tuesday night, she seemed pretty thrilled to have broken some barriers:

Many of the naysayers out there said that Utah would never elect a black, Republican, LDS woman to Congress. Not only did we do it, we were the first to do it.

So good for her! You might think that it's also sort of sad that in 2014, it's still possible for anyone to be the First Black Woman anything, but hey, you have to take what you have, and it's still an accomplishment. Or at least it was Tuesday night, but by the time CNN's John Berman and Michaela Periera interviewed her Wednesday morning, Love had decided that it was very rude of them to mention race at all, because her race and gender had become irrelevant in the intervening few hours:

Elaborating on what she'd said in her own victory speech, Berman asked,

You are the first black, Republican woman to be elected to the House of Representatives.

Well, first of all, I think what we need to mention here is this has nothing do with race. Understand that Utahans have made a statement that they're not interested in dividing Americans based on race or gender, that they want to make sure that they are electing people who are honest and who are -- who have integrity, who could be able to go out and actually make sure that we represent the values that they hold dear.

An election whose winner insists it was about "values and principles"? Well, that certainly IS new and epoch-making! On the other hand, Love's political views are definitely in step with those of the people who elected her, which is to say that they are of the "guns, Jebus, and no 'bortions ever" variety.

Also, because values and principles are far more important to Mia Love and her fans than race and gender are, let's also note that Fox News and other Mia Love fans spent a good chunk of last week complaining that the NAACP didn't even hail her accomplishment of being the first black (Republican) woman elected to Congress, or Tim Scott's of being the first black senator from the South since Reconstruction (which was an intolerable imposition of federal authority over the states). Instead, the NAACP just whined about how some black voters couldn't vote, those whiners. You see, there is no voter suppression, even when the GOP admits it (again and again). Also, the NAACP is obviously a bunch of hypocrites for caring more about unimportant black people voting when two black people made history, because the NAACP hates black conservatives, not that their race matters, it really doesn't. Except that the NAACP completely dissed her accomplishment, which is not about race, because the NAACP is racist against the conservative race. Also, why do you liberals keep dragging race into this?

Finally, let's just close with this photo of Mia Love at a Second Amendment rally this spring, where a gentleman waving a Confederate flag helps us all understand that this is all about values and principles: