Pour One Out For Ted Cruz's Canadian Citizenship, America 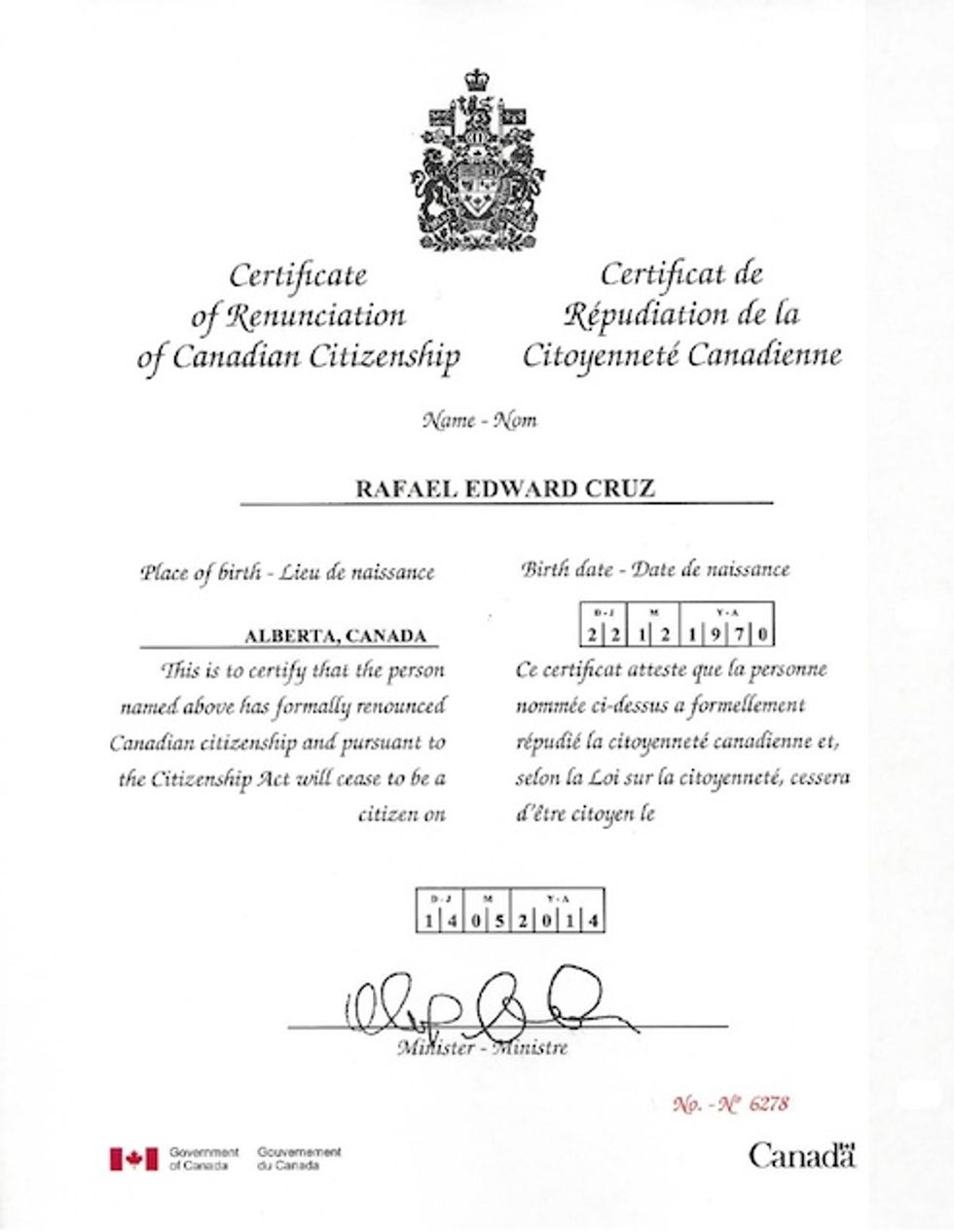 You see that there fancy-looking piece of paper with fancy French writing alongside English, the language George Washington and Jesus spoke? That there is Ted Cruz's official renunciation of his Canadian citizenship, which was a stain on this great nation. What kind of fancy-pants wuss traitor needs dual citizenship anyway? Seems like something only commies or gays or gay commies might want. Thank god Teddy boy was able to remove himself from Canada's socialist clutches.

While at home in Houston on Tuesday, Cruz was notified by mail that the renunciation became official on May 14, The Dallas Morning News reports.

“He’s pleased to receive the notification and glad to have this process finalized,” spokeswoman Catherine Frazier said.

Seriously, can we say how sad we are that the Ted Cruz Canada saga has now come to an end? Remember when he didn't realize that he was even Canadian in the first place, even though he was presumably perfectly well aware that his mother was Canadian and he was born in Canada. Do they not teach anything about dual citizenship at Harvard Law?

Ooh, ooh! And then remember when he was all like "I am trying my damndest to renounce my citizenship, but it is a Sisyphean task that will take years" and then everyone else was like "urm, bro? It is a form on the internet that takes like 20 minutes to fill out and then you give them a check for $100." Seriously, Ted, a monkey banging away at the keyboard with a sock full of quarters could have gotten this thing done faster than you did.