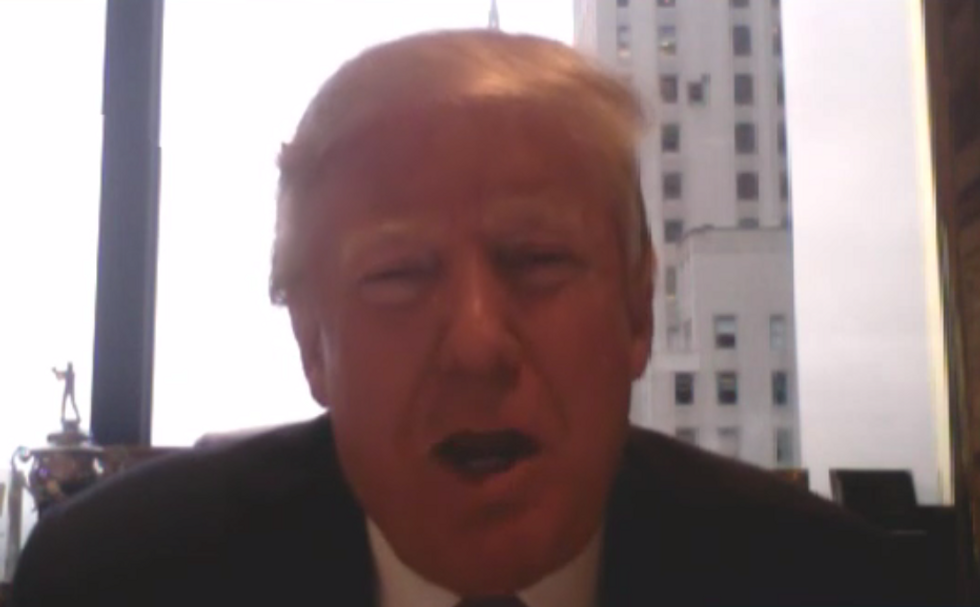 This man is a genuine U.S. American hero who served his country to help fight the terrorists over there so we don't have to duct-tape our windows and hide from them under our beds over here:

[Syed Raheel] Farook is a veteran of the United States Navy with several “awards and decorations,” a spokesperson told BuzzFeed News. He enlisted in August 2003 and left the service in August 2007.

He also is the brother of Syed Rizwan Farook, one of the alleged shooters in the San Bernardino massacre on Wednesday. (The Daily Beast would have you believe they are the same person. Science journalism fact: They are not the same person.)

This man is a genuine U.S. American piece of flea scat, who did not serve his country because of how he stubbed his toe real bad during the whole war in the 'Nam:

That's Donald Trump, who wants to Make America Great Again, by not only bombing "the shit out of ISIS," but also killing all the terrorists' moms and dads and college roommate's ex-boyfriend's brother-in-law, and all their puppies. That's how you gotta do, according to America's best military strategist since ever.

So if the FBI concludes the San Bernardino shooting on Wednesday was a terrorist attack, and Syed Rizwan Farook was a terrorist, by the Trump Rule, we must "take out" his terrorist-fighting brother, the decorated Navy veteran Syed Raheel Farook, for the crime of being related to A Bad Guy.

What a terrific, just terrific, idea of Trump's. Other than killing genuine U.S. American heroes who are for reals helping to win the War On Terra and keep us safe and protect our freedoms, what could possibly go wrong?