President Obama Will Not Be Laying Any Keystone Pipe Today 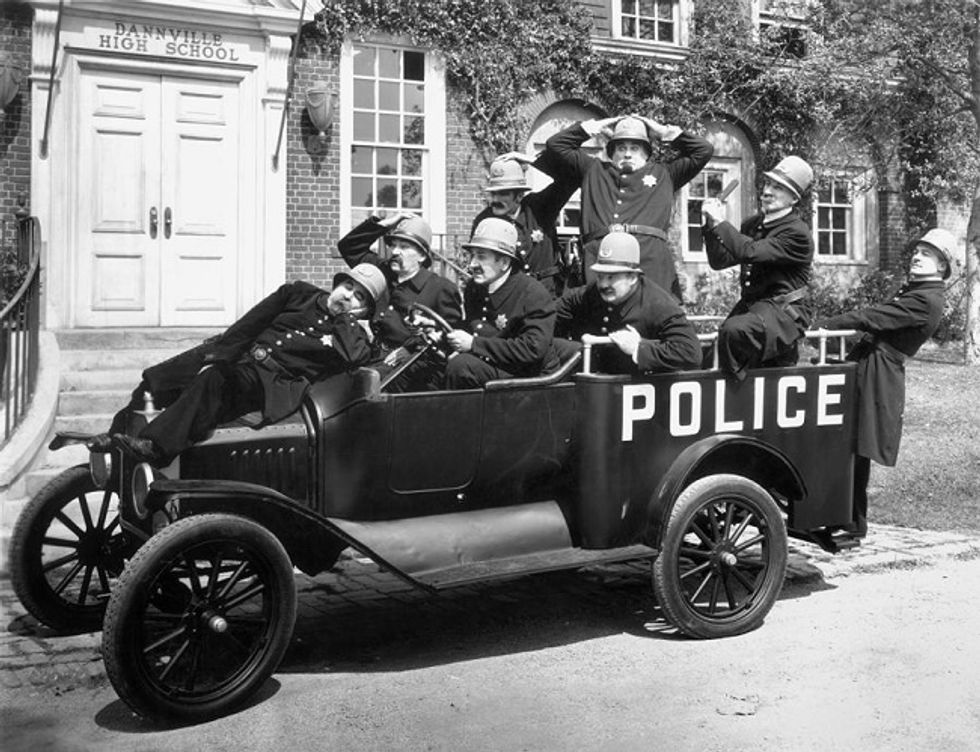 This post sponsored by a grant from the Patty Dumpling Endowed Chair for blogging about oil spills, pipelines, oil industry shenanigans, and the end of civilization as Republicans know it.

Beat the drum slowly and play the fife lowly, all ye lovers of fossil fuels and greenhouse gases: The Keystone XL pipeline is no more. Speaking at the White House Friday, President Barack Obama announced he had rejected TransCanada's application to build the pipeline, which would have transported extremely dirty crude oil from the tar sands of Canada to refineries on the Gulf Coast. Environmentalists have opposed the pipeline for years, noting that not only is the tar sands oil dirtier than most crude, it also requires more energy to extract.

"The pipeline would not make a meaningful long-term contribution to our economy," the president said in remarks from the White House.

Despite frequent Republican claims that the pipeline would have provided at least enough jobs for three times the population of the Earth, Obama relied instead on a State Department analysis estimating:

Keystone would support 42,000 temporary jobs over its two-year construction period — about 3,900 of them in construction and the rest in indirect support jobs, like food service. The department estimated that the project would create about 35 permanent jobs.

[contextly_sidebar id="PwkdXRgz5D9FimM0Vi66Fmx9P17hUyLF"]In any case, the economy seems to be doing fairly well, at least according to today's job report -- an obvious lie to cover Obama's Keystone decision, which will leave us all freezing in the cold.

Obama added that there are better ways to create jobs:

“If Congress is serious about wanting to create jobs, this was not the way to do it,” Obama said. Instead, Congress should pass a “bipartisan infrastructure” that would create more jobs than Keystone XL would, the president said [...]

The pipeline also wouldn’t lower gas prices, the president said. And “shipping dirtier crude oil into our county would not increase America’s energy security,” he said.

“What has increased America’s energy security is our strategy over the past several years to reduce our reliance on dirty fossil fuels from unstable parts of the world,” he said.

Needless to say, Republicans and representatives of Big Oil did not react well:

Please stay tuned to Yr Wonkette as we bring you coverage of the GOP presidential candidates trying to outdo each other in condemning Obama's decision and pledging to reverse it. We expect Donald Trump will promise a YOOGE classy pipeline that will not only carry oil from Canada to Texas, but will also pick up and deport Mexicans at the same time.