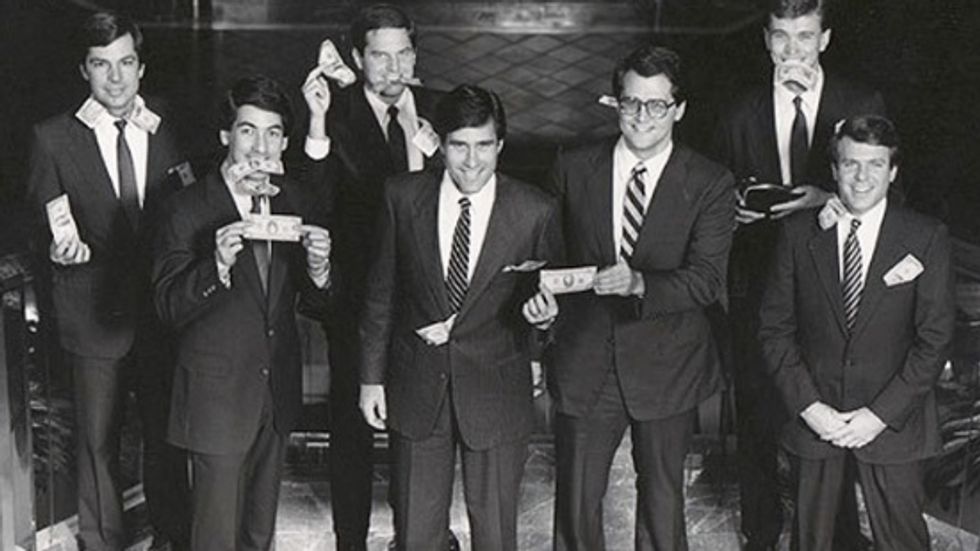 This hasn't been covered very extensively in the press, but it turns out that Mitt Romney is fairly well off! Apparently the latest figure being thrown around for his personal fortune is ... $250 million? That seems like a lot! Most of the impoverished slobs who come into the White House are just happy to get their hands on that sweet, sweet $400,000 a year salary, but when someone with real money like Mitt gets his hands on the levers of power, the temptation would be strong to start exactly the right kind of wars that make all of his investments shoot through the roof. That's why liberal communist Mitt Romney has agreed to put his vast chamber of gold doubloons under the control of somebody from the government to manage during his inevitable eight years of office. Why is this guy even bothering to fight for lower taxes if he loves giving the government his money so much?

Since before he became governor, Mitt Romney's munnies have been in a "blind trust" run by a Boston lawyer with the hilariously WASPy name of R. Bradford Malt. But it turns out that maybe this blind trust isn't so blind after all?

Malt bought and sold off a number of investments over the last several years that appeared to conflict with Romney's political positions. Since 2010, as the presidential election neared, Malt has sold off a number of stocks in companies based in China and others that traded with Iran and backed stem cell research -- all stances that Romney has opposed as a candidate.

Haha, so the easiest way to interpret this is that up until 2010 Romney was in favor of outsourcing all manufacturing to China, mining fetuses for their precious stem cells, and promoting Iran's system of Islamic theocracy? Sounds about right to us!

Anyway, once he's president, Romney's big pile of money will be taken away from R-Brad (that's his rap name) and put into a "federally qualified diversified blind trust," and nobody -- not Mitt Romney, not the public, not anybody -- will be allowed to know what his investments are! Probably the whole thing will be converted into cash and allowed to sit in a series of steamer trunks in the basement of the Commerce Department, dusted occasionally by interns, and then nobody will remember where it is. It will still perform better than your 401k. [CSM]