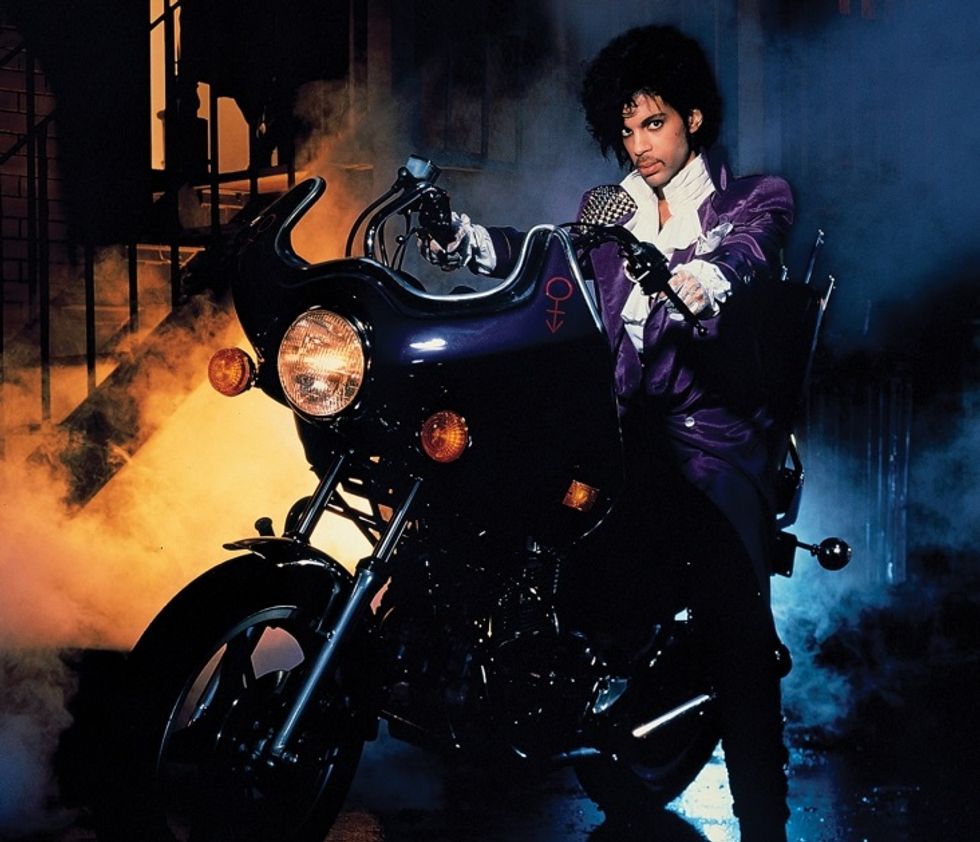 Only wanna see you laughing ...

What in the hell is wrong with 2016, when it comes to God taking away our greatest icons? TMZ is reporting that Prince has died at age 57:

The artist known as Prince has died ... TMZ has learned. He was 57.

Multiple sources connected to the singer confirmed he had passed.

The singer -- full name Prince Rogers Nelson -- had a medical emergency on April 15th that forced his private jet to make an emergency landing in Illinois. But he appeared at a concert the next day to assure his fans he was okay. His people told TMZ he was battling the flu.

Prince got weird later in life -- not that he wasn't always delightfully weird, changing his name to symbols and shit -- as he became a Jehovah's Witness, and his politics, like his glyph, were many question marks and exclamation points all in a row. Turns out Prince's open, sexually charged demeanor onstage didn't necessarily extend to how he felt about others, according to a New York Magazine profile from 2008:

"[Y]ou’ve got the Democrats, and they’re, like, ‘You can do whatever you want.’ Gay marriage, whatever. But neither of them is right.”

When asked about his perspective on social issues—gay marriage, abortion—Prince tapped his Bible and said, “God came to earth and saw people sticking it wherever and doing it with whatever, and he just cleared it all out. He was, like, ‘Enough.’"

But, well. We forgive artists for a lot of things, or at least look the other way. Because of "Purple Rain" and "When Doves Cry" and "Little Red Corvette" and "I Would Die 4 U" and "Raspberry Beret" and "Money Don't Matter 2Night" and "Cream" and all the others.

Prince was into chemtrail conspiracy theories, but on the other hand, he also lent his support for the "Rally 4 Peace" concert in Baltimore in support of youth in Baltimore after Freddie Gray was killed.

He sang, "Let's Go Crazy," and maybe he decided to do that a bit in his personal life, and we could have some big discussion about his politics but fuck it, who cares? Weirdness is art.

Prince was, himself, a revolution in music. He defied categorization -- sometimes it was sultry R&B, and sometimes he out-and-out rocked your FACE off, like he did during the Super Bowl XLI Halftime Show in 2007:

He played every instrument on "When Doves Cry." He fucking shredded. He was a musical genius. And his songs about fucking made you climb all up and down your chosen partner for the night.

Another interesting thing about Prince is that, despite whatever he might have personally felt about gay marriage, his own gender presentation -- much like David Bowie's -- was WHATEVER THE FUCK he wanted it to be, and it didn't matter if he slithered onstage in high heels and a skintight bodysuit, women and men alike agreed that he was SEX. We'd bet there are more than a few gender non-conforming people out there who found inspiration and comfort in Prince -- much like they did with David Bowie.

What else do we say? He is immortal, for black kids and white kids and gay kids and rockers and your mom. Call your mom. She's sad right now.

So pour one out for Prince, even though he didn't drink and will never be dead. You're the one who's crying.