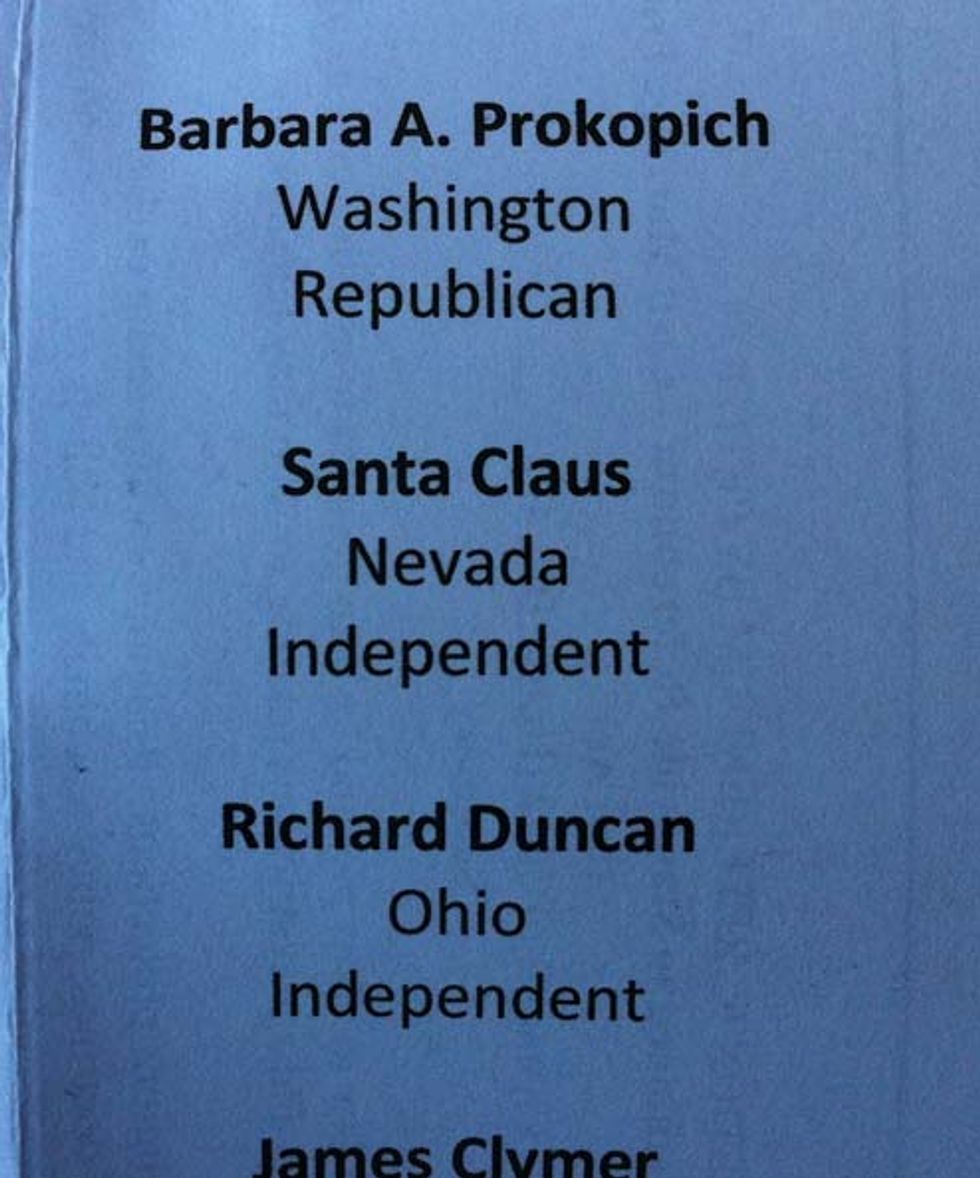 Your Comics Curmudgeon just returned from standing in a mildly long line in the moderately cold weather, to vote, so he is basically history's greatest hero for democracy. Though ultimately another vote for Barry Soetero was saved onto an inscrutable smartcard that will presumably be thrown directly in the garbage, a last-minute once-over of the ballot revealed another candidate deserving of our attention, despite the oppressive liberal media blackout. Can you really afford to not vote for someone who is all-knowing and also brings you presents annually? Find out the shocking truth, after the jump!

No, you shouldn't feel bad for not voting for Santa Claus. Instead, you should feel bad for not voting for Green Party candidate Jill Stein, who Santa Claus endorsed when he pulled out of the race last week. Santa Claus also has a banner ad on his site for the Run-DMC reunion tour that hit Austin last weekend, so he seems like a pretty cool guy, albeit one who doesn't keep his website up to date.

Despite Mr. Claus's claim to live in Nevada, we would like to see a birth certificate from him, and also one from presidential candidate Hello Kitty.