PSA: Don't Make Meth In Federal Labs And Blow Them Up. You Might Lose Your Job. 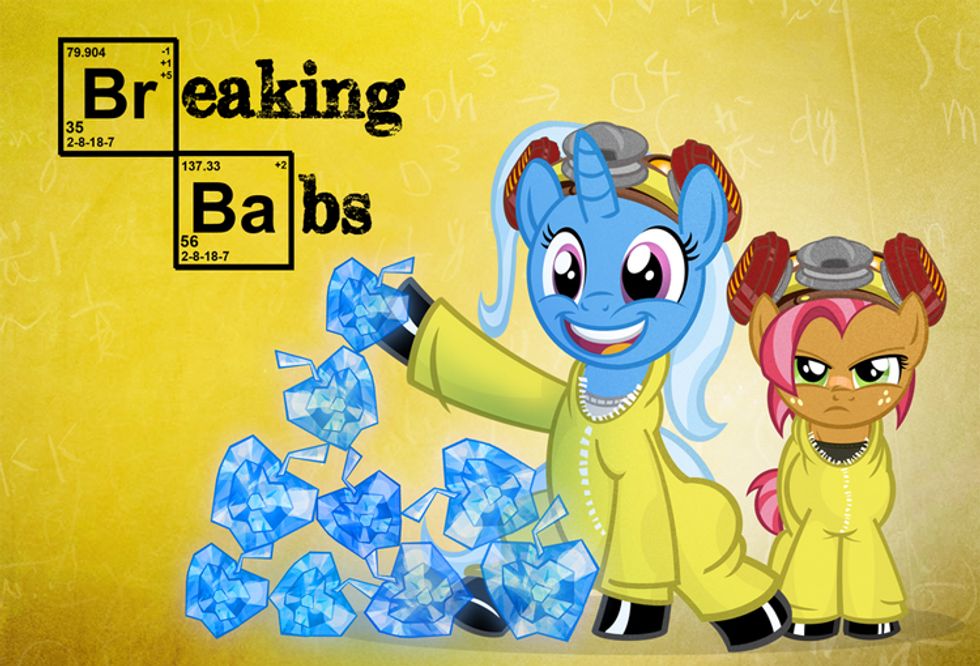 One more thing to add to your New Employee Handbook: Please do not cook meth in your workplace. A law enforcement officer at a federal lab has resigned after an explosion destroyed a security door in a building at the National Institute of Standards and Technology in Gaithersburg, Maryland, last Saturday. Montgomery County police believe an employee at the lab may have been attempting to manufacture methamphetamine. It is not believed that any alligators were involved in the incident, which is why we're not quite ready to deploy the coveted gnome-vomiting-rainbows graphic.

According to NBC News Washington:

Police and firefighters responded and found a blast shield inside a NIST building had flown about 25 feet, indicating a powerful blast.

"We are looking at the possibility that this was some sort of chemical reaction due to the manufacturing of drugs," Montgomery County Police Capt. Paul Starks said.

A police lieutenant with the NIST who was injured in the blast suffered severe burns to his arms and hands, and Gaithersburg police found a number of supplies on the scene typically used in the manufacture of meth: pseudoephedrine, drain opener, other chemicals, and even a recipe for methamphetamine.

Witnesses reportedly saw the man "throwing something in the trash and then running to his [car] to hide a duffle bag." Clearly a quick thinker, the officer told police that he'd accidentally burned himself filling a butane lighter. NBC Washington duly noted that the explosion was not related to the lab's official work.

The officer has resigned, but no arrests have yet been made in the incident. It is not known whether the man will be allowed to return to his regular job in an Elmore Leonard novel.

We're getting kind of jaded, we think. If there isn't an alligator, a stripper pole, a naked man screaming obscenities, or a guy stopping in the middle of a police chase to play with some cats, we're not even sure this qualifies as much of a crime story.