Putin's Arch-Nemesis Allowed To Come To America Again, Because SUCK IT, PUTIN! 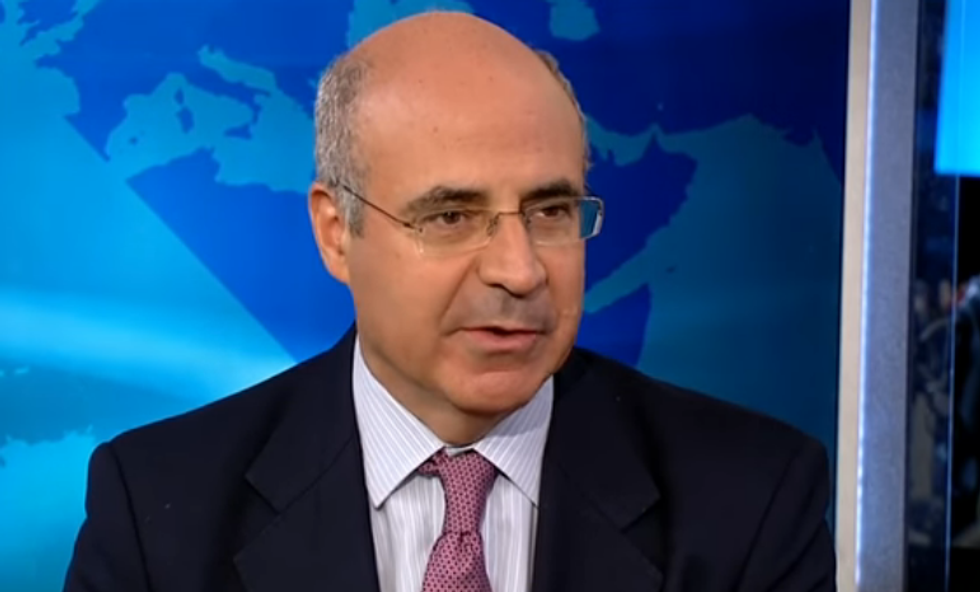 Putin is so scared of this guy.

We have a quick update on a story we told you Monday, about a financier guy named Bill Browder, once the biggest foreign investor in Russia, who basically authored the anti-corruption Magnitsky Acts, which exist in America, Canada, the UK and Estonia. The laws punish Russian human rights abusers AKA Vladimir Putin and his band of oligarch thugs, by freezing all their looted money and banning them from travel. Putin wants the Magnitsky Act in America repealed, because that's a big step to repealing all the sanctions we've placed on his wretched country. That is NAH GAH HAPPEN, no matter how many Russians meet with Donald Trump Jr. in Trump Tower and promise BOUNCY RUSSIAN BABIES in return for repealing the act. (If you'll remember, Putin responded to the Magnitsky Act by banning Americans from adopting BOUNCY RUSSIAN BABIES, because take that, America! And also take that, bouncy Russian babies in orphanages! No hope of a better life for you!)

Browder, who was born in America but is a British citizen now, learned this week that his travel visa had been revoked by the United States, on the VERY SAME DAY as Russia managed, on its fifth try, to get Browder's name added to Interpol's list of people who should be arrested if they try to cross a border. Weird, right? Russia claims it hates Browder because he committed tax evasion and because he was the REAL MURDERER of his Russian lawyer Sergei Magnitsky, who was tortured to death in a Russian prison run by Putin's pals. Do you think Russia's story sounds ridiculous? Good, because it is, especially when you consider how the corruption Browder found was that Putin and his pals had grifted a $230 million "tax refund" for themselves, and also since it's pretty obvious ALLEGEDLY that Putin's thugs murdered Magnitsky in prison ALLEGEDLY, not that Russia would ever do such a violent thing, ALLEGEDLY.

The real reason Putin hates Browder is that the Magnitsky Act hurts him and his regime (they can't get at all the stolen money they've stashed overseas!), and the corruption Browder and Magnitsky uncovered, which Browder has spent the years since Magnitsky's death sounding the alarm on, exposes Putin for the dirty trash fraud he is. Indeed, Browder believes Russia's latest action against him came directly in response to Canada's Magnitsky Act, which just passed last week.

ANYWAY, the update! Browder's ESTA (his temporary travel visa) has been restored! The good guys win, for once!

Oh yeah, that little thing. To hear Browder tell the whole saga in his own words, click on this NPR thing from Tuesday morning.

As the New York Times explains, the Trump Administration got its shit kicked into gear to fix this when Senators John McCain and Ben Cardin (bipartisanship!) raised hell about it. NYT quotes a "Trump administration official" who says Browder's visa got blocked automatically because he was suddenly on the Interpol Naughty List. That is perhaps true! It is also perhaps true that Donald Trump was doing his daddy Vladimir Putin's bidding and got caught.

As Browder explained to NYT:

“I’m giving the U.S. government the benefit of the doubt,” that it was a bureaucratic or technical matter, Mr. Browder said before his ESTA visa was restored. “It’s still pretty horrible that Vladimir Putin puts out an abusive Interpol arrest warrant, and it has the consequence of banning me from traveling to America.”

Good luck, Bill Browder! Wonkette has your back, and by "has your back," we mean we will write dick jokes about your story and keep talking lots of shit about Putin, whenever we want, because goddammit we are American patriots, and also because fuck Vladimir Putin.