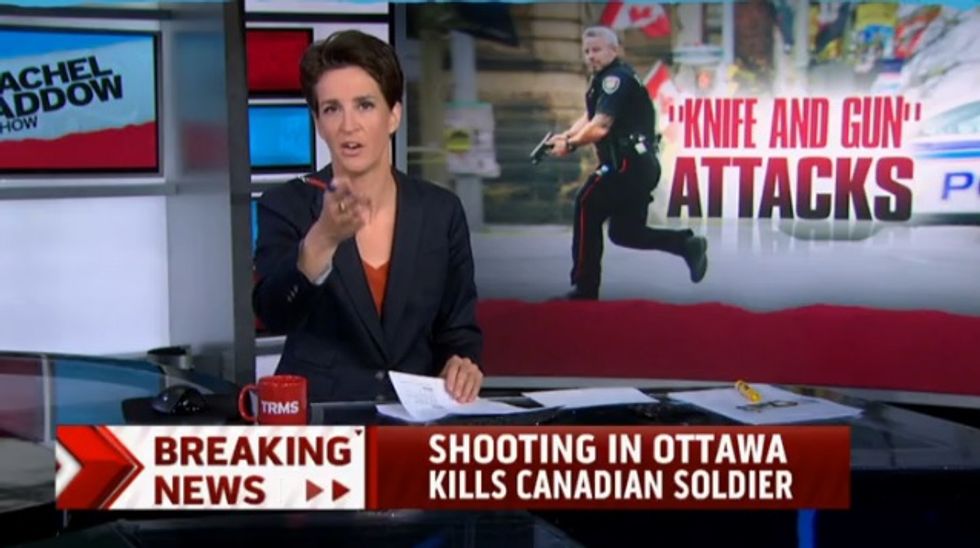 Wednesday, a guy with a rifle, Michael Zehaf-Bibeau, went on his own one-man jihad in Ottawa, killing a soldier at the national war memorial and then going into the Parliament building, where he was shot by security before he could harm anyone else; this was the second attack on Canadian military members this week. We're just going to let Rachel Maddow explain it all to you because 1) it's a big story but 2) there's nothing funny about it for us to say, and 3) Canada.

And here's a follow-up segment, an interview with the Canadian reporter who was working his normal Parliament beat when eh found himself capturing part of the shooting inside the building on video: