Radical ACLU Acts Like Undocumented Little Girl Still Human, Is That Even Allowed? 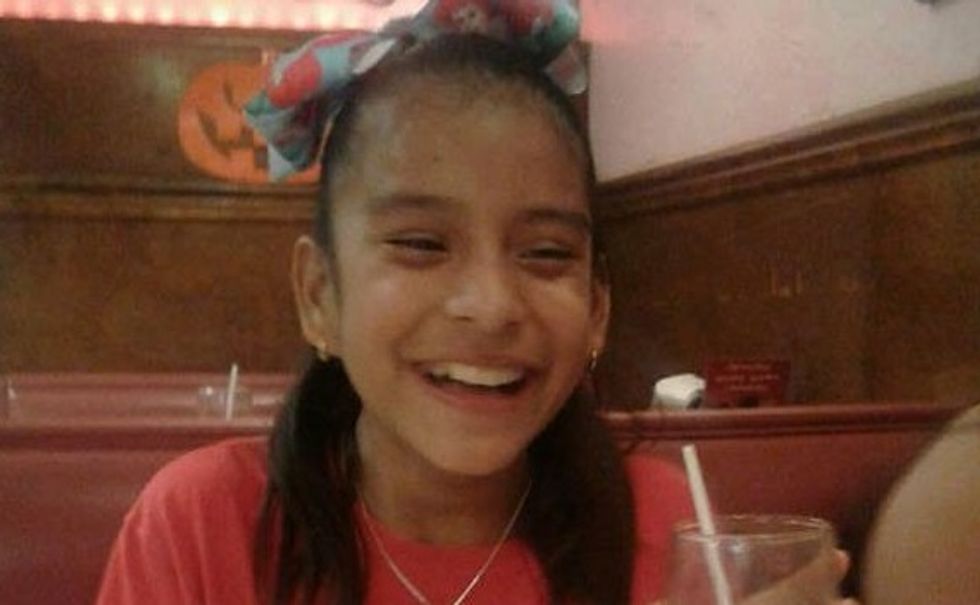 Clearly a threat to national security

Good news in the case of Rosa Maria Hernandez, the 10-year-old girl from Laredo, Texas, who was grabbed by the Border Patrol last week as soon as she was released from a Corpus Christi hospital following emergency gallbladder surgery. While Rosa Maria, who has cerebral palsy and developmental disabilities, remains separated from her family, the ACLU has sued the government, demanding she be released from a detention center for unaccompanied minors in San Antonio and returned to the custody of her parents.

Rosa Maria and her parents are undocumented -- her mother brought her to Laredo when she was just three months old -- and when she was on her way to Driscoll Children’s Hospital for surgery, accompanied by her cousin who's a US citizen, her ambulance was stopped at an immigration checkpoint. Border Patrol agents then followed the ambulance to the hospital, shadowed Rosa Maria outside her hospital room, and arrested her the moment she was released. The ACLU's complaint demands she be released immediately to her parents, arguing that the government has no right to hold her in a facility run by the Office of Refugee Resettlement (ORR) when she has two perfectly competent parents:

That's one hell of a catch -- the kid's unaccompanied because the government arrested her and took her away from her parents. The suit accuses CBP and ORR of violating the Homeland Security Act, the Rehabilitation Act, and the Due Process clause of the 5th Amendment, as well as misapplying laws against human trafficking by claiming Rosa Maria's cousin was "trafficking" her by transporting her to the hospital (her parents didn't want to risk being seized at the checkpoint, which has happened to other undocumented parents with sick kids).

There’s no reason to hold this child [...] This is probably the most outrageous case I’ve ever worked on. It’s mind-boggling.

Somebody really needs to ask Donald Trump or Sarah Huckabee Sanders what threat this 10-year-old -- who has the developmental skills of a much younger child, according to her parents and special education teachers -- needs to be in immigration jail. She's probably not going to murder anyone or take their job. The facility she was sent to doesn't even fit her legal circumstances:

The ACLU argued in a letter Tan wrote on Monday that Rosa Maria’s detention is illegal and has no basis, in part because she should not be considered an unaccompanied minor. Her arrest and detention violates a 1997 legal settlement that requires the government to place immigrant children in “least restrictive setting appropriate to the minor’s age and special needs” and to “release a minor from [their] custody without unnecessary delay,” Tan wrote.

Rosa Maria has never before been separated from her family for any length of time, and while the Catholic-run shelter where she's been placed is providing for her medical needs, it's no replacement for the care and therapy her mother has always provided her or the therapeutic environment provided by her special ed classes at school. Tan's letter argues, "Without her mother and supportive community of services, her developmental progress will suffer."

Customs and Border Protection claims it has scrupulously followed all of its own very loophole-filled rules in Rosa Maria's arrest, claiming that the agents' seizure of the little girl at the hospital didn't violate agency rules against arrests at hospitals because the "enforcement action" actually started at the checkpoint where the ambulance was pulled over, and also Rosa Maria's cousin didn't call "no tagbacks."

Democratic Texas Congressman Joaquin Castro has called on Homeland Security to release Rosa Maria and to cancel the deportation case against her, because Jesus fucking Christ on a goddamned Border Patrol SUV:

Any plans for Rosa Maria’s removal from the United States should be cancelled and any proceedings against her should be administratively closed based on humanitarian grounds [...] The Trump administration needs to focus its resources on targeting dangerous criminals, not ill children. The president’s callous immigration policies continue to reach new, inhumane lows.

The Trump administration is expected to reply by pointing out that "humanitarian" behavior makes us look weak, and other countries are laughing at us, so shut up.

Yr Wonkette is supported by reader donations. Please click here to help us stay in the country. And we bet the ACLU of Texas would appreciate some help, too.