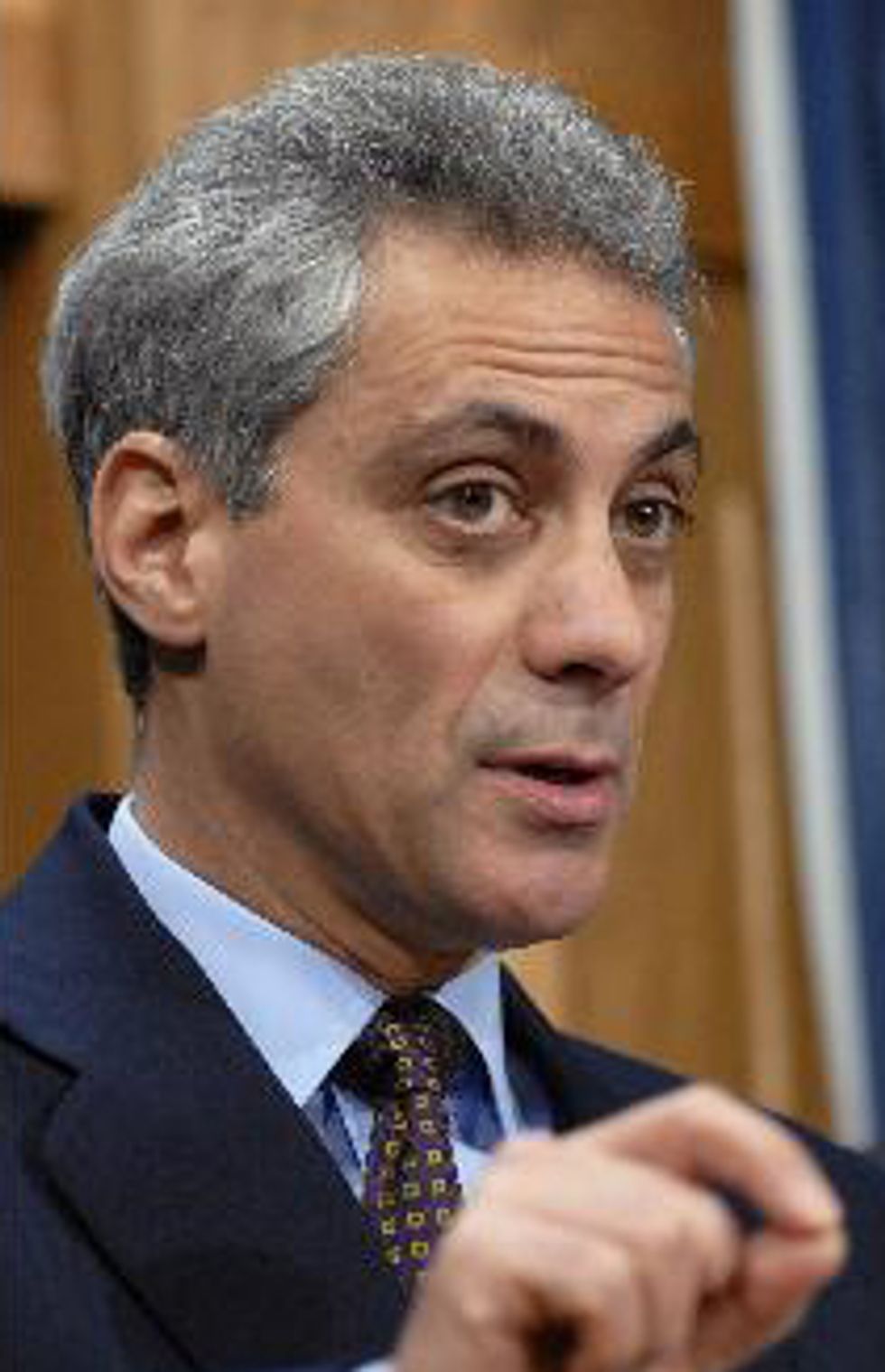 Chicago Mayor Rahm Emanuel, the most popular member of the Democratic Party after Joe Lieberman and Zell Miller, is having a rough time of it these days. Not as rough as all those black folks what keep getting all shot up and killed by Chicago's finest, but still. Chi-towners have been protesting on the regular since the release of a video in November, showing Officer Jason Van Dyke fatally shooting 16-year-old Laquan McDonald, in October 2014. The video, surprise surprise, told a slightly different story than the official one put out by the police union: that McDonald was comin' right for 'em, with a knife and a "100-yard stare," all hopped up on his blackness, so the officer had no choice but to shoot the teenager 16 times, in self-defense.

The unusual twist in this story is that the officer was charged with first-degree murder. Eventually. After a whole lot of police department shenanigans and hijinks to try to make all the video evidence disappear.

On Wednesday, Emanuel held a press conference in which he said he was real sorry about all that stuff, with the cops shooting black folk all the time and telling tall tales about the how and why of it, and how it took more than a year to charge Van Dyke with murder, for, like, no apparent reason at all, since they had the damning video the whole time.

"I take responsibility for what happened because it happened on my watch. And if we're going to fix it, I want you to understand it's my responsibility with you," Emanuel said. "But if we're also going to begin the healing process, the first step in that journey is my step.

Alas for the poor mayor, nobody thinks that's good enough. The protests calling for him to see himself out continued after his apology, and then Illinois state Rep. La Shawn K. Ford, who is also a Democrat, filed a bill to hold a special recall election. Not that a Democratically controlled legislature is likely to recall the city's Democratic mayor, but as protesters continue to march throughout the city and demand Emanuel's head on a stake -- and as other videos continue to emerge of police gunning down African-Americans -- the mayor may want to think seriously about quitting his job to spend more time not sucking at it.