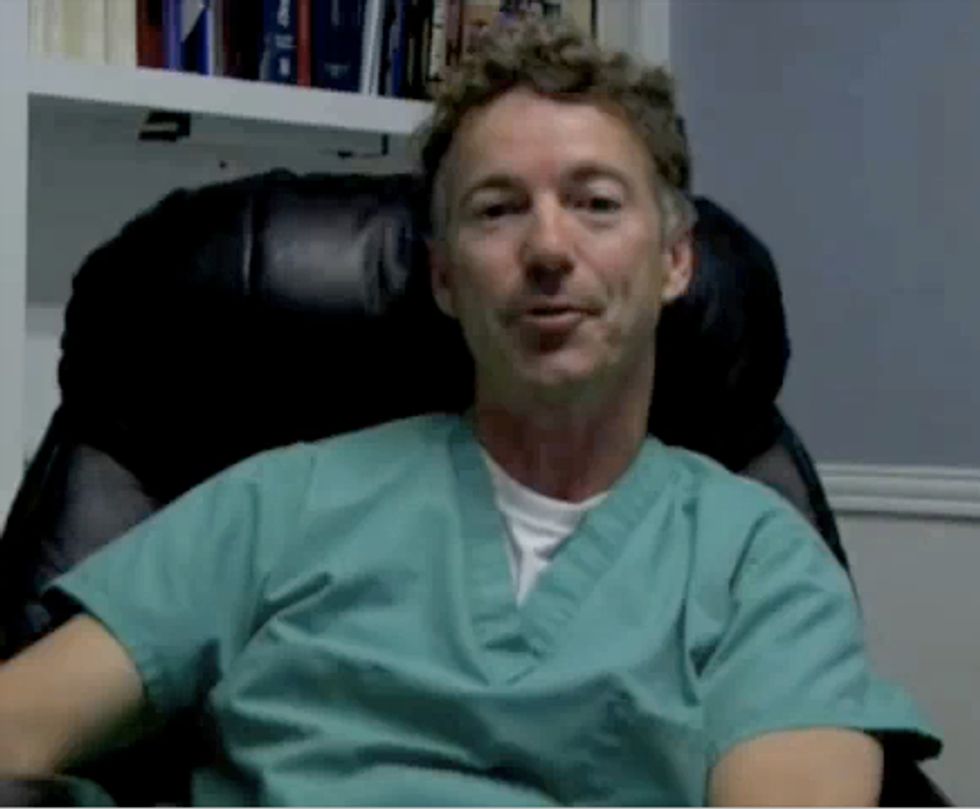 Since the dawn of American civilization, man has directed his laser pointer at airplane cockpits in order to blind the pilots and make the thing crash to the ground, for teh lulz. Unfortunately, the Senate yesterday passed a bill making this sort of thing illegal, by a vote of 96-1. Any guesses as to the brave legislator who stood against big government and for the founders explicit intent to let people shoot lasers as they please? Yes,Rand Paul. "There are a lot of states that already have laws, and I think the states ought to take care of it," he decided. Yes, this is definitely a state issue. Airplanes are very careful to stay within the borders of the small handful of states that take part in this fanciful sky-based form of transportation.

On Wednesday, the senator said during his maiden floor speech that he did not wish to be known as the “great compromiser,” a description reserved for legendary Kentucky lawmaker Sen. Henry Clay. Rather he compared his fight against government overreach to the campaign by antebellum abolitionists.