Rand Paul Would Solve Ukraine Crisis By Drilling Everywhere For Oil, Because Shut Up Is Why 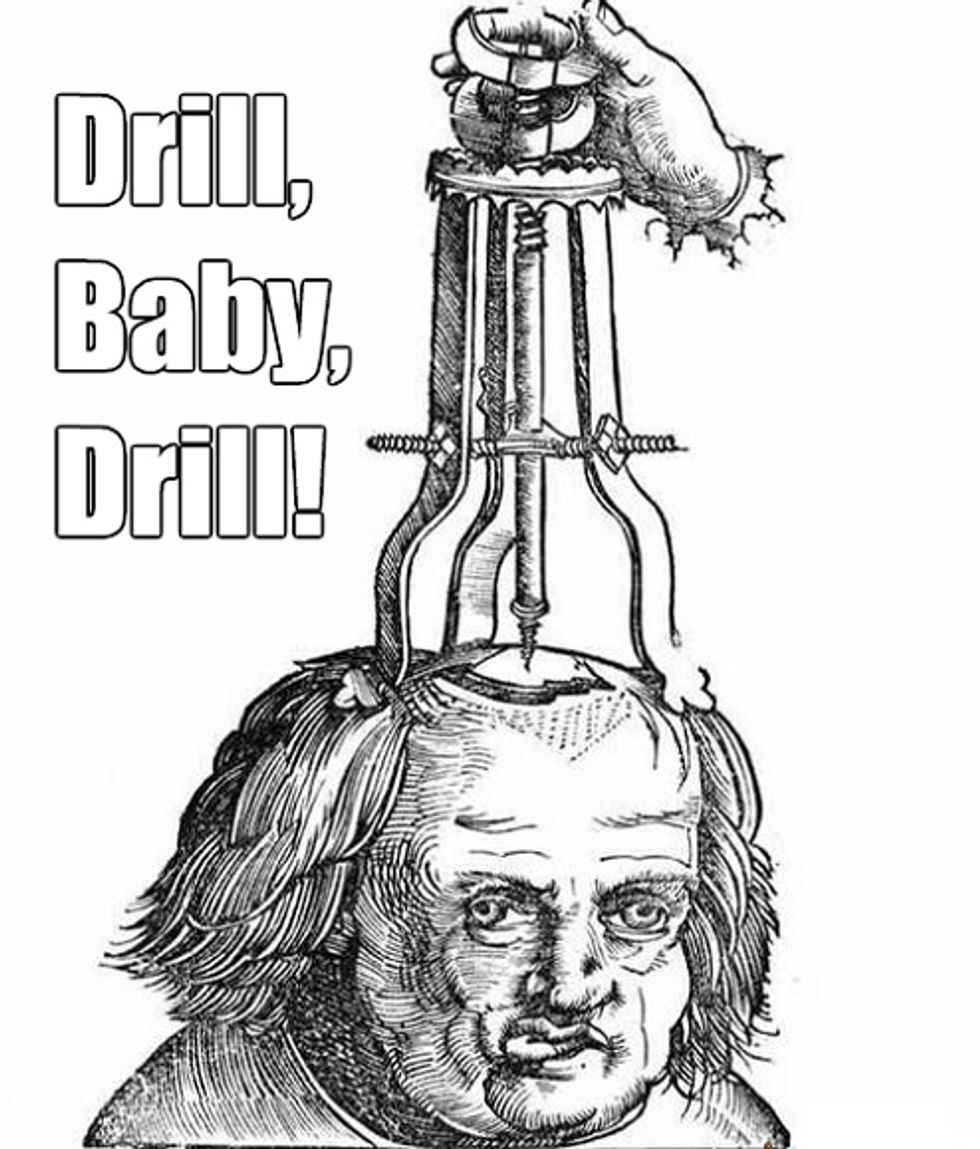 CPAC Straw Poll winner Rand Paul proved his serious leadership mojo Sunday, tellingFox News Sunday host Chris Wallace that if he were president, he knows exactly what he'd do in response to Russia's invasion of Crimea:

“I would do something differently from the president,” Paul said. “I would immediately get every obstacle out of the way for our export of oil and gas, and I would begin drilling in every possible conceivable place within our territories in order to have production we can supply Europe with if it’s interrupted from Ukraine.”

Apparently no one told Mr. Paul that drilling oil and gas wells is a wee bit more complex than turning on a tap -- we are not geological engineers, but we are fairly certain that it takes a little while, like at least longer than getting your car's heater to really warm you up on a cold day, we bet.

ThinkProgress notes that Paul is just the latest in a number of legislators calling for a drill-for-victory approach; Paul Ryan and Ted Poe both want the Department of Energy to fast-track permits to sell as much gas and oil as we can to Ukraine and Europe, which would tell the Russians that they'd better not mess with the power of the free market.

The only downside to such plans, really, is that they ignore the free actual market for natural gas:

As Michael Levi of the Council on Foreign Relations points out, decisions on where to ship gas are made primarily by the market, not by governments, and it’s much more profitable for the U.S. to ship gas to Asia.

Stupid old market -- can't we just tell it what to do, for freedom? Also, too, there's Friday's New York Times editorial that says it's unlikely that Russia would just sit back and let European sales go to American exports, since all it would take to woo them back would be a price cut on Russian gas. Once again, those stupid market forces could completely get in the way of our plans to boss the economy around.

Oh, yeah, and then there is that infrastructure thing we mentioned earlier; the Times points out that

even if the government approved more exports, setting up more facilities to liquefy and ship gas would take years and cost billions of dollars.

That almost seems to suggest that maybe energy policy is more of a long-term proposition than something that can just be deployed instantly like the Delta Force. Still, promising to drill a lot of holes in the ground is definitely more manly than Barack Obama walking around in mom jeans, and can probably even be done with one's shirt off, depending on the weather.

But you have to admire Sen. Paul's can-do spirit, which would literally drill every conceivable possible place to get oil and gas to Europe right away within a couple years of this crisis, after which there had better not be any more international crises involving fossil fuels, because then we'd have to start drilling in the inconceivable places.