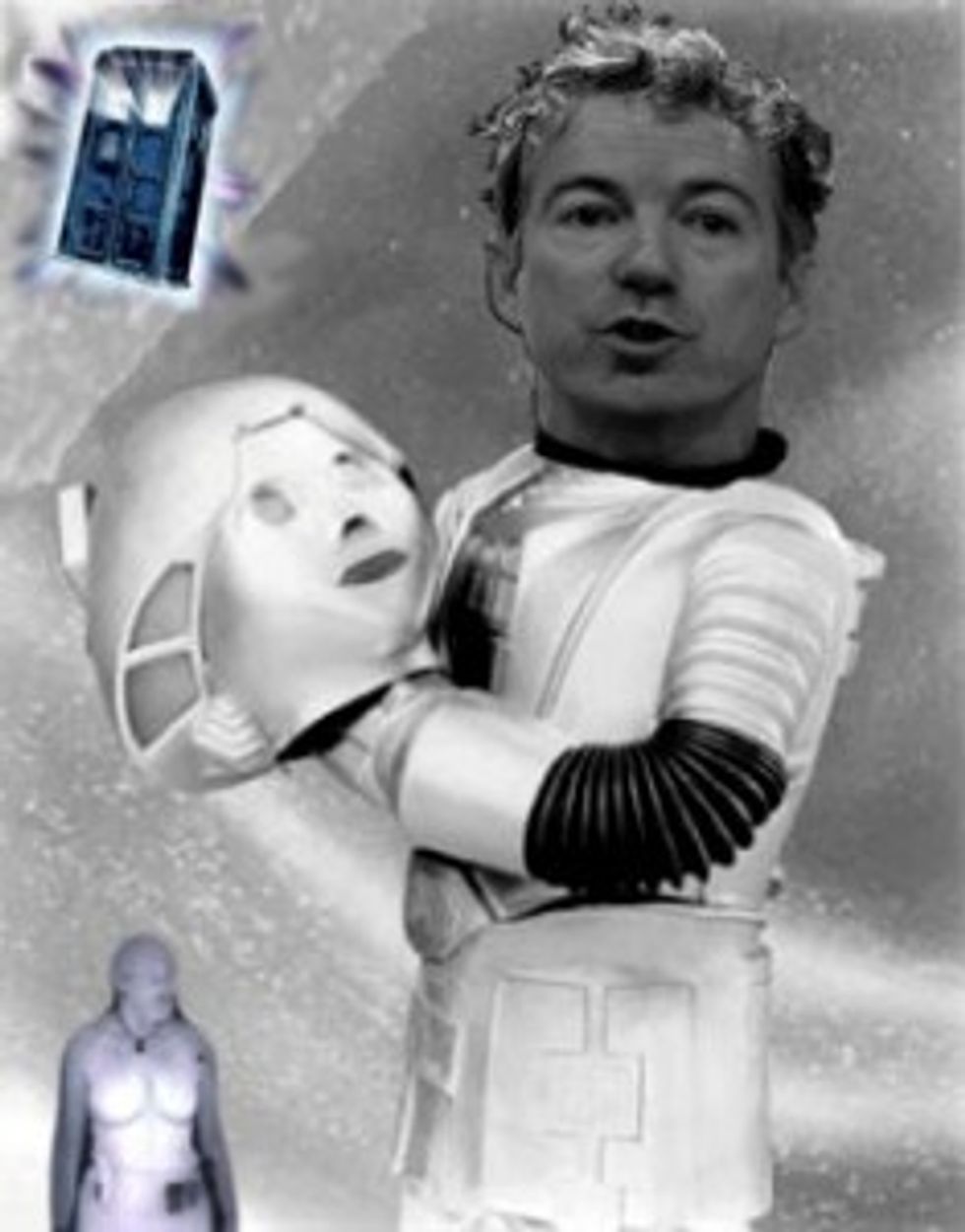 After years of lurking in the shadows of his father's success, Rand Paul has hired a racist, possibly anti-Semitic staffer to wrangle future Rand-tards using the power of the interwebs and help him assemble his own cadre of misguided white people. There is no way that this will end poorly, and soon it will be raining RAND paul-tards, lucky us! Oh, the name of this new staffer? Oh, it's just the "Southern Avenger," but don't worry, he is not avenging anything that could possibly be construed as racist, like say annually raising a toast to John Wilkes Booth, so it's fine!

In something of a Paul family tradition, the conservative Washington Free Beacon reports that the co-author of Rand Paul's 2011 book embraced racist, pro-Confederate imagery and language during his stint as a radio shock jock. That man, Jack Hunter, still goes by the moniker he used in his more colorful past life: the Southern Avenger.

Maybe he is avenging freedom. Or unborn babies (so long as they died because of abortion and not because of lack of access to pre-natal care, that is just the Free Market in action). He could also be avenging oppressed white men, whose backs are bowed under the pressure of enduring a black president who may or may not be Muslim and may or may not have been born in Kenya. So yeah, not racist at all -- just picture Captain America at the wheel of a pickup truck, a Constitution in his front breast pocket, a beer in one hand, and a shotgun in the other. FREEDOM.

As the Southern Avenger — wearing a Rebel flag-luchador mask apparently without irony —Hunter became known for his defense of secessionism. This is a position that he held as recently as September 2009, according to commentary in Taki's Magazine. In an interview with the Free Beacon, he has broadly disavowed or qualified his other controversial positions. (One reason he might not be worried about his pro-secession stance: it is shared by some residents of Paul's home state.)

What other controversial positions might those be? Oh, nothing too crazy: just the fact that white people are denied opportunities for cultural expression of their whiteness, while Black people, on the other hand, are free to express their Blackness without worrying about widespread social opprobrium or disapproval, that's all, no big deal. Nothing racist or problematic about that. Nor too his claim that no one is allowed to observe the number of Hispanics working in the agricultural industry. That too is totally fine and a mainstream position to have. As is this:

As the arguably white nationalist Southern Avenger, Hunter praised the assassination of Abraham Lincoln, saying he “raise[s] a personal toast every May 10 to celebrate John Wilkes Booth’s birthday,” compared Lincoln to Saddam Hussein, and suggested the great American president would have had a homosexual relationship with Adolf Hitler, had the two ever met. He also advocated against Hispanic immigration and in favor of white pride, warning that a “non-white majority America would simply cease to be America.”

Anyway, surely having a racist, secessionist staffer named the Southern Avenger won't hurt Rand Paul. If his father's track record is any indication, he will soon be followed by an unlikely confederacy of brogressives and socially conservative libertarians.