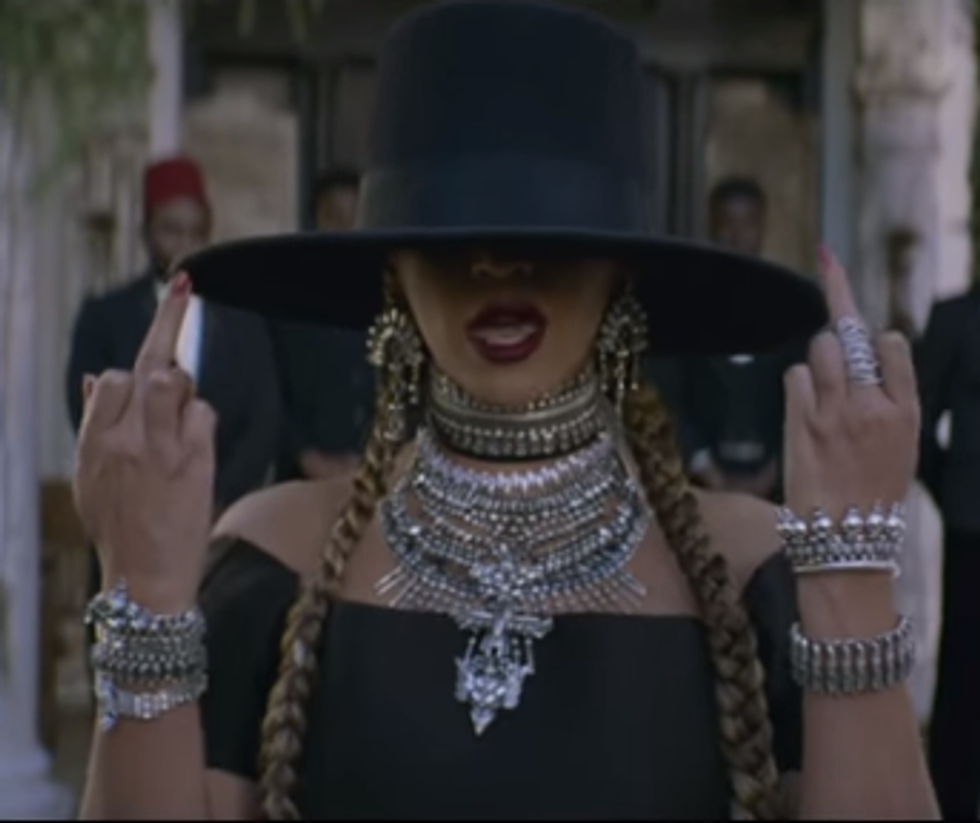 [contextly_sidebar id="ZcMQaI2bNPy7bubZgYdpl6RIbflfwwsd"]Red Lobster is having a very giggity week right now, what with the shoutout it just got from Queen Beyoncé Who Slays, in her stunning new single "Formation," which she released as a surprise on Saturday, the way she likes to do. If you live in the France or something and do not pay attention to real football, you may be unaware that on Sunday Beyoncé performed part of the song during the Super Bowl halftime show, and of course it caused MANY CONTROVERSIES, stemming from how Bey is black and she dared to tell a story about Black America from a black perspective and wingnuts don't even know what they're going to tell the children now.

And because it got mentioned in the Beyoncé song -- "When he fuck me good I take his ass to Red Lobster" -- the restaurant chain is claiming it got a 33 percent sales spike on Super Bowl Sunday, compared to one year ago:

Red Lobster says it's sure the mention is responsible for at least part of its sales jump. [...]

"It's clear that Beyonce has helped create some Red Lobster fans, and we are very grateful to her for that," Red Lobster CEO Kim Lopdrup said in a statement.

Erica Ettori, a Red Lobster representative, said she could not "confirm or deny" whether the chain has reached out to superstar, but noted that things were "moving fast."

As Stereogum (which is HIGHLY SKEPTICAL of this alleged sales bump) notes, "moving fast" probably is "PR code for, 'She won’t return our calls.'" Probably about right.

Red Lobster's social media person has been hitting on Beyoncé on Twitter ever since:

GEEZ, RED LOBSTER. Sounds like somebody's secretly hoping it gets to score with Queen Bey so she can take it to dinner AT ITSELF.

[contextly_sidebar id="pi4g2P4OdiE95BP6Ov051nNt3qKpNBlC"]It IS special to be picked though. It's not like any celebrity is about to drop a single with the lyrics, "Let's go to Applebee's for quesadilla burgers after we bonetown each other at the All-You-Can-Bone buffet." OK, maybe Candace Cameron Bure might do that on a new episode of "Fuller House," but nobody will hear about it.

Anyway, hey ladies, visit your local Red Lobster with your local man and say "He fucked me good" to get a coupon for 50 percent off your next lobster dinner. (JUST KIDDING, Red Lobster, don't sue Wonkette for making a tease joke! Also don't hit on Wonkette on Twitter just because we mentioned you on the internet, Jesus Christ.)