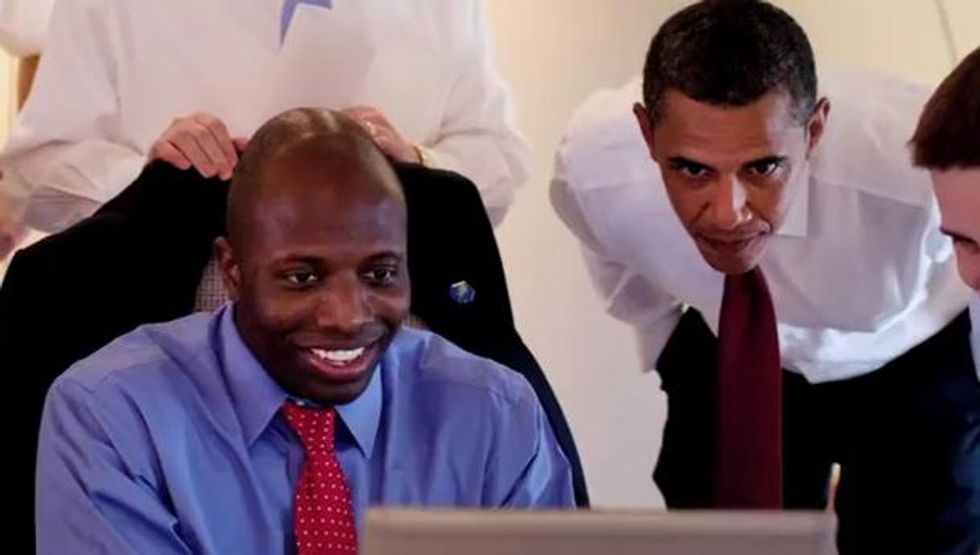 Reggie Love, the former Obama manservant and probablyhis gay lover and probably also too full-time dogwalker and also also one of the 18 chefs on Air Force One who served Michelle Obama her fattening stereotypically African American fare (because of how she is a disgusting creature whom nobody admires or finds attractive), accidentally let fly with the immutable truth that Barack HUSSEIN Nobummer probably did not singlehandedly murder Osama Bin Laden, as he nefariously always claimed, but instead was playing cards like a common street hustler card sharp nogoodnik when he sent all those Seals in to murder Bin Laden and did not even do it himself because of how he is a coward.

What up, Reggie Love?

"Most people were like down in the Situation Room and [President Obama] was like, ‘I’m not going to be down there, I can’t watch this entire thing,’” Love recalled.

So the POTUS, Love, White House photographer Pete Souza and staffer Marvin Nicholson holed up in the nearby private dining room and played cards. “We must have played 15 games of spades,” Love said.

There is just no getting around it: the president is black.