Remember The Weird Server In Trump Tower That Only Talks To Russia? The FBI's Still ON IT. 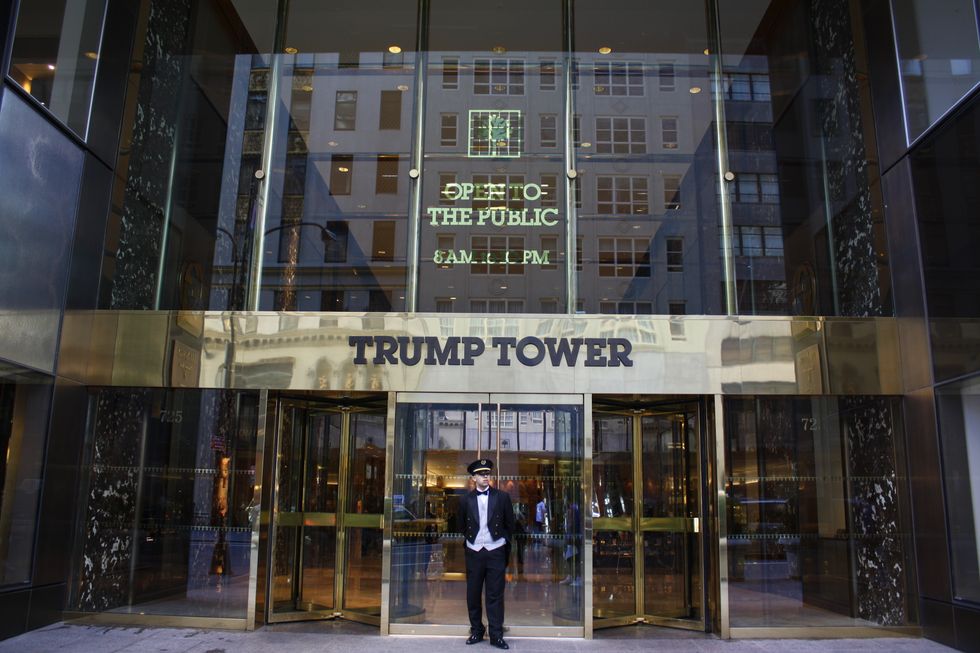 Hey, remember back a week before the election, when we found out that, on top of allegations that Russia had been cultivating Donald Trump as an asset FOR YEARS, there was also this weird server in Trump Tower that only communicated with Alfa Bank in Russia? That was weird! Unfortunately America was distracted at that moment by startling new revelations that Hillary Clinton's recipe for banana bread might have crossed Anthony Weiner's XXX server, and the rest is history. Trump the Russian Puppet is "president" of America, and Hillary Clinton is doing whatever she wants, because fuck you is why.

Well! CNN reports that, in case you were wondering if that whole "weird server" thing was just bygones, the FBI is still very much investigating it:

Federal investigators and computer scientists continue to examine whether there was a computer server connection between the Trump Organization and a Russian bank, sources close to the investigation tell CNN.

Questions about the possible connection were widely dismissed four months ago. [...]

Slate and The New York Times were first to report the unusual server activity. The Times said the FBI had concluded there could be an "innocuous explanation."

[wonkbar]<a href="http://www.wonkette.com/610577/new-york-times-may-have-cleared-trump-of-russian-collusion-a-tad-prematurely"></a>[/wonkbar]CNN, you need to BACK THE FUCK OFF. Slate broke the story, not "Slate and the New York Times." And the Times said the FBI "had concluded" it was probably a big nothing (likely sourced from an anonymous FBI official whose name rhymes with "Homey") because Times reporter Eric Lichtblau, a fucking hack, was on the server story too, and it appears he was pissed that little old Slate had scooped the fuck out of him. Can we please make sure that little detail is included in all future stories about this? Because Wonkette watched it in real time, and it was fucked up. (For the record, reporting by McClatchy several months later pretty much debunked every little detail in Lichtblau's sniveling "waaaaaah, another reporter scooped me" story.)

This is all back in the news, of course, because Donald Dickshit Trump thinks some Breitbart story about "Obama" doing "wire tapps" to Trump Tower is actually a thing. According to CNN, the FISA court did not do a "wire tapp" to the server, but the Justice Department is understandably not commenting on an ongoing investigation, because Trump Tower Computer Server is not spelled H-I-L-L-A-R-Y.

[wonkbar]<a href="http://www.wonkette.com/613986/fox-friends-idiots-find-the-real-trump-wiretapper-and-it-is-hillary-clinton"></a>[/wonkbar]After Trump embarked on his storm of molten Twitter sharts about that, the dillweeds at "Fox & Friends," spurred on by the right wing fever swamps, concluded that Hillary Clinton was actually in on the #WiretappScandal, because she tweeted about the Slate article when it came out at the end of October. The "Fox & Friends" kids are real stupid like that.

Now, we are not sure what these servers are doing with each other, or even if they're using condoms with each other. The Trump team and others have said it's spam or something, and maybe that's true! Maybe the servers in Alfa Bank in Russia and the Trump Tower in New York are just endlessly bouncing back and forth a spam email about how if you attend the big sale at the Big Lots, you are entitled to a gift certificate for two free buffets at Ryan's Family Steakhouse, and it's just no big. Why did Trump Tower send the Russian bank that coupon alert in the first place? To be nice, is why, and because again, they ONLY COMMUNICATE WITH EACH OTHER, so who else would they send it to?

OR maybe those servers communicated with each other about the Trump team's (alleged LOLOL) collusion with Russia to steal the election.

OR maybe they are laundering money.

[wonkbar]<a href="http://wonkette.com/608153/no-for-real-though-is-donald-trump-a-russian-intelligence-asset"></a>[/wonkbar]OR maybe we were right, even though we were just bein' silly at the time, to wildly speculate that Melania Trump is actually a Russian spy, who started the whole Russian cultivation of Donald Trump, by agreeing to lie underneath him IN HOLY MATRIMONY while he grinded his stale erection up against her bathing suit region. Hey, somebody is still living at Trump Tower, and it is Melania.

An interesting detail to remember about the sexxx between these servers is that when reporters started poking around the story, all of a sudden the servers stopped going "BING BONG!" at each other, only to restart again quietly a few days later, with the connections configured all different-like (insert computer words here about DNS addresses and connections that we, yr lowly Wonkette, ain't even begin to understand). Weird, right?

Hey, know who ELSE had an email server? Anyway, give Wonkette money, as a love gift, because that's how we run this place, instead of shitty ads.