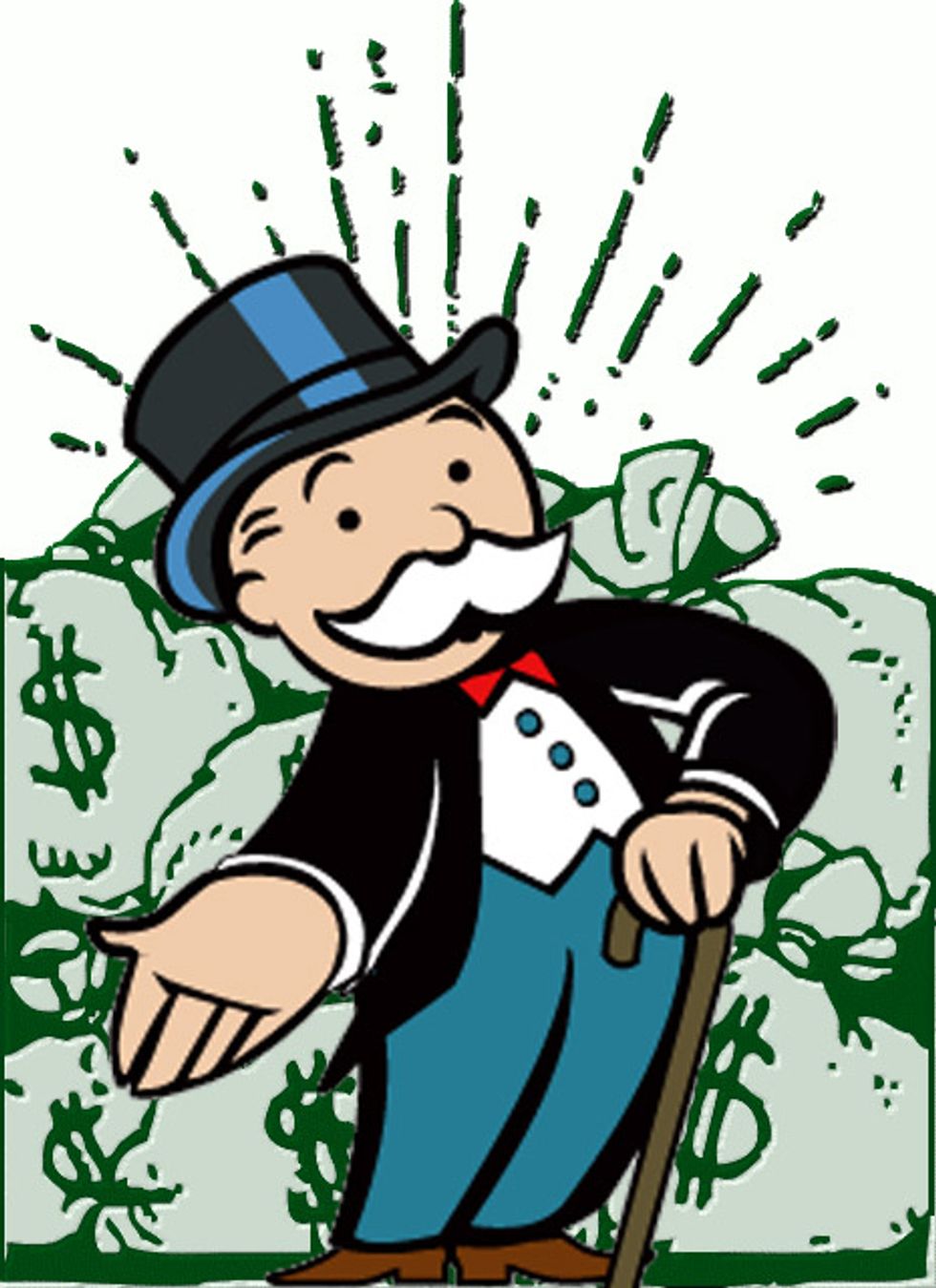 Since the government needed to be funded for another three weeks, Congress decided to slip some additional tax cuts into the continuing resolution, because December's $1.5 trillion tax cut clearly wasn't enough. The cuts, which were also included in the four-week CR before the shutdown, will delay three health-care taxes that nobody likes in the Affordable Care Act. As a result, they keep getting delayed, almost always tossed into a continuing resolution just like this one. Not enacting the taxes will add $31 billion to the deficit, but suddenly Republicans don't care about deficits anyway. Governing is fun.

Just for the sake of mentioning it whenever some wingnut starts blathering about the ocean of debt Barack Obama caused, you might point out that according to the Congressional Budget Office, the deficit for the first three months of the current fiscal year, under President Like, Really Smart, is already $18 billion larger than it was the previous year -- and that's before the big new tax cuts kick in.

Republicans had wanted to kill off the three ACA-related taxes altogether in December's big Tax Cut For Rich Fuckwads, but since that would have added another $310 billion to the deficit over the next ten years, it wasn't possible under the rules that allowed that bill to pass with just 51 votes. Those reconciliation rules were already so tight that in order to include a permanent cut on corporate rates, the bill had to let taxes on individuals go up after a few years, so any bigger tax cuts have to be wedged into other measures, like the CR, that aren't subject to the deficit "limits" that Republicans imposed back when they were pretending to worry about debt. Deficits, you will be shocked to learn, are only a concern when there's a Democrat in the White House.

So, the three taxes that will be put on hold again were all originally included in the ACA to offset the costs of subsidizing premiums for low-income people buying insurance on the exchanges. One, the medical device tax, has been unpopular with Republicans because it's a tax and part of Obamacare, but also disliked by many Democrats from states where medical device manufacturers have their headquarters, like Massachusetts. Yes, this IS why we need single payer and strict cost controls on the health-industrial complex, and also why getting to single payer will be hard even when Dems are in power. That tax will be delayed for two years; it had technically gone into effect this year, but no tax had yet been due since, as you may have noticed, it's still January.

Bad News: Trump's attempts to ratfuck the ACA are measurable. Good News: Obamacare takes a licking and keeps on ticking.

There's also a health insurance tax, which actually did go into effect last year, and applies to all health insurance plans in what seems like kind of a dumb idea, since an extra tax seems like a disincentive to buying insurance. Insurance lobbyists have been pushing forever to eliminate it altogether, and if the ACA had been treated like Social Security or Medicare, this seems like one of those things that could have been dealt with in the normal course of its evolution. In fact, the cost of this tax had been factored into 2018 premiums, which is part of the reason they increased overall. The bigger driver of this year's premium increases, of course, was insurers' uncertainty over how the Trump administration would fuck over Obamacare. With the delay, 2019 premiums could be a little more stable, depending of course on what fresh heinous fuckery Trump's ACA-wrecking gremlins come up with between now and the summer, when insurers set new premiums. (Hey -- yet another thing we wouldn't have to worry about with single payer!)

Finally, there's the so-called "Cadillac tax," which will again be delayed for two years, and would apply to employers whose employee healthcare benefits are much more generous than most. The theory on this one is that it would "encourage employers to lower health care costs by creating a stronger incentive to reduce spending on insurance." The most generous insurance benefit packages are loved by the people who get them, but since health insurance isn't taxed like income, the effect of Cadillac plans is often economically perverse, driving excessive spending on health services, making healthcare more expensive, and keeping wages down overall. Here is a healthcare economist 'splainering it in the New York Times:

“I don’t know if, as economists, we’ve just fallen down and not done a particularly good job explaining this to policymakers and the general public or whether this is just very hard,” said Martin Gaynor, a health economist at Carnegie Mellon University, and one of 101 economists and health policy experts who signed a letter opposing postponement of the Cadillac tax. “The costs are obvious and immediate and benefits to this are indirect and diffuse and happen in the future, and that’s just a very heavy lift for policy.”

Of course, even though in the long run it might result in a more efficient health marketplace, nobody wants to have their benefits cut or taxed, so everyone hates the Cadillac tax. Gosh, this might be another place to make the case for universal coverage like they have in the Germany and such as, where where everyone gets a suite of good benefits from a non-profit insurer, and then if big employers want to offer supplemental plans to cover more than that, they could. Just an idea.

In conclusion, your government is open again and our healthcare system still needs surgery, the end.

Yr Wonkette is supported by reader donations. Please click here to help Rebecca pay for our insurance. Who knew they still had De Soto plans?