Rep. Blake Farenthold: I Did Not Have 'Wet Dreams' About Sexing That Staffer I Fired 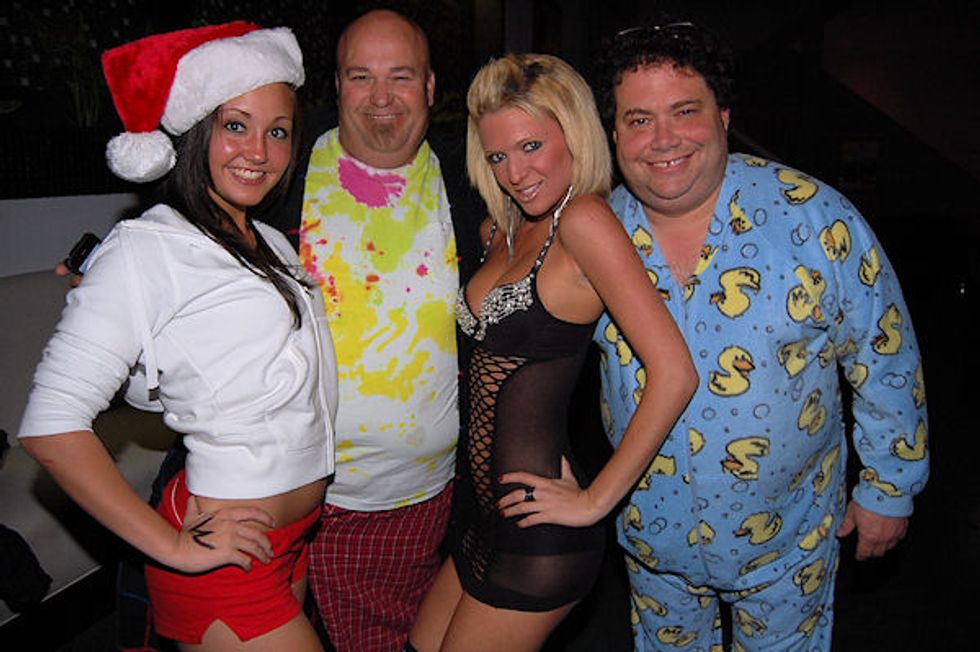 In December, we gasped and clutched our pearls and LOL'd sooooo hard and then gagged even harder at the news that Texas Congressfool Blake Farenthold (R-Footie Pajamas) had been sued for sexually harassing his former communications director, Lauren Greene, who was coincidentally fired. COINCIDENTALLY, people, and probably NOT for complaining that she did not want to hear his sexytime talk, ew, gross. Because who would ever in a million years believe that such an upstanding guy, who wants to impeach President Obama for invading America with Ebola and also not really being a real U.S. American, would be capable of such untoward indecency?

Defendant admits that some staff occasionally joked that Rep. Farenthold finds redheads attractive, but denies the allegation implication that this was a source for, or cause of, concern for any staffer.

So, OK, yes, he has a thing for redheads, as everyone on his staff knows, but they all loved hearing about it, and it never made anyone uncomfortable or squeamish or, like, "I don't really wanna hear about that from my boss." So that point is full-on moot. What else is Plaintiff Greene ALL LIES-ing about?

Ew. EWWWWW. Farenthold's office also denies that he "was infatuated" with Ms. Greene. As for whether she was "uncomfortable" in the workplace, well, all he knows about that is that she "expressed concern to witnesses that her job might be in danger because of her performance." But Farenthold also would like to note that "Plaintiff's ineffectual approach to her job was in stark contrast that of her predecessor," who was also a lady and she hasn't filed any lawsuits for sexual harassment or discrimination, by the way, so obviously Plaintiff Greene just gender-neutrally sucked at her job.

There's no law that says you can't compliment your employees on lookin' good, though. And as for some of the more tasteless things Ms. Greene claims her former boss said to her?

So basically, she strolled into the office, when she bothered to show up at all, covered in cat hair and looking gross and disheveled, which is VERY INAPPROPRIATE, except for that one time she came into the office "in a shirt and bra that were made of such flimsy fabric that Plaintiff's nipples were visible," which is also VERY INAPPROPRIATE. But regardless, Rep. Farenthold never said nothin' VERY INAPPROPRIATE about that, like, for example, that she "could show her nipples whenever she wanted to." Nope, nope, that did NOT happen.

We sure look forward to the next round of details about Farenthold's wet dreams that he did not have and the inappropriately exposed nipples he didn't even mind looking at.