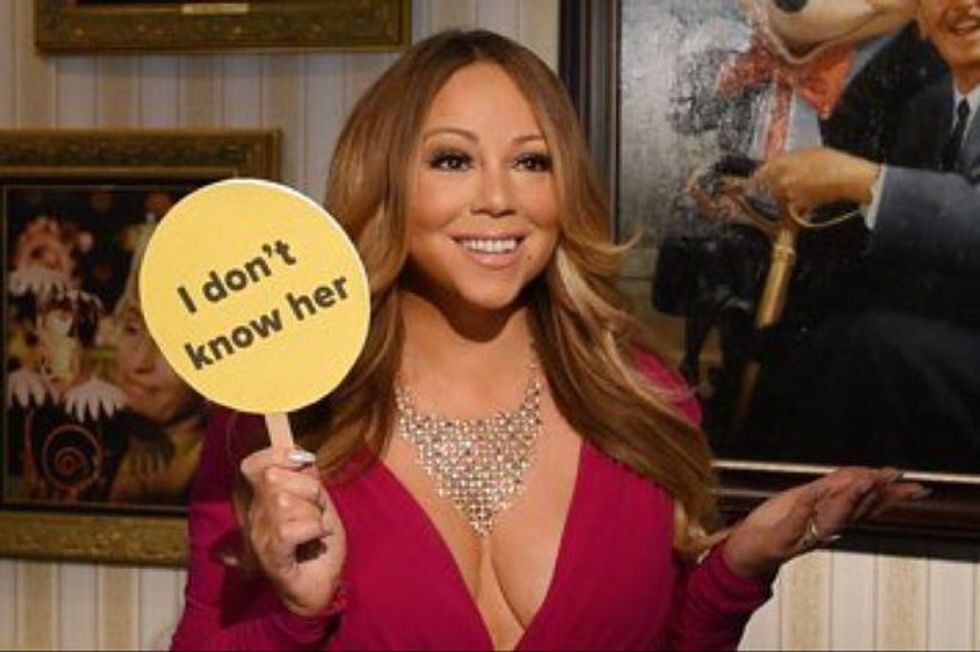 Florida Representative Matt Gaetz has been making the rounds the past week or so, going all #ReleaseTheMemo on any news show that will allow him to expound on his various theories of why said memo is going to result in Barack Obama and Hillary Clinton going to jail. Naturally, this included an appearance on Infowars in which he complained that it was unfair that he and Alex Jones were derided as conspiracy theorists just because "we see this cabal right in front of us."

Continuing on this theme, Gaetz brought notorious internet troll Chuck C. Johnson to the State of the Union.

Johnson is perhaps best known for repeatedly referring to himself as an "award-winning journalist" based on an award he got for his college newspaper, saying a lot of things that are not true, and doing a lot of things that are very sketchy. Like that time he tried to dox the woman in the Rolling Stone UVA rape scandal and ended up doxxing another random woman who had nothing to do with it. Oh, also for having gotten thrown off of Twitter for raising funds for the purpose of "taking out" Black Lives Matter activist McKesson. He is widely considered one of the worst people on the internet.

He's so icky, in fact, that even Gaetz, who had zero problem cuddling up to Alex Jones, is now inching away from him. According to The Daily Beast, Gaetz is now claiming that he only invited Johnson because he found himself with an extra ticket after his dad caught bronchitis, and Johnson just happened to have shown up at his office at the exact right time.

Johnson, however, maintains that he was pretty much Scarlett under the oak tree when it came to congressional invites to the State of the Union, and picked Gaetz to take him because he was his comeliest suitor:

Johnson offered a different explanation of how the evening came together. Initially, he said he and Gaetz were introduced by another member of Congress, whom he declined to name. In a separate conversation with The Daily Beast, however, Johnson said that he was invited by several members of Congress but “took Gaetz’s invitation” as “he’s into stuff on the issues that I care about."

Asked about Gaetz’s differing account, Johnson said, “I’ll go with whatever version Gaetz says because I’m not a gangster rapper.”

Well, thank goodness for small favors, because I certainly don't ever want to hear Chuck Johnson attempting to gangster rap. He did, however, tell The Daily Beast that Trump was, in fact, "straight up gangster."

“It was a wild time. I certainly did a bunch of jumping out of my chair,” Johnson said of the State of the Union speech itself. “Trump was straight up gangster.”

Of course, not all Republicans feel the need to dissociate themselves from Johnson. Trump is reportedly an avid reader of his site GotNews.com, and Interior Secretary Ryan Zinke has been in contact with him. That's normal and fine, and in fact it's completely great.