Rep. McKeon: Due Process Should Be Treat for Good Little Humans Only 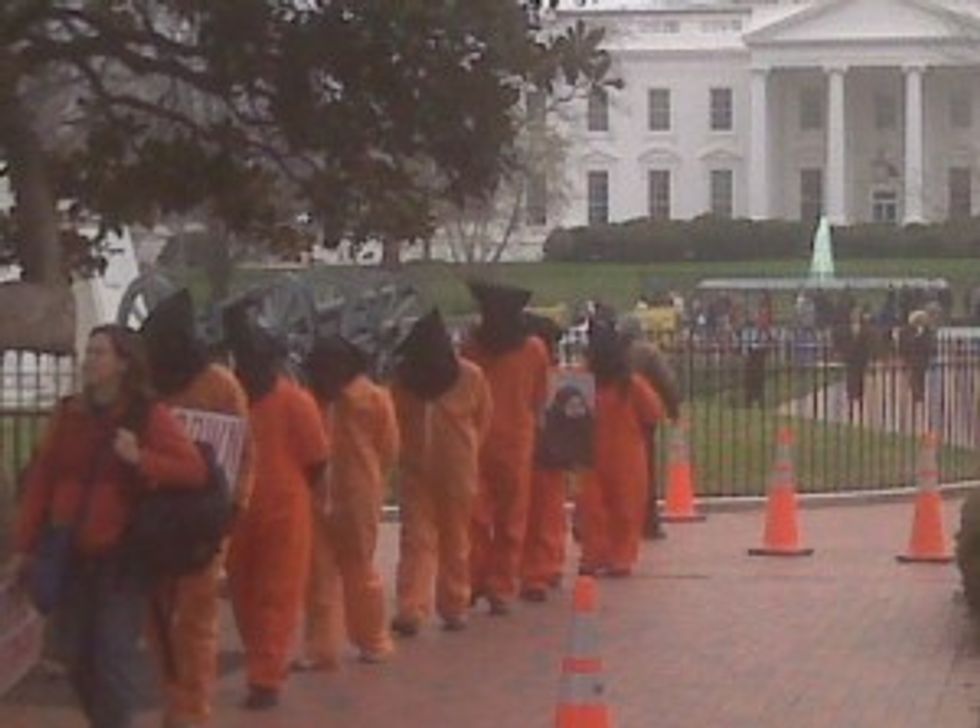 Now look here, whiners. The tearful consternation over the United States executive branch's special new indefinite detention superpowers over any human Earthling including its own citizens that it can pin down long enough to slap a "TERRORIST" sticker on his forehead and haul him away at its very own special Pope-caliber hyper-infallible discretion -- it's very touching, but House Armed Services Chairman Rep. Buck McKeon and his merry band of Bush administration demons have put out a scary letter to remind you that due process is a "reward," not a right as you might have believed, in error.

Representatives Adam Smith and Justin Amash are offering a bipartisan amendment in the House next week to strip the National Defense Authorization Act of its provision granting the military the right to indefinitely detain U.S. citizens captured on U.S. soil without trial.

This is the same as if the government started giving out free sex favors to criminals as a thank-you present for horrible behavior, according to the McKeon letter that was also signed by former Attorney General Michael Mukasey and former Homeland Security Secretary Michael Chertoff:

“Rewarding terrorists with greater rights for making it to the United States would actually incentivize them to come to our shores, or to recruit from within the United States, where they pose the greatest risk to the American people,” the letter said. “Such a result is perverse.”