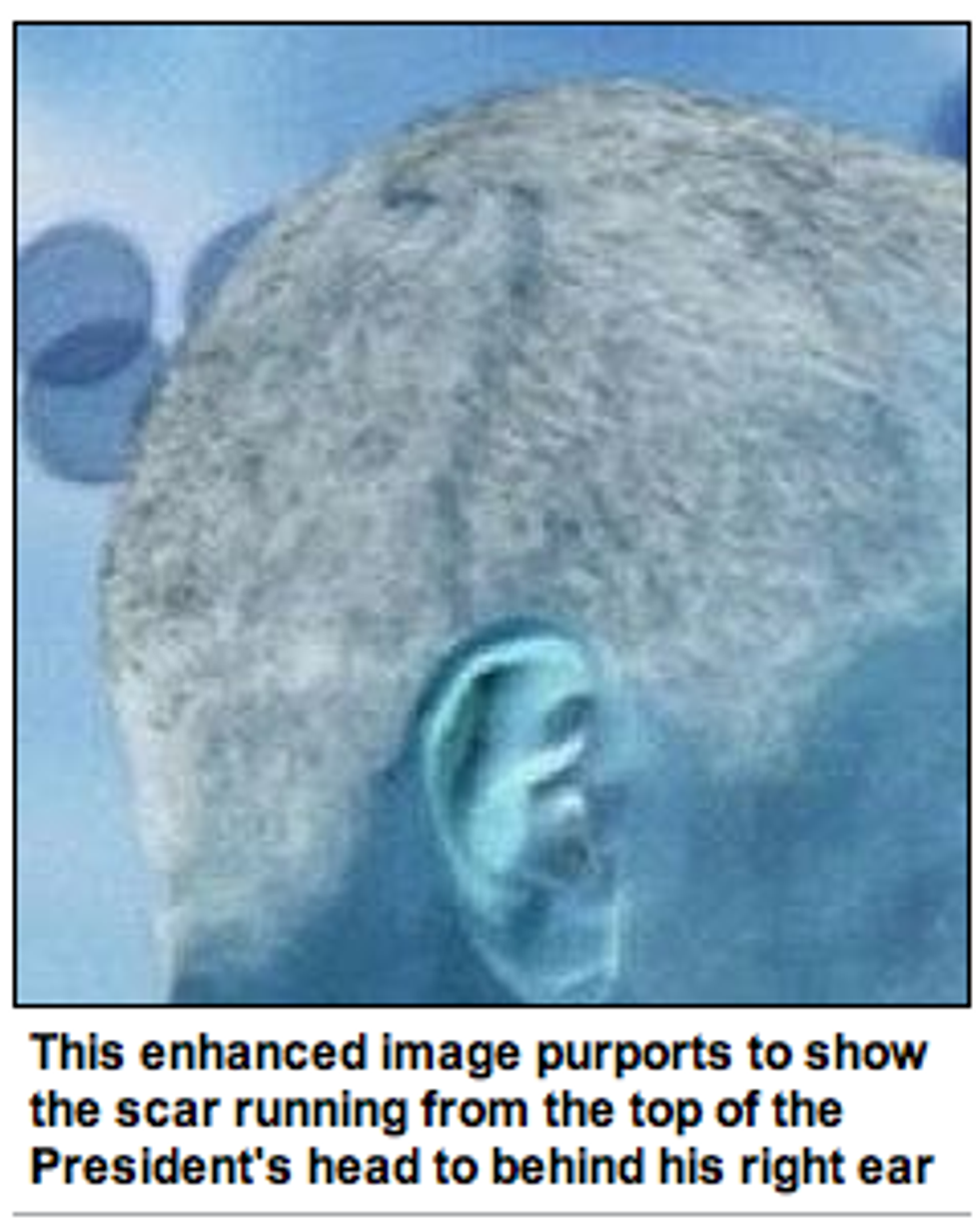 One of the greatest questions plaguing birthers about the president's birth certificate has been, of course, "What did the aliens have to do with it?" But they may have finally uncovered it: The aliens did brain surgery on Obama and filled his head with a device that can only respond to a teleprompter, as that is the most reasonable explanation for some photo of Barry with George Lopez they found. Did the aliens steal the birth certificate? Was there a box on Hawaiian birth certificates back then labelled "aliens did brain surgery on this black baby," and was it checked on Obama's? We don't know. "The question is: When will the media start inquiring into what that huge scar on his head is all about?"asks something called "EscapeTyranny.com." The answer is right now, and the newspaper is the Daily Mail.

A spokeswoman from the White House said they were not willing to comment on such claims, saying they were 'ridiculous'.

Haha, that's what the White House gets for giving their number out to the Daily Mail.

Countless neurosurgeons said it is 'not their place' to comment on whether or not distinctive scars on the President's head are as a result of brain surgery.

How much hush money has Obama given to "countless neurosurgeons"? They must have a union.

Without medical records or an admission from the White House, the public may never know the answer to the question, along with the contents of his birth certificate.

Who wrote those books? Was it Bill Ayers, or was it known alien Xenogrtyiphobin Ayers? (It was Nick Ayers.)

In a related story, Obama is now asking Republicans to make cuts to Social Security. And remember all those campaign promises he made, like the one about Guantanamo, that he mysteriously reneged on? That brain totally was surgeried! [Daily Mail/Escape Tyranny]