Report: Fox News's Roger Ailes To Get Sh*tcanned For Being Gross Pig 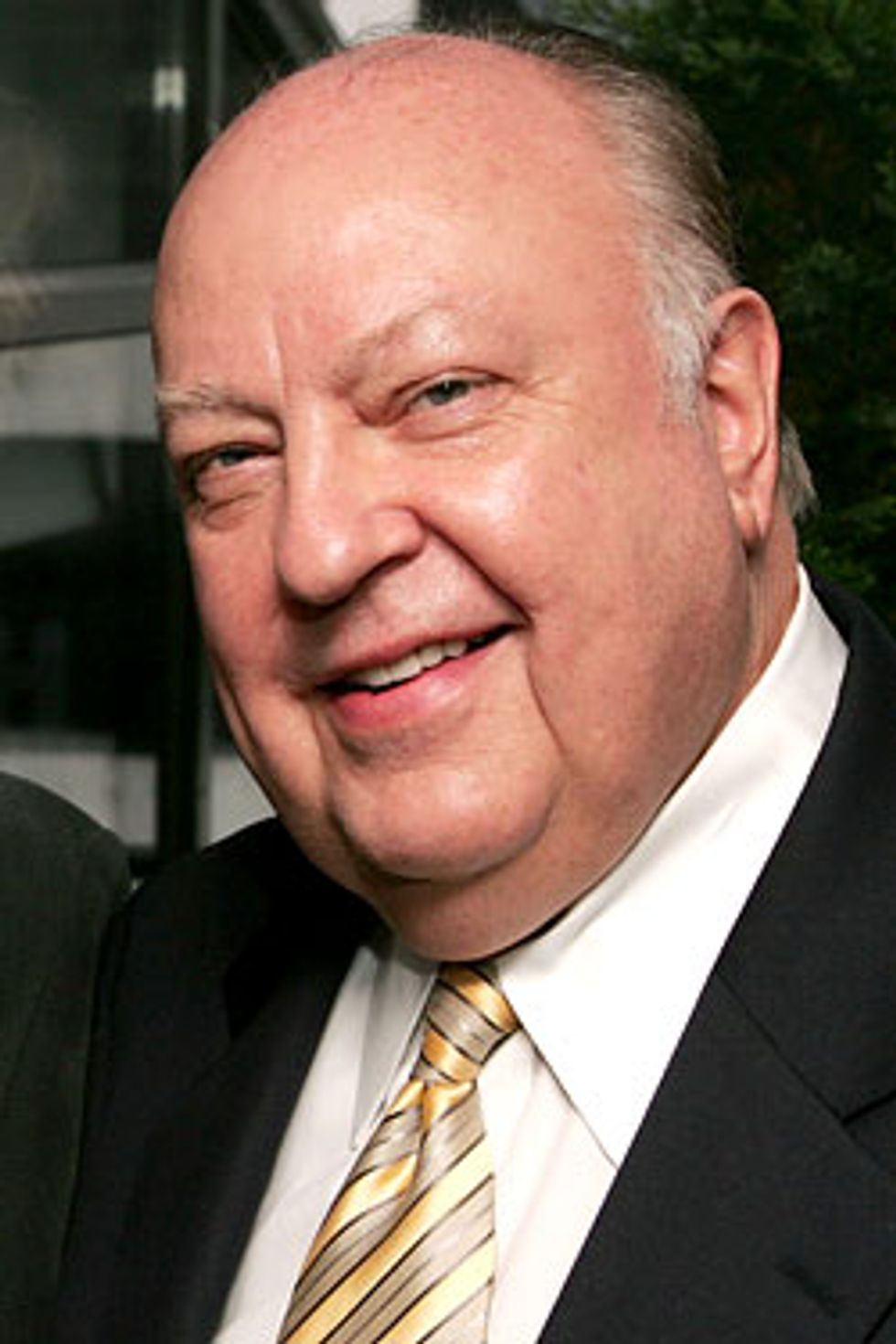 New York Mag has a scoop, you guys, and Wonkette is here to aggregate it at ya! Gabriel Sherman, longtime Fox watcher so you don't have to, says Rupert Murdoch (gross) agrees with his sons that it is time to fire lechy disgrace Roger Ailes, just for the so-called crime of making women do things to his "red like raw hamburger" penis, or else they would not have jobs!

Good job, Fox News lady! Wonkette is so proud of you!

A week after then-Fox host Gretchen Carlson forgot to pretend to be stupid for a minute, and advocated at least a couple common-sense gun laws, she failed to get her contract renewed by Fox -- and then decided to do to Roger Ailes what he had allegedly been trying to do to her for years! (She fucked him.)

And after Carlson filed her sexual harassment lawsuit (against Ailes but not against Fox) a whole bunch of other women came forward, Cosby-style, to say "OH UGH FUCK IT ALL ME TOO." And the stories were disgusting.

Now, according to New York, Rupert Murdoch and his sons Lachlan and James have had e-fucking-nough. Except for one tiny matter:

After reviewing the initial findings of the probe, James Murdoch is said to be arguing that Ailes should be presented with a choice this week to resign or face being fired. Lachlan is more aligned with their father, who thinks that no action should be taken until after the GOP convention this week. Another source confirms that all three are in agreement that Ailes needs to go.

What we assume Lachlan and James Murdoch look like

Yes, the Murdochs know what really matters, and it is that the Cleveland Clusterfuck continue on unmarred. (LOL.)

But is Roger Ailes sad and defeated? YES!

Meanwhile, one Fox host told me that Ailes loyalists are reporting back on the investigation to his attorney, and Fox contributor, Susan Estrich. “They’re scared to death,” one Fox anchor told me. “The mood is bleak.”

And there is your Monday Good News.