Report: Ted Cruz Jizzed On All The Pillows 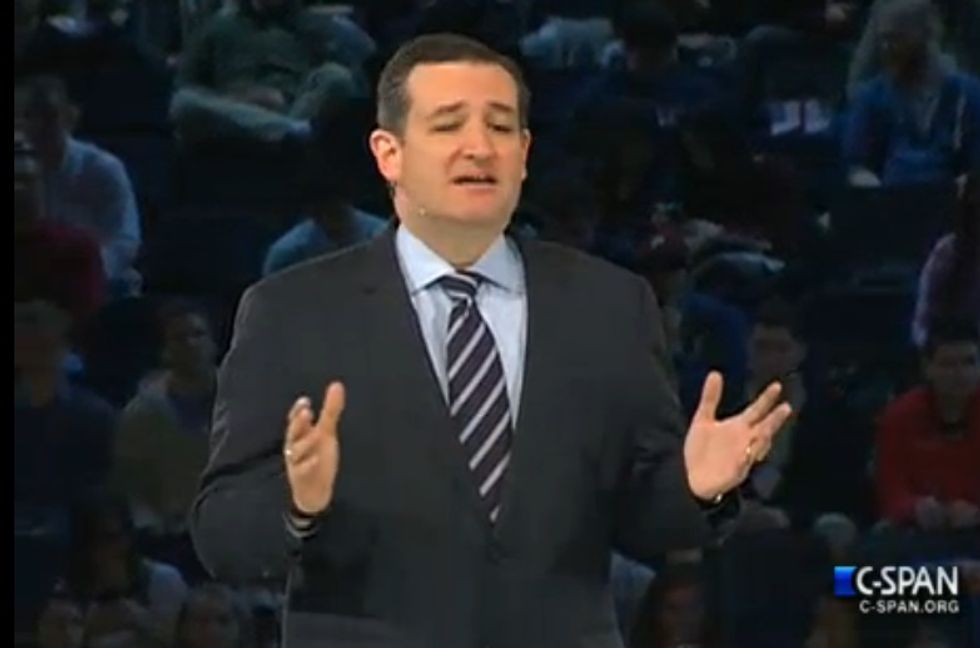 Dunno where that finger has been.

But his roommate made another tweet too, which went less noticed. This one was REALLY gross:

Get it? You understand what he is saying? We think we understand. Let us 'splain:

When Ted Cruz would see a tempting piece of lady flesh at Harvard, Devil Satan would sneak up his butthole and poke around until evil sexual arousal struck young Ted. He would pray to Jesus for it to go away but Jesus would LOL at Ted's prayers. Yes, the savior of all humanity would instead run around Heaven telling all the angels how that punchy-faced Canadian Ted Cruz has a stiffy right now.

Meanwhile back in Cruz's dorm room, he would know he had to do something, but he didn't know what. His roommate was sleeping right there! And God was watching! Ted was pretty ticked off, and it takes a LOT to tick him off!

It only took those two strokes, except for the times it only took one stroke.