Republican Missouri Gov Stays Tonight's Execution Of Possibly Innocent Man? WHAT UPSIDE DOWN UNIVERSE IS THIS 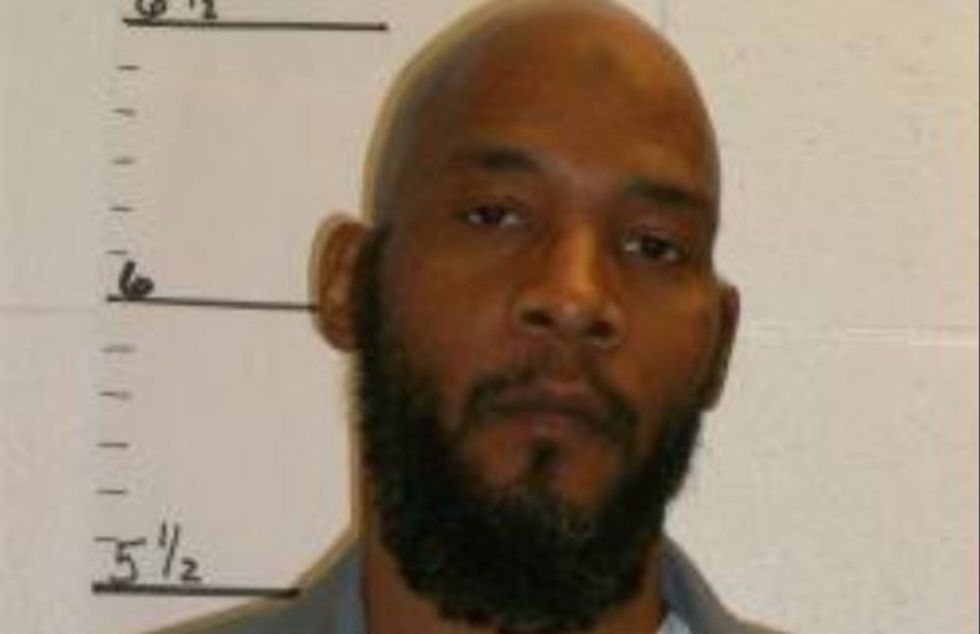 Why bother with new evidence when you have someone ready to strap to a gurney?

Missouri was all hot to execute a convicted murderer tonight, regardless of new DNA evidence that indicated the convict, Marcellus Williams, is probably not the killer. Williams was convicted fair and square in 2001, based on the word of an ex-girlfriend and a jailhouse snitch who both got reward money for their testimony, and despite the lack of any physical evidence, so the state of Missouri saw no reason to hold things up any further. But then, literally while we drafted the There's No Justice first version of this story, Missouri's new Republican governor, Eric Greitens, issued a stay of execution and announced he would appoint a board of inquiry to evaluate the new evidence.

Greitens issued an executive order staying the execution and established a board to review all the evidence from the trial, as well as the new DNA evidence, putting a halt to what we had thought was certain to be the state-sponsored killing of an innocent man.

Al Jazeera reviews any number of problems in the case, most notably the lack of physical evidence tying Williams to the murder. His attorney, Kent Gipson, says he found the state supreme court's recent refusal to even review the new DNA evidence "baffling":

"We petitioned the court to look at the new evidence on August 14th, and less than 24 hours later they decided based on the court files that the execution should go ahead anyway. This is unprecedented," Gipson told Al Jazeera.

Williams has insisted he's innocent from the beginning. He was originally scheduled to be executed in 2015, but the state supreme court at that time ordered a stay to allow DNA testing of the evidence. But once that DNA testing has been done, the high court seemed to lose interest. The tests found male DNA on the murder weapon, a knife, but it didn't match Williams.

"There is no physical evidence, no eyewitnesses that directly connect Williams to the murder, the DNA on the weapon wasn't his, the bloody footprint at the murder scene wasn't from Williams' shoe and was a different size, and the hair fibres found weren't his," said Gipson. "It was someone else that killed Gayle, not Williams."

Of course, you'd expect a bleeding heart defense lawyer to look at a bunch of facts and evidence and point out that none of them match his client. But what about the compelling witness testimony that put Williams away? A guy named Henry Cole, who shared a cell with Williams just after Williams's arrest, testified that -- as murderers almost inevitably do -- Williams immediately told Cole all about how he'd killed Gayle, because cold-blooded killers always brag about their crimes to the first stranger they meet in jail.

Then there was Laura Asaro, Williams's druggy girlfriend at the time, who said at trial she'd seen scratches on Williams's neck that looked like fingernail marks. That was plenty for the jury, though maybe the DNA evidence might be relevant here, too:

"These scratches would leave DNA traces on the victim, but Williams' DNA was not found underneath the victim's fingernails, just like it was someone else's DNA that was found on the murder weapon," said Gipson.

"She also claimed she saw Williams with the victim's driver's licence, which is impossible because Gayle's licence was left at the crime scene."

Asaro and Cole both may have been motivated by a $10,000 reward Ms. Gayle's family advertised for tips; both received payouts from the reward fund. You know, for being good citizens.

According to Gipson, the district court that tried Williams has a habit of making sure black jury candidates are struck from murder trials of blacks accused of killing whites. Of the seven African Americans in Williams's jury pool, all but one were struck, giving him a jury of 11 of his white peers and one of his black peers. Oh, dear, we've gone and dragged race into this. Guess that means Trump will be reelected and some white people will have to hold a rally with Nazi flags to protest our bias.

Until Greitens's surprising intervention this afternoon, we had assumed Williams would be yet another convict to fall to the logic of the great Antonin Scalia, who insisted that mere factual innocence is no reason to stop an execution if the trial was held properly:

"This Court has never held that the Constitution forbids the execution of a convicted defendant who has had a full and fair trial but is later able to convince a habeas court that he is 'actually' innocent," Scalia wrote in a 2009 dissent[.]

Happily, Gov. Greitens appears to be a rare exception to the execute 'em at all costs crowd, at least in this case. Perhaps he learned something from the example of former Texas Gov. Rick Perry, whose refusal to allow new scientific evidence to be considered in an arson case led to the 2004 execution of Cameron Todd Willingham, who was almost certainly not guilty of killing his children in a fire, despite a conviction that now looks very dubious.

Or perhaps Greitens simply wasn't willing to take the risk of letting an innocent man be executed. The board of inquiry will reconsider the trial evidence, the iffy witness statements, the new DNA evidence, and some circumstantial evidence not mentioned by the Al Jazeera story (damned incomplete reporting!), but covered in the Washington Post piece on the stay of execution: Williams was accused of selling a laptop taken from Gayle's home, and several items belonging to Gayle were found in a car he drove the day of the murder. Following its deliberations, the board will issue a report on whether Williams should receive clemency.

The hope of a stay from the U.S. Supreme Court seemed slim; the last-minute appeal was made to Justice Neil Gorsuch, who instead of authorizing the lethal injection, may have insisted Williams be frozen to death in the cab of a truck.