Republicans Bravely Run Away From Fourth Of July Town Halls 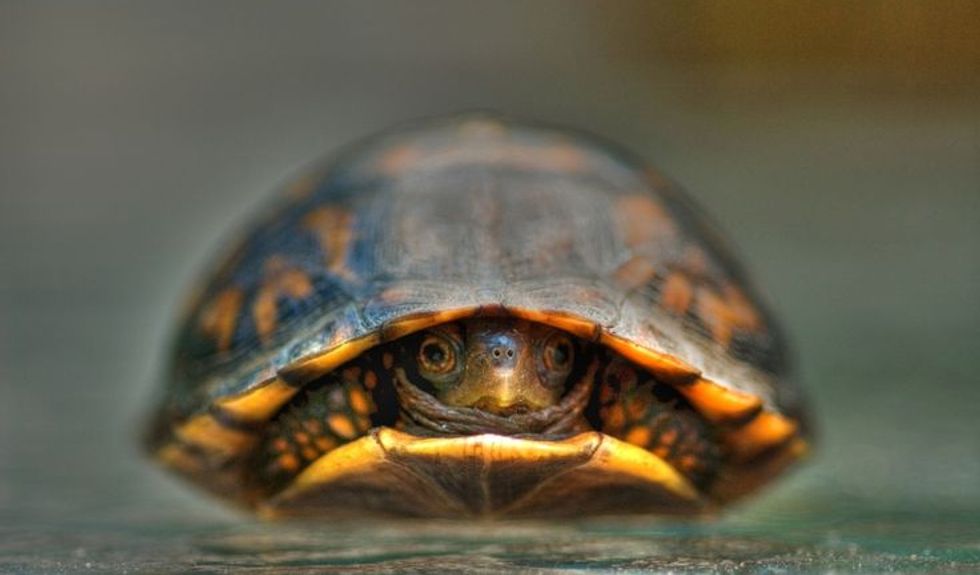 Republicans are spending the Fourth of July recess tinkering with their awful Obamacare repeal bill in an attempt to get 50 votes, and also mostly avoiding constituents who want to let them know just how awful they think it is. According to the Washington Post's tally, more GOP senators went on a junket to Afghanistan this week than actually scheduled town halls. It's safer, we guess.

Not too surprisingly, Maine Senator Susan Collins, who came out against the "Better Care Reconciliation Act," was one of the few who showed up in public for Independence Day parades; at a parade in Eastport, Maine, Collins heard from constituents who wanted her to keep opposing the thing, even if Mitch McConnell adds a buck or two for opioid treatment and promises to hold off killing Medicaid for an extra six months.

“There was only one issue. That’s unusual. It’s usually a wide range of issues,” Collins said in an interview after the parade. “I heard, over and over again, encouragement for my stand against the current version of the Senate and House health-care bills. People were thanking me, over and over again. ‘Thank you, Susan!’ ‘Stay strong, Susan!’ ”

Angus Collins, who also walked in the parade, had a far more succinct assessment of the BCRA: "If you took a blank sheet of paper and said, ‘How could we get a bill that would really hammer Maine,’ this would be it,” he said.

Ted Cruz Has Healthcare Ideas. That Can't Be Good!

Are there any issues Ted Cruz can't make worse? Probably not!

Just three other Republicans showed up at parades yesterday, and only one of them, Ted Cruz, is firmly in favor of taking health insurance away from tens of millions of Americans. Cruz, who's currently a "no" vote because the bill isn't cruel enough and would like to give people the option of buying crap insurance that covers practically nothing, appeared at a parade in McAllen, Texas, where most people voted for Hillary Clinton. He wasn't universally cheered:

[As] Cruz grabbed a microphone, protesters behind a short fence waved signs reading “No Transfer of Wealth 4 Our Health” and “No Repeal, No Medicaid Cuts.” Supporters with Cruz gear tried, in vain, to drown them out.

“Isn’t freedom wonderful?” Cruz asked. “In much of the world, if protesters showed up, they would face violent government oppression. In America, we’ve got something different.”

Only Ted Cruz could make freedom from having your head cracked open seem like a really nice favor America is granting us. Later in the day, Cruz explained to the Texas Tribune the protesters were simply part of “a small group of people on the left who right now are very angry.” Which is pretty impressive denial, considering that even a Fox News poll last week found support for the Senate's bill at a whopping 27 percent (and that was the most enthusiastic support in recent polling). It didn't ask people if they were leftist or angry, though.

The other two Rs who showed up for parades were Lisa Murkowski, who walked in a parade in Wrangell, Alaska (population about 2400), where people were mostly opposed to the bill, and Nevada's Dean Heller, who already has come out against the current version of the bill, who also stuck to a small town, Ely (pop. 4200), where he wouldn't be too mobbed. The area went for Trump last fall, and Heller actually heard from some voters who want him to change his mind and please, please vote to cut insurance for millions. Remind us not to move to Ely, Nevada.

For the most part, though, Republican senators are hiding out from their constituents; a few will be holding town halls this week, but not many. Cruz will hold three events, sponsored by a rightwing veterans group, but they require pre-registration, so it's unclear if people opposing the bill -- who are only a small group anyway -- will get in. Kansas Senator Jerry Moran will hold three as well, and Chuck Grassley will actually hold nine town halls around Iowa during the week. We don't like him, but at least he's showing up, so good on Grassley.

Fortunately, at least one Republican has bravely explained why nobody wants to show up and hear from constituents yammering at them about their dumb preexisting conditions: California Rep. Devin Nunes explained in a radio interview before the recess that they're all worried about getting shot like Steve Scalise, since Dems are all violent:

The last thing we’re going to do is give in to a lot of left-wing activists and media [...] With these security situations, I don’t know how any member of Congress can do a town hall.

Worse, they might have to try to defend their indefensible plan to slash insurance coverage from people who would rather not lose it, which is probably a lot like being shot at.

Yr Wonkette is supported by reader contributions, and we actually like hearing from you! Please click the "Donate" clicky to send us money.