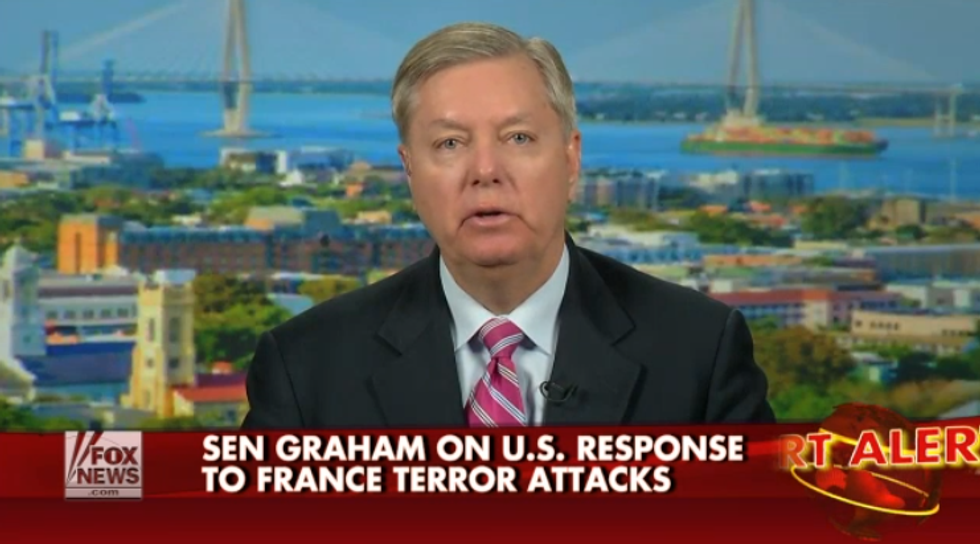 It used to be that Republicans wouldn't have to hate President Obama so much if only he had the Dad Jeans to call terrorist attacks by their rightful name, which he has never done. But that was ages ago, and now that the president, ever the appeaser, has started using the T-wordfor the first time ever, there's a whole new standard. Sure, the president said the slaughter at Parisian satirical magazine Charlie Hebdo's office was a "terrorist attack" and that his administration would "help bring these terrorists to justice." But that's still sort of wishy-washy in today's even more terroristical climate, don't you think? How do we know he really, truly understands the seriousness of a terrorist attack if he's only willing to call it a terrorist attack?