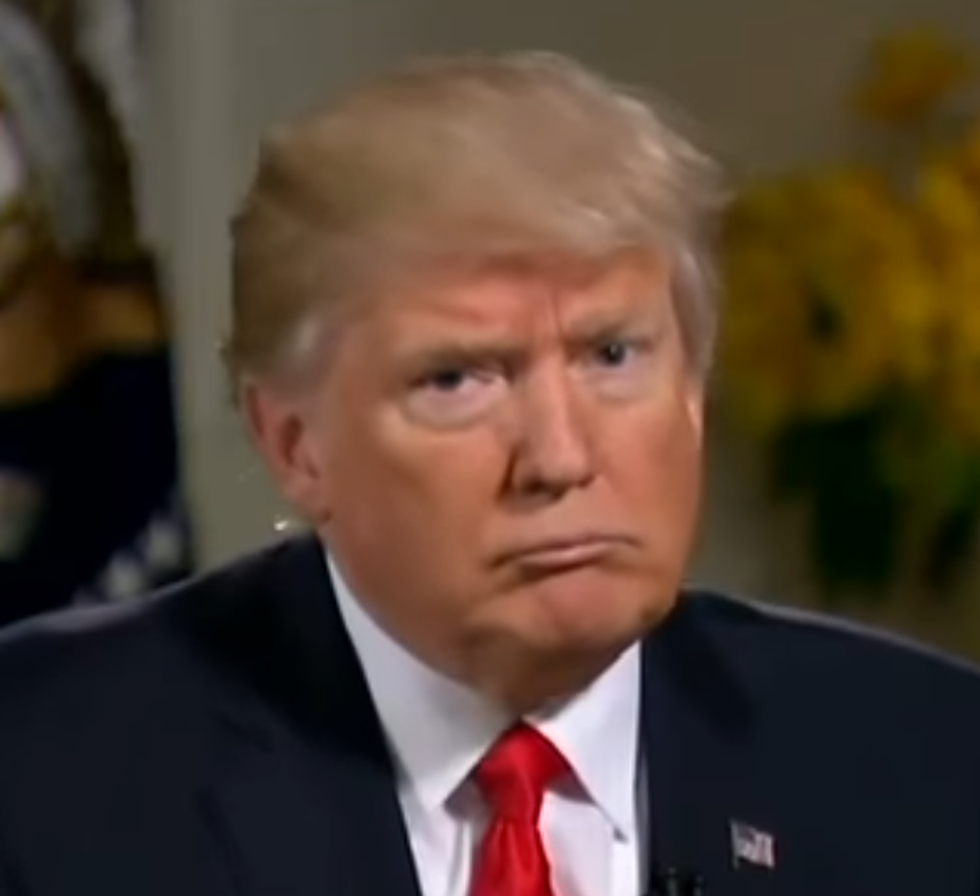 On Wednesday, we reported that FBI Director James Comey finally found some time, between washing his hair and writing fake Hillary emails in his Trapper Keeper so he can play like he's "investigating" them, to go over to Congress to give Senators Chuck Grassley and Dianne Feinstein, respectively the chairman and ranking member of the Senate Judiciary Committee, a briefing on the Trump Russia investigation. Two other members of the committee, Republican Lindsey Graham and Democrat Sheldon Whitehouse, have also been demanding that the FBI turn over any "evidence" it has that Barack Obama put a "wire tapp" in Donald Trump's bottom, like Trump claimed on Twitter. But that's unfair, because the Justice Department and the FBI need more time to find this "evidence" that definitely exists!

Well, seems like Republicans have just 'bout had it with this shit. Or as the New York Timesputs it, they are getting "openly testy" about it! First let's look at this hot-off-the-presses letter from the Senate Intelligence Committee, signed by committee chair GOP Senator Richard Burr. It calls utter BS on Trump's "wire tapp" claims:

That is, um, pretty definitive! And a big EFF YOU to Trump!

Next, let's visit with Speaker Paul Ryan, who Thursday morning came this close to calling Trump a lying liar who lies all the time, in regards to his "wire tapp" allegations:

"The intelligence committees, in their continuing, widening, ongoing investigations of all things Russia, got to the bottom -- at least so far with respect to our intelligence community -- that no such wiretap existed," Ryan said in response to a question from CNN at a news conference.

So, that's the Senate Intelligence Committee and the speaker of the House, saying Trump's bullshit claim is bullshit. What about the other Republicans the NYT says are so TESTY right now?

The Republican chairman of the House Intelligence Committee, Representative Devin Nunes of California, told reporters on Capitol Hill that “I don’t think there was an actual tap of Trump Tower” and that Mr. Trump, if taken literally, is simply “wrong.”

Devin Nunes LOVES Donald Trump, and he wanted to investigate the "wire tapp" so bad! How can he betray the idiot "president" this way? ET TU, DEVIN?

Jeff Sessions, the attorney general, said he had provided no information to Mr. Trump that might have formed the basis for the president’s claim.

Jefferson Beauregard! How do you say "ET TU, JEFF?" in Alabamian-ese? Oh that's right, you say it like, "Bless your heart."

As we mentioned Wednesday, Senator Lindsey Graham has been so sassy about this that he and Chuck Grassley are threatening to hold up the confirmation of Rod Rosenstein, the nominee to be deputy attorney general, AKA the guy who would be responsible for overseeing investigations into Trump's ties with Russia, since Jeff Sessions had to recuse himself. So mark South Carolina Sassypants and Grassley down as "testy."

The Times points out that all this has put Justice in a weird kind of damned-if-you-do, damned-if-you-don't kind of place. On one hand, if they call bullshit on Trump, they're, you know, calling the president a big liar. (Comey basically asked Justice to do just that.) If it turns out that some FISA warrant did exist, then they're probably confirming they have the goods on Trump, which would be UH OH!

But has Donald Trump not completely clarified that he didn't really mean "wire tapp" when he said "wire tapp"? Um sort of not really! In a wide-ranging interview with Tucker Carlson that showed off the full breadth of the president's intellect (they talked about how fun Twitter is), Trump explained that it all really comes down to what the definition of "wire tapp" is:

[D]on't forget, when I say wiretapping, those words were in quotes. That really covers, because wiretapping is pretty old fashioned stuff. But that really covers surveillance and many other things. And nobody ever talks about the fact that it was in quotes, but that's a very important thing.

But wiretap covers a lot of different things. I think you're going to find some very interesting items coming to the forefront over the next two weeks.

Tucker Carlson's next question to Trump, we shitteth you not, was "Do you talk to anyone before you tweet?"

But you see, all this stuff about chasing down a "wire tapp" isn't the point, even though Trump said Obama did a "wire tapp" to him, because Trump was talking about a WIDE RANGE of things, up to and including how maybe Kellyanne Conway's Hungry-Man frozen dinners are recording EVERY WORD HE SAYS. Can't you see how he put "wire tapp" in quotes?

You know what? Just fuck you.

To be clear, Trump puts things in quotes all the time, because he doesn't know the rules of punctuation. (For god's sake, GQ did a whole investigation into the man's use of quotation marks.) And to be even more clear, he didn't put "wire tapp" in quotes every single time in the tweets that started this whole controversy. Dumbass McSpellsBad definitely did not put it in quotes when he wrote, "How low has Obama gone to tapp my phones," and ended his interrogatory sentence with a period.

In summary, Trump is a fucking idiot and even Republicans are starting to figure it out, hip hip hooray!

Wonkette is fully reader-funded, so throw us a few dollars by clicking the banner below!