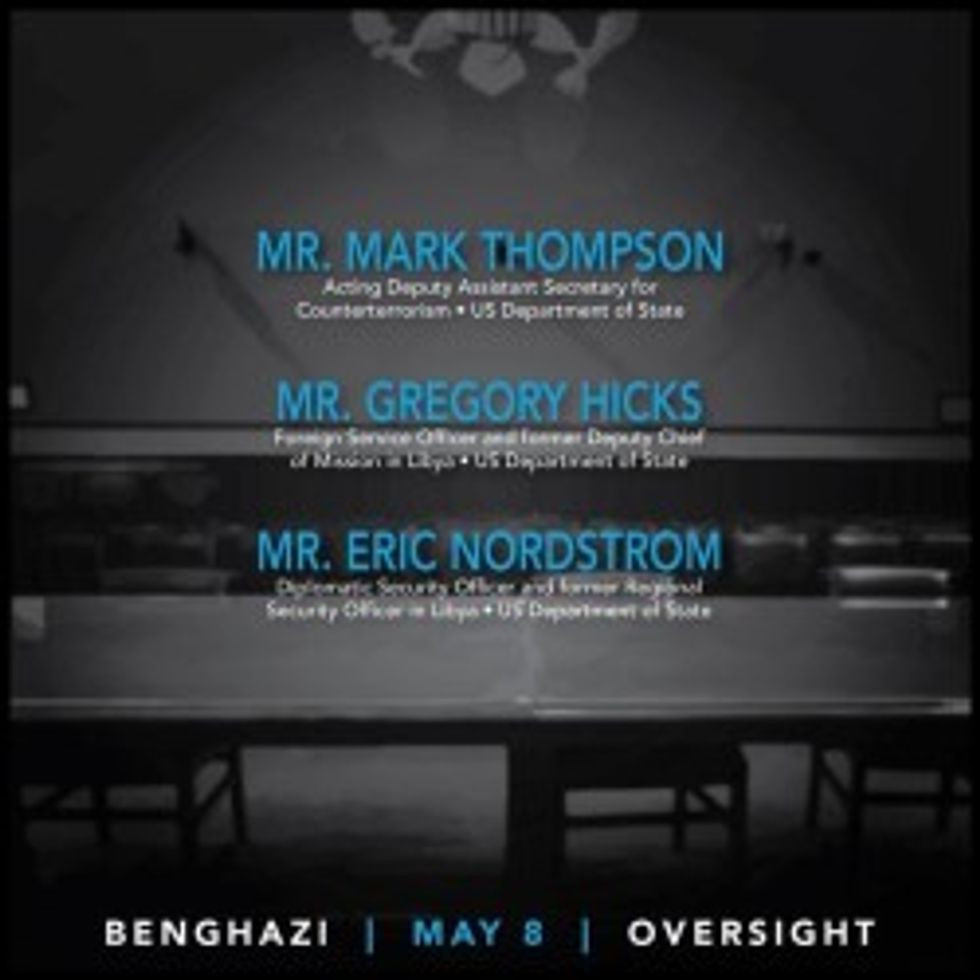 Happy BENGHAZIIII!!!!1! Day, everyone. At long last, it's here -- the day children wait for all year, trying to be good and leaving out cookies before they go to bed in the hopes that Republicans will come in the dead of night to bring them tax cuts and transvaginal ultrasounds and the headbanded head of Hillary Clinton on a stick. Hooray!

And who is playing jolly St. Prick today? Why, it's Rep. Darrell Issa, boys and girls! The car robber and arsonist who is now serving in Congress because Republicans are tough on crime but only sometimes, like if your crime in being not-white or something? Yes! The very same! The asshole who invented the car alarm, which does not actually prevent anyone from stealing anything but just annoys everyone within a 10-mile radius? Yes, that guy! The guy who is chairman of the House Government and Oversight Committee and likes to do investigations to America, but only the ones that "fit the narrative" and/or will "be good theater"? YES, THAT'S THE ASSHOLE WE'RE TALKING ABOUT, HOW MANY DARRELL ISSAS IN CONGRESS COULD THERE BE?

Today's oversight hearing on BENGHAZIIIII!!!!1! is VERY IMPORTANT TO AMERICA because Republicans will ask VERY IMPORTANT TO AMERICA questions like why does President Obama love terrorists? And why did Hillary Clinton kill those people with her very own hands? And will this smear campaign be enough to derail her potential run for the White House in 2016 because Republicans don't know what they're going to do if the best they can cough up to run against her is Ted Cruz, who is from Canada and has not released his long-form birth certificate anyway?

And that is why car thief, fire-starter and theater producer Darrell Issa is getting the band back together so they can ask all the right questions to finally get to the bottom of how they think they might have finally found something to bring down the whole Dumbocrat Party, which is totally going to happen this time, you can just feel it, and as self-appointed Twitter expert Michelle "Not A Idiot" Malkin insightfully observed on Tuesday, "#Benghazi is trending. Americans won't forget. Whitewash isn't working. Stone walls crumble."

The hearing -- and the search for the truth -- begins now. Brace yourself, America.