While everyone is focused on the horrors of Trump's baby jails, the monumental stupidity of his trade war, and the swirling cesspool of Russian cyberfuckery, House Republicans have been busy cooking the books and cutting the social safety net, and yesterday they they made their most brazen proposal yet.

This morning, Roll Call reported the current draft of the House 2019 spending bill for the Education and Health and Human Services departments calls for $110 million in cuts to programs that fund school safety and behavioral health programs. These are the kind of programs meant to curb violence in schools with counselors and anti-bullying initiatives. Good thing we haven't had any school shootings this year!

Rather than preventing kids from growing up to be homicidal maniacs with easy access to semi-automatic assault rifles, Congress is simply taking all that money and giving it to cops. They're increasing the funding for the US Capitol Police (the special security detail that protects members of Congress), putting more money over to the Justice Department's "STOP School Violence" program, and increasing Title IV grants to $1.2 billion. Since Title IV grants can be used for practically anything, we'll just have to hope the money isn't used as another slush fund.

None of this should be too surprising. The House has consistently defunded school safety initiatives for a decade. In all fairness, it is a lot easier to pat people down than to make kids sit with a shrink and talk about their feelings.

Under the House bill, funding for so-called safe schools national activities would be less than 10 percent of what it was in 2007, when similar Education Department programs had around $500 million to spend. That declined sharply in fiscal 2010, when about $300 million in state grants lapsed, and again in fiscal 2012, when it dropped from $191 million to $64.8 million

Oklahoma Republican Tom Cole, who chairs of the subcommittee responsible for drafting the bill, cautions that the changes aren't final and more money could be added as the bill goes through markup, but we shouldn't hold our breath. House Republicans have been gutting the social safety net over the last few weeks, hoping the warnings of policy nerds would be drowned out by the bloodcurdling screams echoing from Trump's baby jails.

And don't expect the Trump administration to help either. His 2019 budget axed a $400 million grant that funded mental health programs, killed funding for the School Emergency Response to Violence program (aka Project SERV), and reduced funding for school safety activities by $25 million. Add to that the Trump administration's plan to merge the Labor and Education departments in an attempt to reduce government waste and you have rather concrete evidence Trump, his administration, and House Republicans don't really care about all the child actors claiming to have been witness to mass murders in public schools. With a final fiscal solution aimed at trimming the fat, it's only logical that some heads would roll, and it's just too damn bad 70 of those heads have been in schools. "Collateral damage" I suppose. 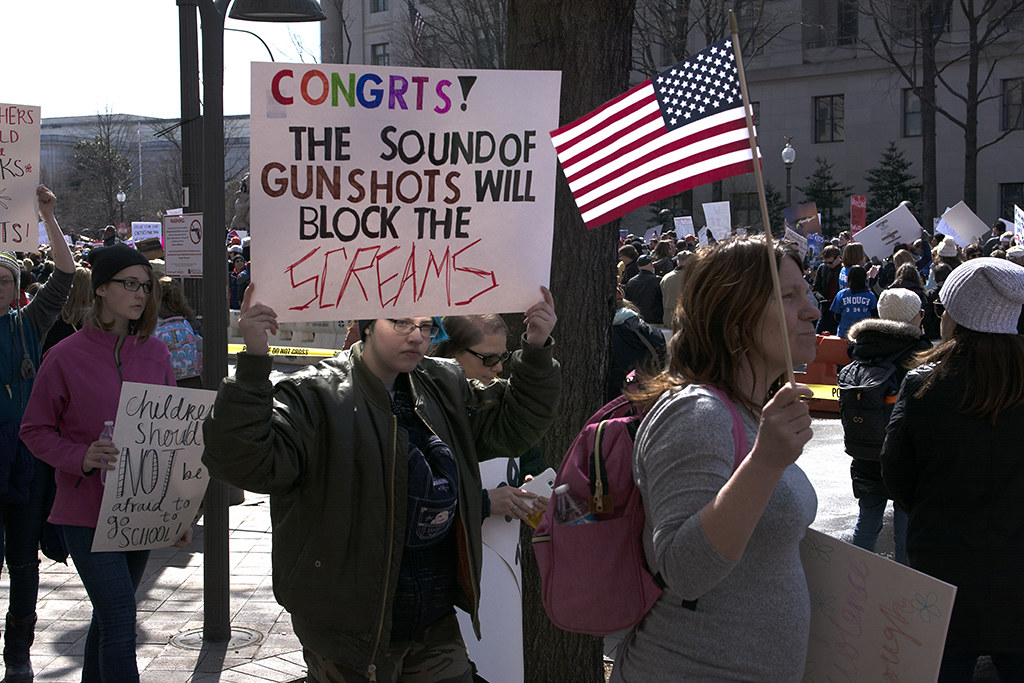 Wonkette is ad-free and relies SOLELY on YOU. Help us get through another bad day, and we'll help you do it too.