Republicans Still Gunning For Planned Parenthood, Maybe They'll All End Up In Jail 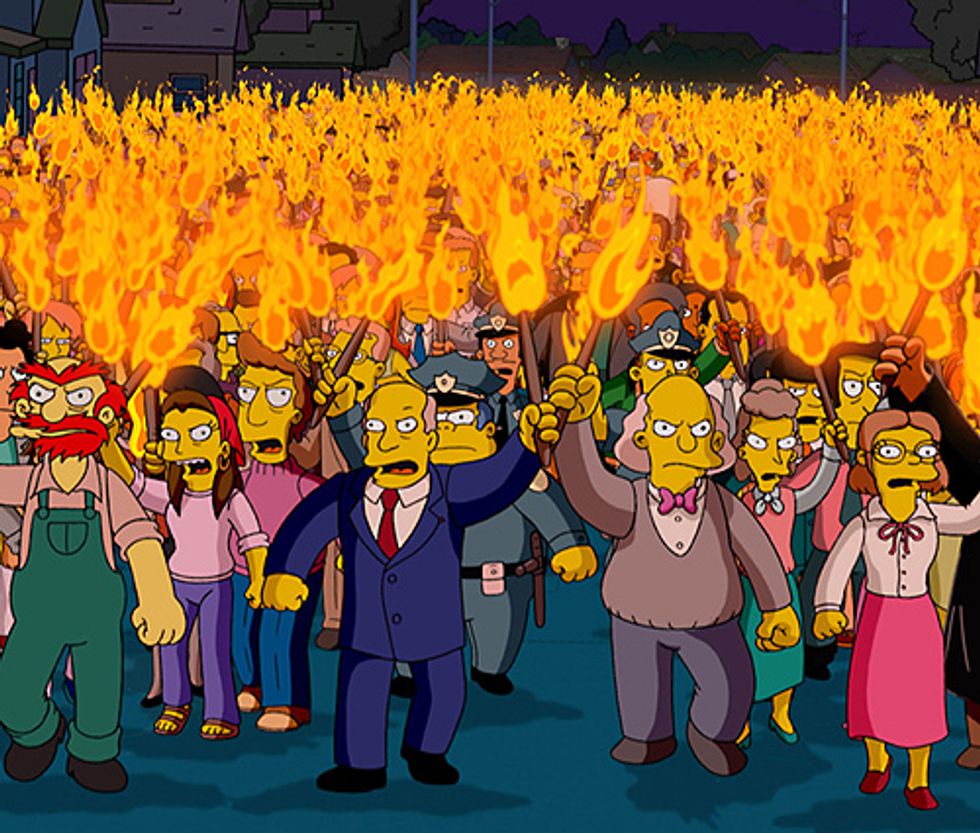 [contextly_sidebar id="nBLzcRUCovbukBeBupBtS2rcZVBh5PNg"]This week, we all learned a valuable lesson about how doing crimes to Planned Parenthood doesn't pay. Or, more precisely, those of us who already knew that sat back and laughed and drank sad "pro-life" tears because the lying crook fraudster fetus fetishists behind those Planned Parenthood slash-fic sting videos were indicted by a grand jury in Texas, for criming so hard.

You'd think that might give all the other "pro-life" extremists out there pause before continuing their pursuit of Planned Parenthood, for the not-actually-illegal atrocity of providing healthcare to women. But nope!

Rep. Marsha Blackburn (R-Tenn.), who is chairing a select investigative committee that purports to be investigating “big abortion providers" -- but for all intents and purposes is only scrutinizing Planned Parenthood -- said in a statement Tuesday that “the mission of our investigation has not changed.”

“We will continue to gather information and get the facts about medical practices of abortion service providers and the business practices of the procurement organizations who sell baby body parts,” Blackburn said. “These are issues of importance to the American people. We will study the laws on the books and follow the facts to defend life."

[contextly_sidebar id="A5cKzo9GTrv5y3UYnEp3gyQoKUWtShvx"]Actually, the American people really don't give a good goddamn about all that nonsense and want Congress to keep funding Planned Parenthood and otherwise shut the hell up. Not that Rep. Blackburn cares about that. True story! Besides, the dozen or so investigations, including this most recent one in Texas, have already determined that Planned Parenthood is not selling baby parts.

In fact, the only group interested in the sale of baby parts is -- wait for it, wait for it -- David Daleiden's Center for Medical Progress! Which is why he was also indicted for trying to buy baby parts, which is illegal, tsk-tsk, such a naughty boy, David!

He and his supporters insist his indictment proves Planned Parenthood does sell baby parts, even though he was never able to purchase them. This defense is right up there with the dumbass stoner who complains about getting busted because his "marijuana" turned out to be oregano. David Daleiden is one dumbass criminal, is what we're saying.

Speaking of dumbasses, Republican presidential hopeful and part-time senator Marco Rubio has some thoughts on this week's vindication of Planned Parenthood (again) and indictment of these "pro-life" dick pimples, and they are bad stupid thoughts:

“I think it’s pretty outrageous that Planned Parenthood was investigated by some lawyer or district attorney who apparently, according to some news reports, has actually been a board member of Planned Parenthood and donated to them,” Rubio said, responding to a voter question about abortion at an Iowa town hall.

“They investigated Planned Parenthood and they said: ‘We found they did nothing wrong,” he added. “But we’re going to indict the people who filmed them talking about these things.’ That’s outrageous.”

Rubio would think that, because he is an ignorant mother-scratcher. The "some lawyer or district attorney" with a blatantly political agenda is Republican Harris County District Attorney Devon Anderson, a "proud pro-life Texan" who in 2014 was "honored to be endorsed by Texas Right to Life PAC" and vowed to "always take a stand for those who cannot yet defend themselves." She was tasked with this investigation by fellow "pro-life" Republican Lt. Gov. Dan Patrick, who, like Texas Gov. Greg Abbott, remains determined to shut down Planned Parenthood, despite a complete lack of evidence of any criminal activity.

[contextly_sidebar id="EB2IoevJ1xzd7CZiYYmyVj6tR8YG4vym"]It wasn't supposed to be this way, as Fox News Senior Lawsplaining Dingleberry Judge Andrew Napolitano has been whining on pretty much every single show on Fox this week. They were supposed to prove Planned Parenthood was guilty guilty GUILTY. Funny how an investigation led by a proud pro-life Republican in Texas couldn't find any way to do that.

So screw you, reality! These brave "pro-life" Republicans are so certain Planned Parenthood is THE REAL KILLER that they're just going to keep on keeping on:

Rep. Brian Babin (R-Texas), for instance, said he was “disappointed and shocked” by the grand jury’s decision, and added that Daleiden employed “a common tactic used to uncover criminal activity.”

That's in no way true, but then, nothing any of these sleazebag "pro-life" extremists have ever said has ever been true, so why change tactics now? They'll keep investigating, and the "pro-life" movement will undoubtedly continue committing crimes -- even deadly ones -- for its cause until they stop women from receiving healthcare. Or until they all end up in prison. We'd be fine with that last one.