Republicans To Shut Down Government Again Because Screw You, America! 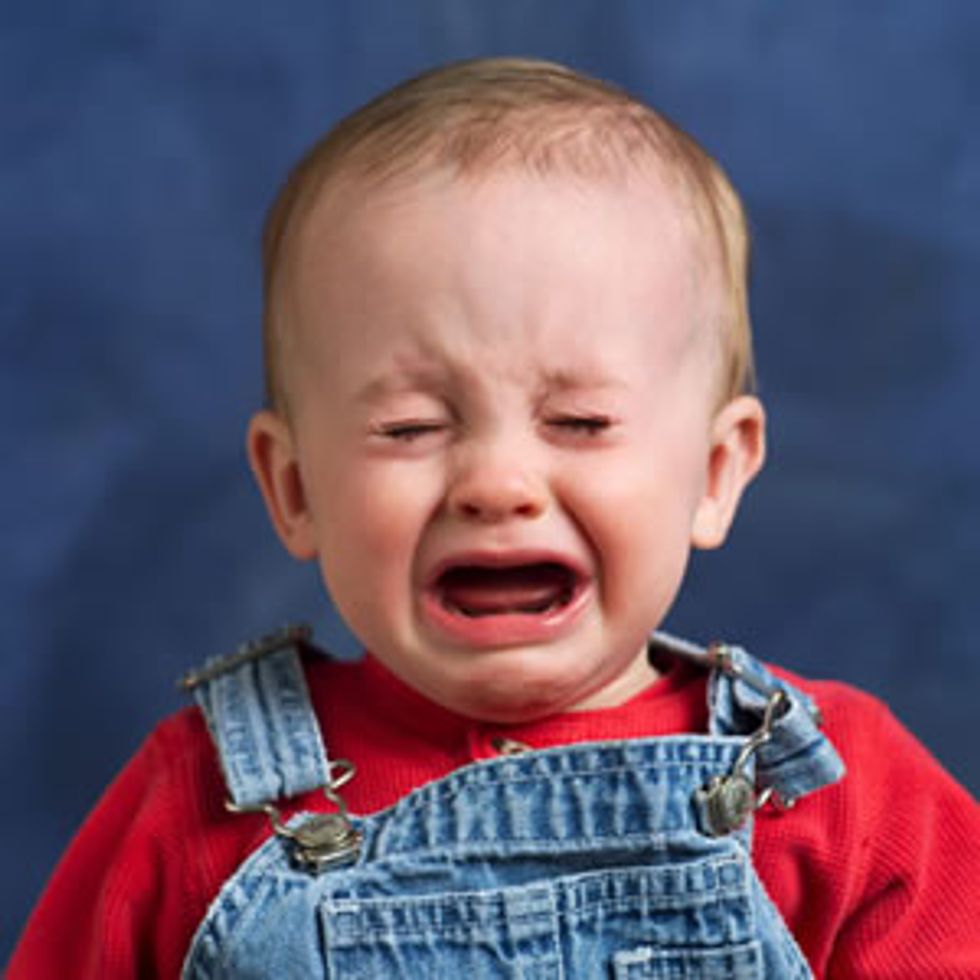 It has been almost five whole months since the grown-up Republicans in Congress threatened to SHUT IT DOWN faster than you can say "legitimate rape." So now seems like a pretty good time to do that again, huh? It was so all kinds of fun last time, when we damn near defunded the Department of Homeland Security because -- what was the reason again? Something something Obama shart-breath sadface? Yeah, that.

Whatsa matter this time, Republicans? Did you get sand in your vagina? Did your mistress put the cock ring on too tight? Did your mother not breastfeed you? Did daddy drink too much? Are you a bunch of mottled needle-dicks who hate women's health and will gladly seize any excuse to not do your job? Ding ding motherfrickin' ding!

Republicans are rallying behind a bare-knuckle strategy to strip Planned Parenthood’s government support via a must-pass fall spending bill, a momentum shift that dramatically increases the chances of a government shutdown fight this fall.

See, at first it was just Rand "I'm sort of a doctor" Paul, who declared earlier this month that he would "use all legislative vehicles [to] defeat and defund Planned Parenthood."

Then fellow senator -- and, oh gee, what a coincidence, presidential campaign rival -- Ted Cruz joined in and said he will also kick the U.S. government square in the nuts, with his Texas-style "debate boots" (that he got at Princeton) until Planned Parenthood is defunded. And 18 members of the House wrote a Sternly Worded Letter to Republican leadership, demanding Congress immediately and "fully" defund Planned Parenthood -- OR ELSE. Or else what, tough guys? Or else they "will not support any funding resolution -- an appropriations bill, an omnibus package, a continuing resolution, or otherwise." All of these smegma suckers would also like congressional investigations into whether Planned Parenthood is chopping up little babies and selling them to the highest black market bidder, for fun and profit and lolz. But in the meantime, before finding out whether that's true (spoiler: it isn't), can't we just take away all of Planned Parenthood's money anyway, pretty please?

The desire to burn Congress to the ground has spread faster than herpes in a frat house, and now all the Republicans want in on it. Here is Mr. Reasonable Maverick All-American Hero John McCain, being a pus-guzzling fustilarian, as per usual:

“It could invite a fight, but I think most Americans do not believe that their tax dollars should be used to fund the kind of grotesque procedures we’ve seen authenticated,” said McCain, who is trying to box out any primary challenge. “I would vote for a spending bill that defunded it, and that’s the way it’s going to be … it’s pretty obvious.”

OK, A, no one's tax dollars are spent on abortions in the first place, and two, sorry if you consider medical procedures "grotesque," but they are legal and should be legal, and sheeeeeit, aren't you supposed to be SO tough you single-handedly defeated Charlie or something? But ew, medical stuff, too gross!

Oh, and also a third thing: fuck you, John McCain, you insincere jackhole, YOU VOTED TO LEGALIZE IT! Yeah, that's right, McCain and a whole bunch of his Republican pals, including Mitch McConnell, who has scheduled a defunding vote for next Monday, supported the National Institutes of Health Revitalization Act of 1993, to permit using aborted fetal tissue for medical research. But now they are horrified, all of a sudden, because they heard about some videos claiming -- without any evidence whatsoever -- that everyone at Planned Parenthood is getting super rich by trafficking BABY PARTS. And Republicans have no reason to doubt the bogus claims from a group of anti-choice extremists who include, among their elite ranks, a pimply-assed millennial virgin whose entire career has been harassing abortion providers and making undercover creatively edited videos about them, and the president of Operation Rescue, Troy Newman, who thinks "pro-life" is a perfectly reasonable (and legal!) defense for terrorizing and murdering doctors. Why do you think he hired ex-con Cheryl Sullenger, after she finished doing time for trying to blow up an abortion clinic? Her winning personality?

Rep. Mick Mulvaney, one of the House ringleaders in this little hostage-taking scheme (the hostage is YOU, America), says he doesn't care if this stunt means another government shutdown because "this is one of those line-in-the-sand type of issues." Oh yeah? That's exactly what Michele Bachmann said in 2011 when she and her GOP pals made the same damn threats:

Not only is denying health care to low-income women the "watershed issue of our time," according to Bachmann, but it's also the "point where you draw the line in the sand and you have a hill where you die on." And then, after you die on that hill, you have both "an eyeball-to-eyeball fight" and a "knock down, drag down fight." That's a lot of fighting. And a lot of metaphors.

Mulvaney was a little baby freshman congressman back then, so maybe he doesn't remember how that worked out. But we do. Republicans lost that fight, and the next year, they lost a presidential election, and women and women-adjacent voters were SUPER PISSED that Republicans were trying to destroy one of the country's most beloved institutions. Probably a coincidence, though.

So while the latest polling shows that a majority of Americans still support Planned Parenthood and still oppose defunding it -- and they are not inclined to vote for politicians who try to do that -- that's no reason for Republicans to listen to voters and give up this pointless crusade, which is going to fail and damage Republicans and hey, maybe shut down the whole U.S. of American government for a while too, no big. But sure, go for it, Republicans, why not? What's the worst that could happen?