Republicans Will Save America By Outlawing Liberal Philosophers 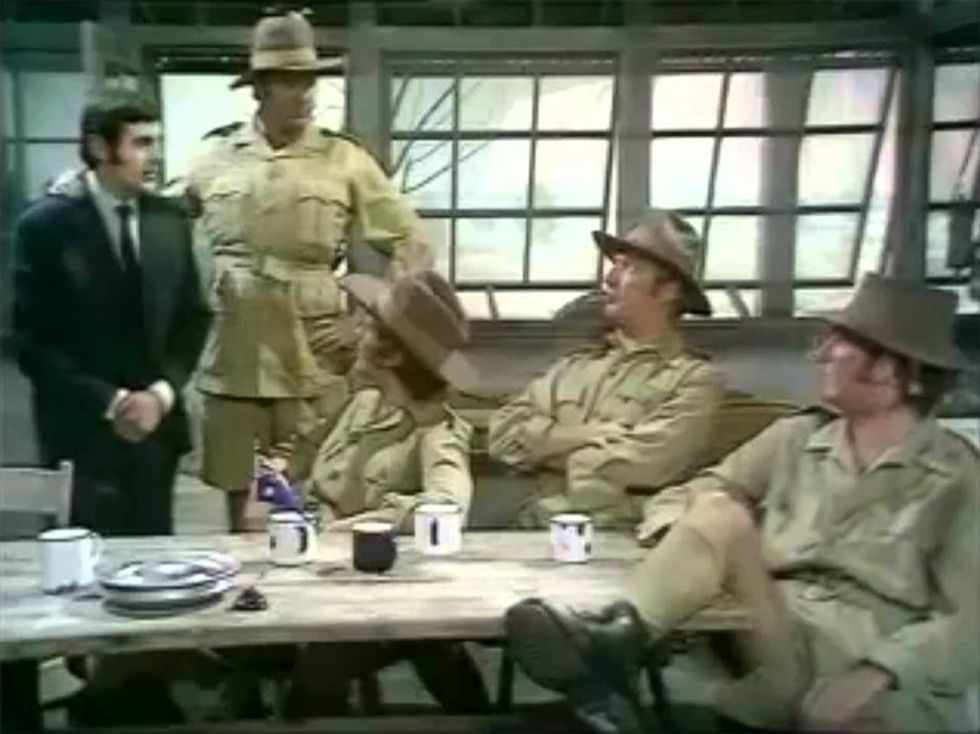 Marco Rubio got one of the strangest applause lines of Tuesday's GOP debate when he explained that our institutions of higher learning are wasting too much time teaching frou-frou topics like philosophy that Real Americans simply don't care about. You see, like all of the other candidates, Rubio is against raising the minimum wage, which is a terrible idea, because for one thing, did you know his father was a bartender? (This is one of two parental facts we will remember forever from this year's debates: Rubio and Graham, sons of bartenders; Kasich, son of a mailman. We'll be unbeatable at bar trivia.) Also, if you raise the minimum wage, then the Metal Men will surely replace us:

If I thought that raising the minimum wage was the best way to help people increase their pay, I would be all for it, but it isn't. In the 20th century, it's a disaster.

If you raise the minimum wage, you're going to make people more expensive than a machine. And that means all this automation that's replacing jobs and people right now is only going to be accelerated.

It's actually the 21st century, but the debate was on Fox Business, which never updated its name. Not an error, but a very subtle pander, there. Then Rubio laid out his vision for a better, more prosperous working class:

Here's the best way to raise wages. Make America the best place in the world to start a business or expand an existing business, tax reform and regulatory reform, bring our debt under control, fully utilize our energy resources so we can reinvigorate manufacturing, repeal and replace Obamacare, and make higher education faster and easier to access, especially vocational training. For the life of me, I don't know why we have stigmatized vocational education. Welders make more money than philosophers. We need more welders and less philosophers.

HUGE applause. Apparently, Rubio touched a deep-seated Republican disdain for all those worthless philosophers who've been clogging up the homeless shelters and going around forcing the Socratic Method on unwilling bystanders. Yr Dok Zoom is also reminded of his evil adopted brother, who had nothing but contempt for "intellectual bums" -- that would be me -- who just sat around reading all summer when there was yard work to be done.

[contextly_sidebar id="3vqm6UdtGFdqzdBGcc9MyPFDMJrTAMF7"]We could also point out that while Rubio said nice things about vocational education, Democrats have actually been trying to increase it; it's a central focus of Barack Obama's proposal to ensure that all American students get at least two years of community college, for instance. Funny, Republicans suddenly stopped cheering vocational education.

Incidentally, philosophy took another hit later in the debate, when John Kasich insisted, "Philosophy doesn't work when you run something. And I gotta tell you, on-the-job training for president of the United States doesn't work." All in all, it was a pretty bad night for philosophers.

Ah, but then the big media, those effete liberal arts majors, started picking things apart. In an instant fact-check provided during the debate, CBS News noted:

According to the Bureau of Labor Statistics, there are in fact 849,930 workers in welding or a related category, such as soldering or brazing. Their annual mean wage falls between $36,450 and $40,040.

Meanwhile, the BLS says there are 23,210 postsecondary philosophy and religion teachers (probably the closest one can be to a professional "philosopher"). Their annual mean wage is $71,350.

Well then! That's a relief for philosophers, who should by now be accustomed to abuse; at least nobody makes them drink hemlock anymore. And the welders can be quite pleased that, in the aggregate, they contribute more to the economy because of their greater numbers, grabbing upwards of $30 billion a year in income as a group, while that piddly collective of philosophers is only pulling down a total of 1.6 billion -- before taxes, of course, which Real Americans agree should be increased on philosophers and reduced on welders and CEOs.

[contextly_sidebar id="3knFGhxLrThe7yngoR6Urh6WnUPZjqwJ"]Rubio's comment played well with the anti-education wing of the GOP, which would be almost all of it. It also reminded us of that time last year when Dave Brat, the Virginia tea party congresslackwit who won Eric Cantor's seat, explained that schools hardly need any money at all, because, after all, the greatest thinkers only need their minds, not a lot of fancy-schmancy federal education policy and funding:

The greatest thinkers in Western civ were not products of education policy. Socrates trained Plato in on a rock and then Plato trained in Aristotle, roughly speaking, on a rock. So, huge funding is not necessary to achieve the greatest minds and the greatest intellects in history.

Mind you, Brat was wrong about the "rock" thing, since the Greeks had schools and stuff, but only an effete liberal would go and nitpick a perfectly good metaphor like Brat's.

In conclusion, we think there should be more songs about philosophy, like the Bruces' Philosophers Song. G'day!

Yes, Socrates himself is particularly missed: a lovely little thinker but a bugger when he's pissed.