Reuters To Cover Trump Like Any Other Tinpot Dictator 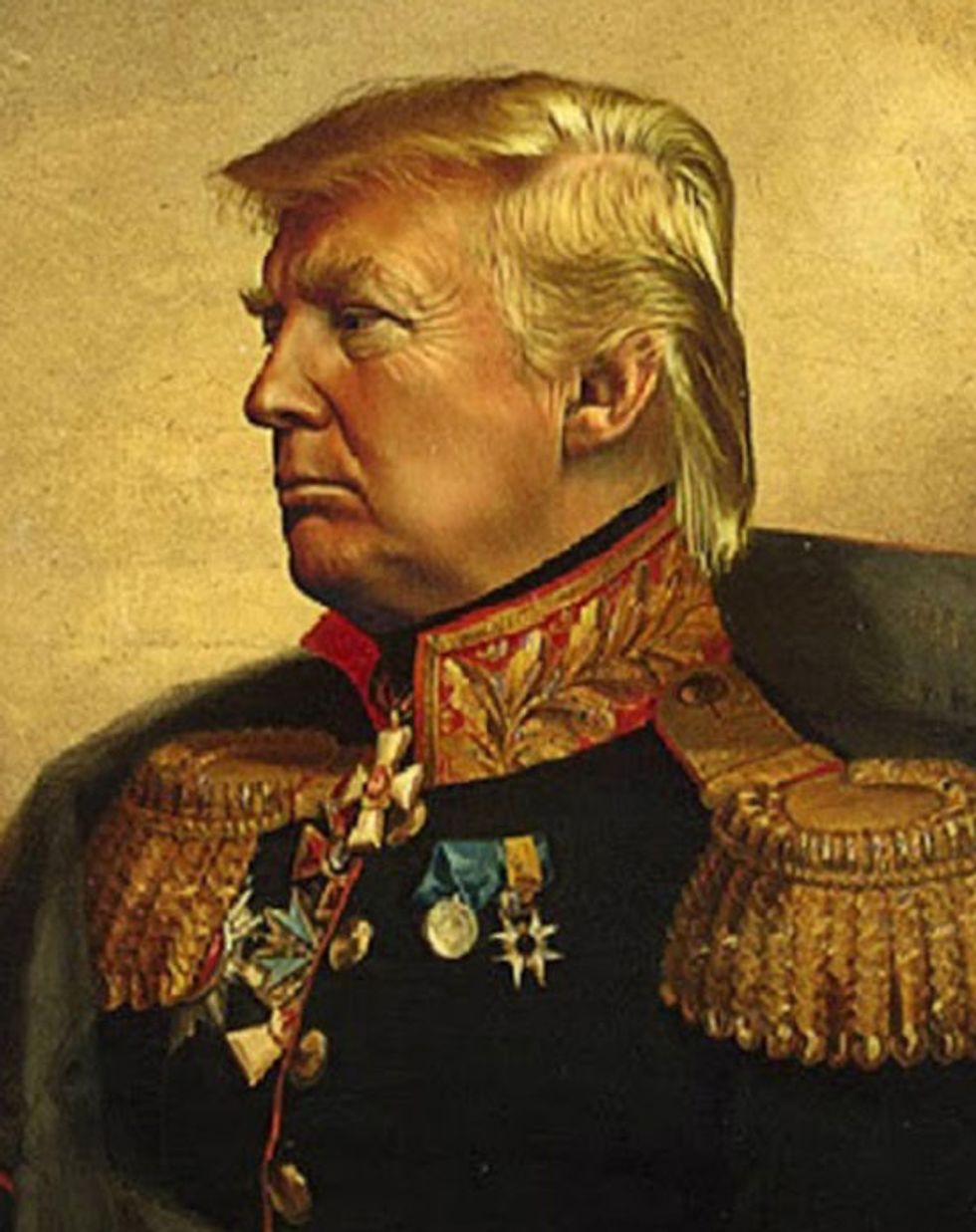 I believe I just got the Goodbye Look

In a pretty astonishing bit of corporate memo-ing, Steve Adler, Editor in Chief of the Reuters news agency, sent Reuters staff a memo outlining how the organization should cover the Trump administration: Pretty much the same as it would any other authoritarian regime where you'd be ridiculously naive to take the government at its word. This thing deserves to be printed out and pinned to cubicle walls, and maybe framed like the "declaration of principles" in Citizen Kane, apart of course from the thing where Kane stops following them immediately.

Etiquette Expert Steve Bannon Tells Media To Be Nice To President, Just Like Breitbart Was Under Obama

Steve Bannon is lecturing the media on why they should be nice to the president. Yes, really.

As a writing teacher, Yr Dok Zoom appreciates the clear explanation of the rhetorical problem: How do you cover someone who declares journalists “among the most dishonest human beings on earth” and whose co-president called the New York Times to label the press the "opposition party" and to warn the media to "keep its mouth shut and just listen"? So what's the answer? Avoid the administration? Oppose it? Trade flattering coverage for access? Just print "Sean Spicer blah blah blah lies lies dishonest media Twilight Sparkle whinny pee" after every presser? (Yr Wonkette has a keyboard macro for that.) Heck no: Just cover Trump's America like you would a bunch of the other places Reuters works from.

To state the obvious, Reuters is a global news organization that reports independently and fairly in more than 100 countries, including many in which the media is unwelcome and frequently under attack. I am perpetually proud of our work in places such as Turkey, the Philippines, Egypt, Iraq, Yemen, Thailand, China, Zimbabwe, and Russia, nations in which we sometimes encounter some combination of censorship, legal prosecution, visa denials, and even physical threats to our journalists.

Not that he's saying the Trump administration is anything like those places. Just reminding reporters that they're there. And even in those difficult environments for reporting, which are not being directly compared to the Trump White House, oh, certainly not, the basics of good journamalism still apply: Get solid facts and report fairly. So Adler offers some Do's and Don'ts for reporting on the Trump regime. Here are some of the Do's:

-- Become ever-more resourceful: If one door to information closes, open another one.

-- Give up on hand-outs and worry less about official access. They were never all that valuable anyway. Our coverage of Iran has been outstanding, and we have virtually no official access. What we have are sources.

-- Get out into the country and learn more about how people live, what they think, what helps and hurts them, and how the government and its actions appear to them, not to us.

Find out what the ordinary American thinks. If you're assigned a government "minder," be careful to avoid putting the ordinary folk you interview in peril of retribution. Try to find chances to speak to people when you're not under surveillance. Be aware that in the course of pursuing ordinary journalism you may be arrested and executed for espionage.

Washington, Tehran, not really that different.

And then there are the Dont's:

--Don’t pick unnecessary fights or make the story about us. We may care about the inside baseball but the public generally doesn’t and might not be on our side even if it did.

Whoops! Too Late! Expect a 3 a.m. tweetstorm accusing Reuters of gross incompetence, unfairness, and being the worst humans ever. Reuters is henceforth banned from White House briefings and its seat will be given to WND's Dr. Jerome Corsi, PhD, who's now the WH correspondent for Alex Jones (we are not making this up).

Adler, Adler... isn't that German for "eagle"? Trump does not have a good relationship with eagles.

--Don’t vent publicly about what might be understandable day-to-day frustration. In countless other countries, we keep our own counsel so we can do our reporting without being suspected of personal animus. We need to do that in the U.S., too.

--Don’t take too dark a view of the reporting environment: It’s an opportunity for us to practice the skills we’ve learned in much tougher places around the world and to lead by example -- and therefore to provide the freshest, most useful, and most illuminating information and insight of any news organization anywhere.

Translation: Yes, the weather's nicer in Mombasa this time of year, but you can still do good reporting without whining about how Sean Spicer never answers your questions. He never answers anyone's questions. And remember, we have to set a good example for the rest of the journalists. Maybe there's even hope for CNN (ha-ha, kidding!).

And no, you can't put the necessary bribes for access to government officials on your expense account. Fine, if you do, just call them "office supplies."

In conclusion, Yr Wonkette thinks those are some pretty good guidelines for reporting on the Trump junta, and also for some reason we were just reminded of this story that we meant to cover last week, in which Britain's Economist Intelligence Unit downgraded the USA from a "full democracy" to a "flawed democracy," and which was careful to say Donald Trump's election was a symptom, not a cause, of that evaluation, which was based on voters' increasing lack of trust in our institutions. Like the dishonest lying media, especially.

To celebrate our new Third World status, let's all have Gretchen pour us a Cuban Breeze: