Richard Mourdock Thanks Court For Striking Down Obamacare, Slams Court For Upholding It, Etc. 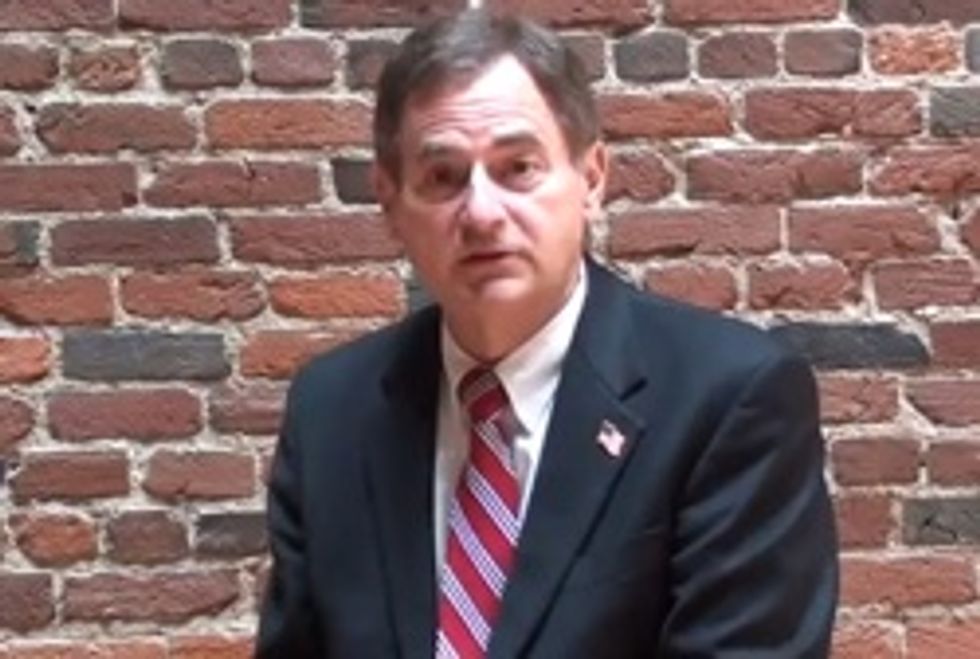 Here's Mourdock sitting in the comedy club from the opening of each Seinfeld, responding to the Supreme Court's decision to declare a clearly unconstitutional law (that all Republicans supported versions of for 20 years) constitutional. "Well, the Supreme Court has done what none of us really thought could happen." He's right, actually, it would be quite rare for this Supreme Court to not randomly strike down something that liberals like:

Next: "We've had our brief moment of celebration," but don't forget that Obama will now push for "Obamacare 2.0," this time featuring whips and chains and Sharia and huggable black professors.

No answer? We'll give you an answer, answerless people!

The liberal Solomons on the Court only overturned part of the law. Can you believe it? They only bothered to ignore 70 years worth of Commerce Clause precedent instead of having the guts to throw the whole thing out for no reason beyond their personal amusement.

At least we now know that Richard Mourdock is a dimension-hopping space witch imbued with the Devil's Magick. He'd be right at home in the Senate.