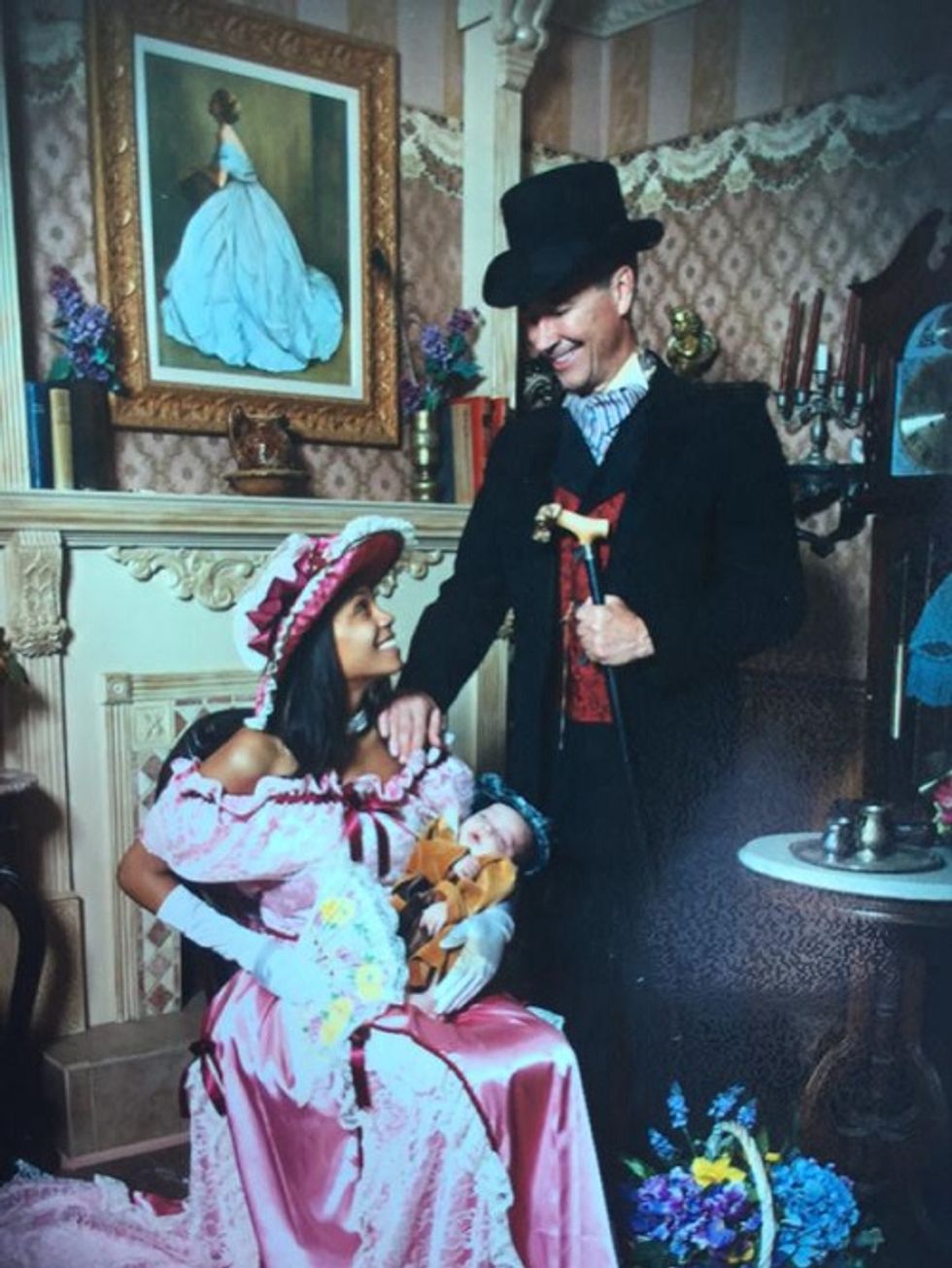 Morrisey and his then-fiancee, Myrna Pride, in 2015

You may have done your best to block out any memories of gross pervy former Virginia House Of Delegates member Joe Morrissey, who got in all sorts of criminal and political trouble for having an affair with his then-underaged secretary and pleading no contest to a charge of contributing to the delinquency of a minor. He lost his seat, then successfully ran -- from jail! -- for reelection in a special election for the seat again, thus removing his taint. Then he married Myrna Pride, the sweet gal with whom he'd had the affair, coincidentally mentioning that he'd also fathered about four hundred bastard children with other women, too.

Needless to say, he is now both running for mayor of Richmond, and has been accused of pressuring a former legal client for sex. The man is sort of like a Wonkette god. If he didn't exist, we'd have to create him, and then be very ashamed of ourselves.

Back in February, Morrissey was representing Kanika Shani Morris, 35, the defendant in a felony case where she'd been charged with failing to return a rental car. But according to Ms. Morris, Morrissey proposed a decidedly unconventional fee arrangement: She says he exposed himself to her, pressured her for sex, and made advances to her through text messages. Morris says after she said no, Morrissey handed her case off to another attorney in his office, who insisted she accept a plea deal because she hadn't paid Morrissey enough to have him represent her in a jury trial, as she had asked for.

A judge in Henrico County allowed Ms. Morris to withdraw the guilty plea last week after she came forward with the allegation of harassment.

“You always hear, ‘Joe Morrissey is a fighter.’ I heard it today,” she told the Richmond Times-Dispatch in an interview Thursday evening. “If anybody, I would hope that he would be able to help me. ... He’s more worried about what you can do for him sexually. What he can get out of a woman.”

Her description of her experience with Morrissey is consistent with text messages — some explicit — that she provided to the newspaper.

Not surprisingly, Morrissey denies everything, which is pretty compelling, considering that back in 2014 he claimed the nude photos of his teen secretary were only on his phone because political enemies had hacked it. Lesbian political enemies.

Morrissey held a press conference Friday "in the foyer of his home" -- nothing weird about that location -- at which he denied exposing himself, insisted he'd had nothing to do with Morris's decision to accept a guilty plea, and what's more said a female attorney in his office was present during the meeting in which Morris says he proposed they do unwanted sexytimes. He produced an email from the associate, Catherine Mullins, reading "to my recollection, I was with her the entire time and she was never alone in Joe’s office." That's at least better than lesbian haxxors, we'll agree. He also said Morris had never expressed any dissatisfaction with the plea deal.

Oh, yes, and also he did acknowledge that he'd sent Morris a few "flirtatious" text messages, as attorneys do. When they are scumbags. The Times-Dispatch notes that the timeline here is rather inconvenient from a marital perspective, since the text exchanges and the alleged peen flash occurred while Myrna was pregnant with their second child, and within three months of their having gotten engaged. But it was all completely innocent, as you'd expect from a guy in his late fifties engaged to a woman he boned when she was a teenaged office worker:

“And while I don’t recall the exact texts, I don’t deny them at all,” he said “What I do deny is ever, ever having any contact with her outside of my office after that first day with the exception (of) a preliminary hearing in June.”

After that particular detail, Morrisey's wife, Myrna, shooed the media out because what the hell were they still doing in her house anyway?

“I nicely asked you guys to stop the questioning, and to stop your video and to please exit my home,” she said, cutting Joe Morrissey off as he tried to answer additional questions. Their two young children were, at times, heard crying from another room. “I can’t ask you guys any nicer. Please.”

So, you know, normal times around chez Morrissey.

Morris told the newspaper in some detail about the encounter she says happened with Morrissey on February 1; she told him she only had $500 for an attorney but doubted the public defender assigned to her would be of any help. Morrissey agreed to represent her for $800, and she knew that was a bargain price. And then she found out, she says, what Morrissey had in mind to help justify the low price, and this is where we're going with a blockquote, because ew:

“He pulled his penis out and asked me to grab it,” she said. “I was scared to death. I froze up. I’ve come to you for help. I didn’t come to you to do those things. But I knew the price he had given me was a good price. It was a good offer.”

She said Morrissey was standing between her and the closed door to his office when he propositioned her, which made her extremely uncomfortable.

When she declined to touch him, she said he asked her to send “sexy pictures” later instead. She said she would and left his office.

That night at 9 p.m., she got the first of several text messages from Morrissey: “I never got those pics,” he wrote.

Morris replied “I got ya,” according to the record she provided.

Seven days later, having not received a response, Morris received a second message: “Hi Kanika. Never heard back from you...still need my help?”

The request for photos was repeated in subsequent messages. Each time, Morris brushed them off or made excuses about why she was unable to respond.

The situation escalated on Feb. 14 of this year — Valentine’s Day — when Morrissey asked her to come by his office.

“Make sure you wear fresh panties and shave your p**** nice n smooth,” the message said.

Morrissey insists the messages were perfectly OK, since Morris was a former girlfriend, which she denies -- instead, she says he had previously exposed himself to her in his office at the General Assembly in 2008, when she met with him to ask for help getting her voting rights restored after a felony conviction for passing bad checks. He says they had consensual sex, she says, ew no.

And what we'd really like explained about all of this is why people in Richmond seem to love the guy: The Times-Dispatch says Morrissey is "the apparent front-runner in the Richmond mayor’s race," but not why. Eep.

Morrissey insists Morris's story is completely false, and said today that two people will come forward soon who will "completely debunk" Morris's claims. In an interview with a local TV station, Morrissey called Morris's charges "one of the most mean spirited Election Eve things I've ever seen. Stay tuned to what's coming up next." You know, just another Cocktober Surprise.

Dear god. Maybe we could talk more about Hillary Clinton's emails some more.