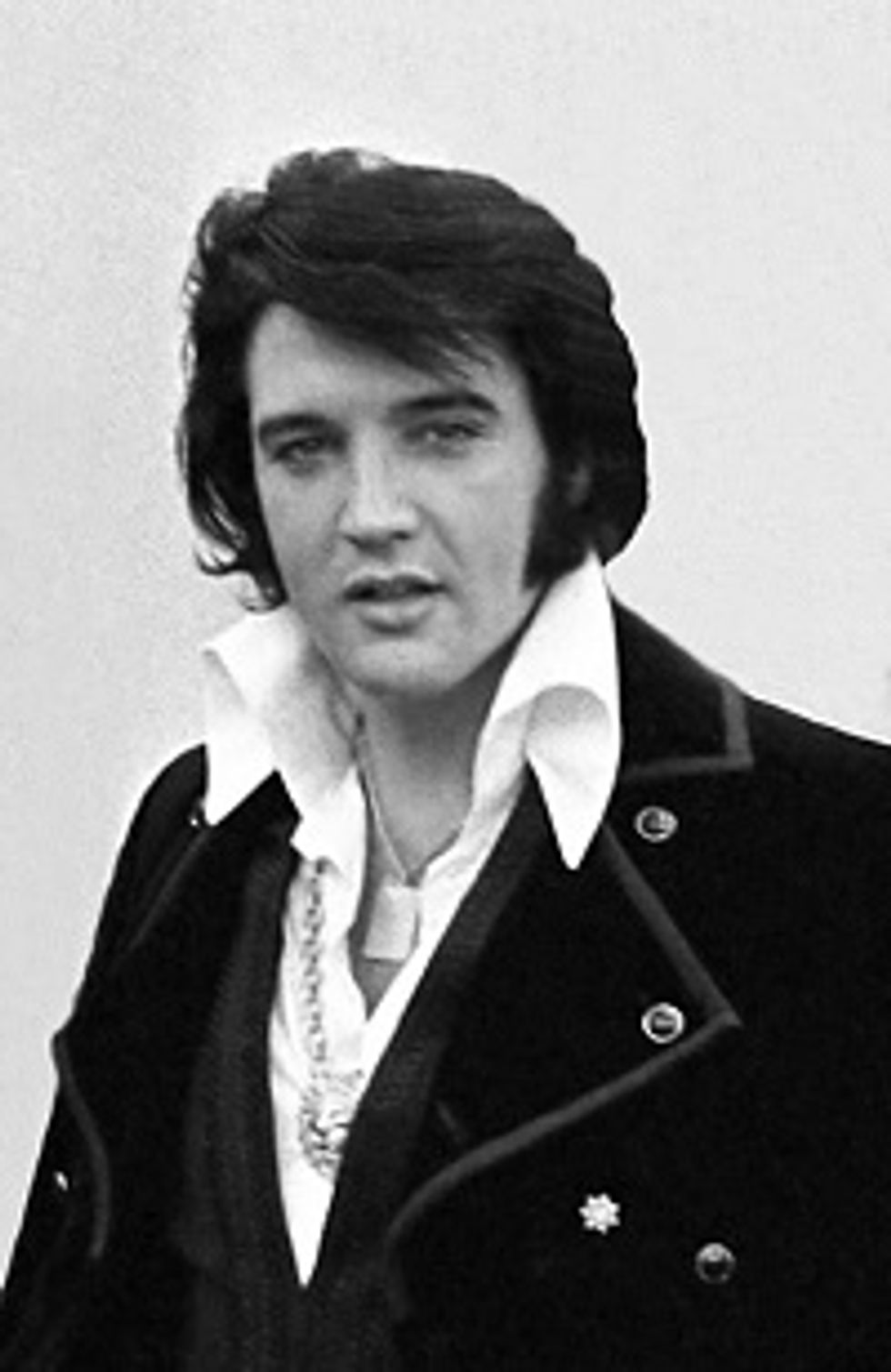 Here is a fun little follow-up to a story wefirst told you about over a year ago. As you recall, after several public officials, including President Obama, received ricin-laced letters in the mail, the FBI zeroed in on one Paul Kevin Curtis of Tupelo, Mississippi, an Elvis impersonator with a rather colorful history. Curtis immediately pointed the finger at his sworn enemy James Everett Dutschke, a taekwondo instructor and Wayne Newton impersonator with whom he had been feuding for years. A coffee grinder Dutschke took from his dojo and dumped in the trash tested positive for ricin, along with some other items, and he was arrested.

And there the story seemed about to end. Dutschke agreed to plead guilty to the charges in January and appeared in federal court on Tuesday for his sentencing hearing. At which point things got, as they say, whack.

Dutschke reportedly recanted his confession and launched into a rant against Kevin Curtis, the Elvis impersonator he attempted to frame for the letters, comparing him to a Barney the Dinosaur impersonator. Then Dutschke compared himself to an Olympic gymnast.

Dutschke then said that he would happily empty the contents of the letters he is accused of sending into a peanut butter sandwich and eat it to prove it was a harmless organic fertilizer, not poisonous ricin.

Is it wrong for your Wonkette to want the court to take Dutschke up on this offer?

Dutschke then returned to accusing Curtis of being the real ricin mailer, and also claimed he had been framed by the FBI and federal prosecutors. There is no word on why the FBI would want to frame this guy, particularly in such a clumsy fashion. Nor is there any word on what brought on this entire reversal, though we are betting it had something to do with the 25-year prison sentence that the court was likely going to hand down. Some guys will say anything to get out of a commitment.

Stay tuned, kids. We may not be done with this Faulkner-meets-John-Berendt tale of weird skullduggery quite yet.