Rick Perry: Poor Texans Love Not Having Health Insurance, It Is Their Hobby 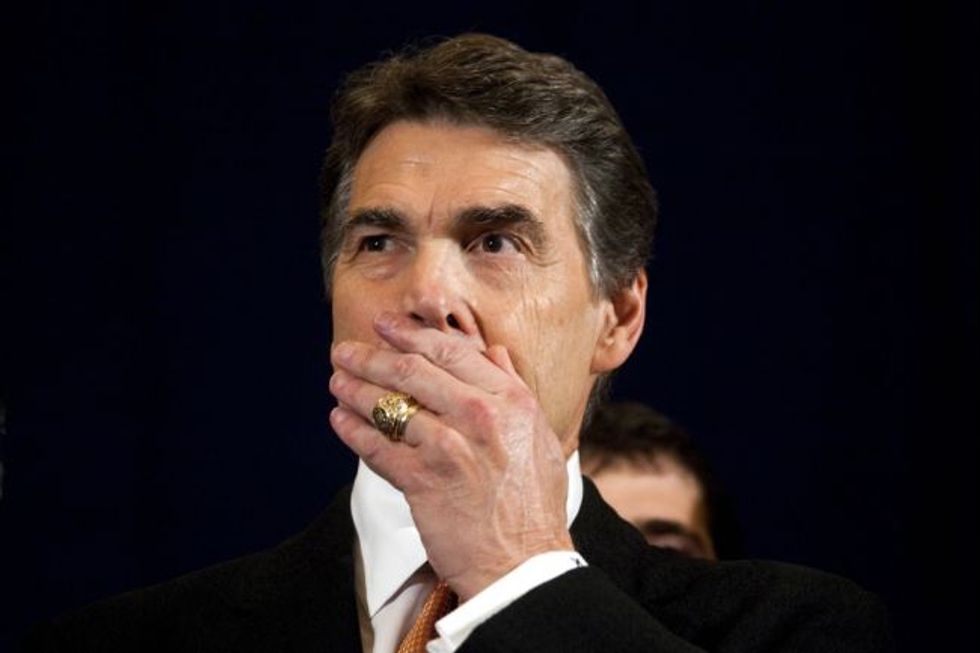 In terms of health insurance coverage rates, Texas is the worst. Literally! Depending on the data you look at, between 20 and 22 percent of its total population lacks health insurance. That is terrible for those approximately one million very poor Texans who don't have any health insurance, plus another few million moderately poor who also don't have it. But fortunately, those poors have a former Republican governor named Rick Perry who really likes to travel to Iowa and New Hampshire and talk to the media, as you do when you're gunning to be a two-time presidential nomination loser. Rick Perry would like you to know that Texans are actually delighted to be uninsured.

In a recent interview with the New Hampshire Journal, Perry said, "Texas has been criticized for having a large number of uninsured, but that’s what Texans wanted. They did not want a large government program forcing everyone to purchase insurance."

Hmm, we aren't sure if it's strictly true that low-income Texans don't want health coverage although it's possible they might say they don't want Obamacare because it's socialism. But we are sure that during his tenure as governor, Perry decided not to expand the Texas Medicaid program, even though that meant a million very poor Texans fell into what is called the Medicaid expansion gap. What's the expansion gap? It's when you make too much money to qualify for Medicaid (you make more than $4,500 per year) and you are also too poor to qualify for subsidies to afford to buy insurance (you make less than $11,670). If you're a Texan and you're in this coverage gap, you're pretty poor, and as Rick Perry says, you have exactly what you wanted - no health insurance!

About five million other Texans are uninsured who are not in the coverage gap. Some are eligible for subsidies but haven't gotten around to buying coverage. Some are Medicaid-eligible kids whose parents or guardians might not know they're eligible. Some are undocumented immigrants who will never, ever, ever be eligible for health insurance in U.S. America, because have you looked at your Congress lately? Some are morons who could afford insurance but aren't buying it because ObamaBenghaziAbortionGays, and yeah, this group probably legit enjoys being uninsured, plus their tinfoil hats are protecting them from measles.

Hey, maybe the new Republican Governor of Texas, Greg Abbott, will expand Medicaid or help low-income people access their ACA benefits! Haha, no. Abbott flirted with being health insurance-curious for a few minutes, but it didn't take. Uninsured low-income Texans will have to just keep on being psyched to be uninsured, because having health insurance takes away all of your freedom, as Ayn Rand pointed out when she wrote the Constitution. If low-income people are so happy not to have insurance, doesn't this make you wonder why most higher-income people have it? It is because rich people hate freedom.